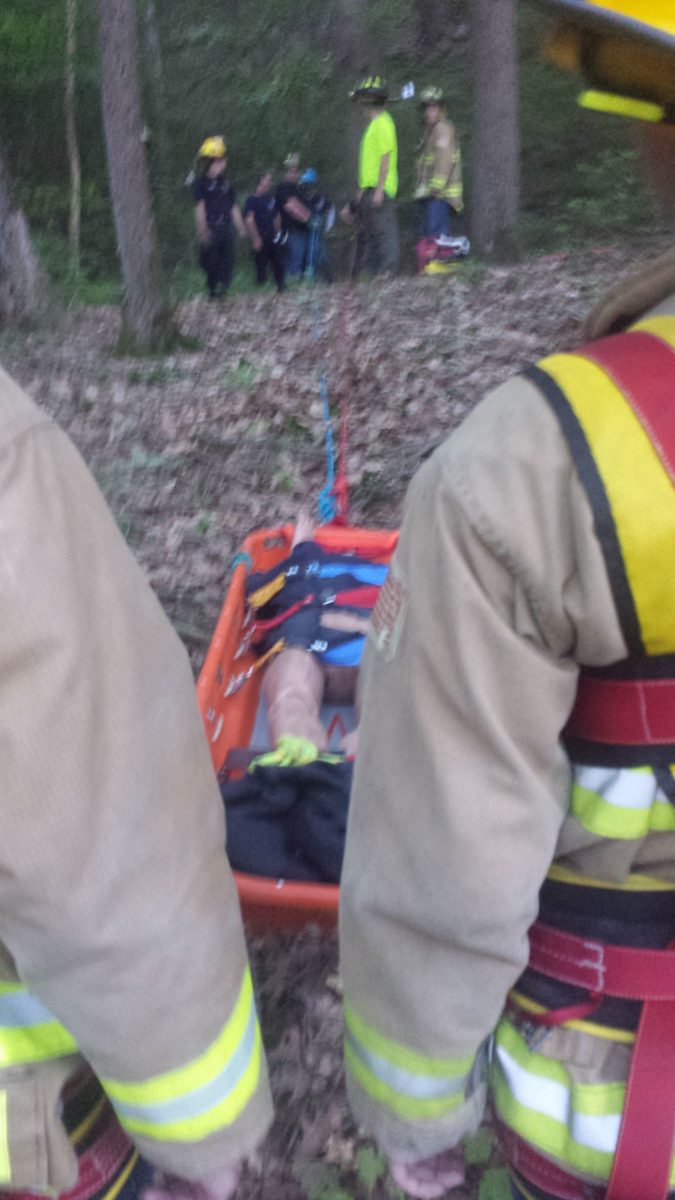 SOUTHWICK—As several fire department vehicles and an ambulance where lined on the roadside, 19 firefighters and EMTs trekked through the wilderness.

The firefighters and EMTs were not going through the wilderness for a lost hiker, though. Instead, Southwick Fire Department personnel went to the Granville Gorge in Southwick to practice what is called “low-angle rescue,” or a rescue that happens on uneven and sloped terrain. It is one of the many ways firefighters are constantly learning to be prepared, even when they are volunteers, like the majority of Southwick’s personnel are. 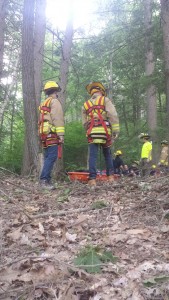 And the firefighters and EMTs have used this particular training once before, which shows just how important it is for them.

“The preparedness was there, but the process itself was lengthy,” Lt. Mike Ferraraccio said. He was speaking about the first time the firefighters used the training they were learning yesterday, after a man fell into the gorge. They said that the man who fell survived.

Southwick EMT and instructor Eric Brogan said that, to date, the department has used the training on three different occasions, so it is important to practice it and be ready, especially when it is rarely used.

“At least once a year we have training [for low-angle rescue],” Brogan said. “And we’re developing a new program for 14 volunteers on weekends.” 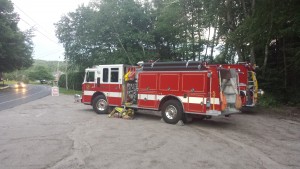 For the low-angle rescue, the firefighters and EMTs formed two separate teams and performed two different portions of a rescue. For one, they had to secure a safety mannequin onto a Stokes basket, which is a type of stretcher with multiple handles that allows for rescue of people where they are not able to reach easily, and then secured to an all-terrain Polaris vehicle and driven out. The second group then participated in a slope rescue, where they had to successfully lower a mannequin, also loaded onto a Stokes basket, through brush and rocky terrain, being guided by

According to training officer and Capt. Mike Kennedy, low-angle rescue is one of the many programs that they partake in. Next month he highlighted a water rescue practice that will happen at Lake Congamond, and they regularly practice search and rescue, ladder use and other advanced firefighting techniques. And in spite of the department being a mostly volunteer department, all training and equipment is provided free-of-charge to the personnel.

For those interested, Southwick Fire Department is still seeking volunteers. Visit http://www.southwickfire.org/ or 413-569-6363 if you’re interested in volunteering.