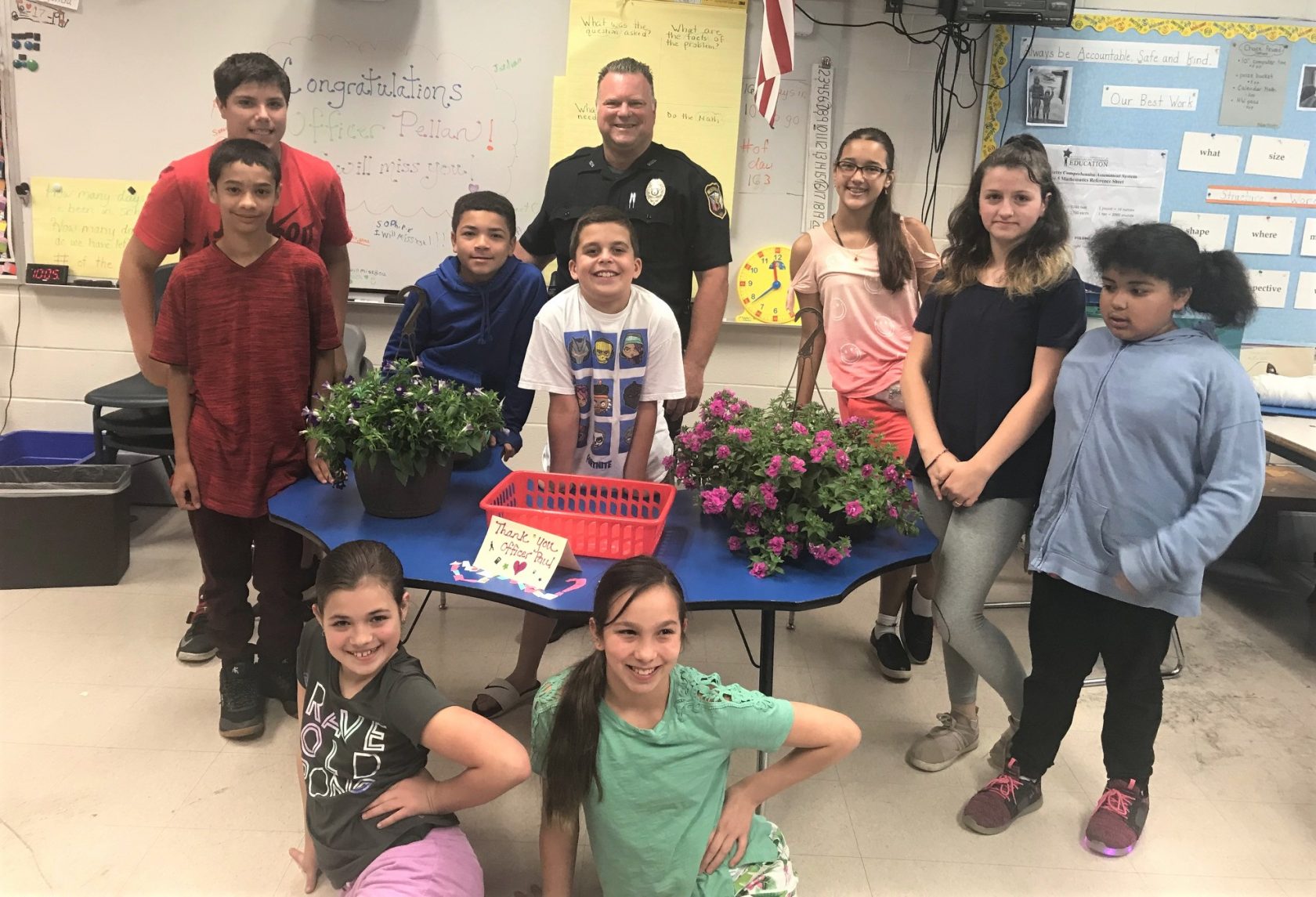 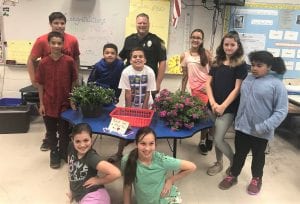 WESTFIELD – Officer Paul Pellan was honored for his 25 years of service to the Westfield Public Schools June 19.

Pellan, 55, who has been the school resource officer for 18 years and coordinated the city’s DARE program prior to that, is retiring as of July 1. He has served the city as a police officer for 32 years.

“I am so proud of you,” said student Sophia Kalter Paredes. “Thank you for your service.” 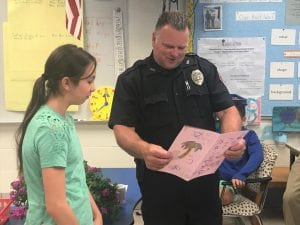 Rogers was previously the principal at the former North Middle School and worked closely with Pellan.

“Whenever I had a situation I needed help with, the person I always felt comfortable going to was Officer Paul,” he told the class. “He is an outstanding resource officer. Officer Paul was always there to help both children and adults and I’m going to miss him.”

Pellan said being the school resource officer was “a pleasure” and noted that he has worked with thousands of students over the years, whom he often sees around the city.

“As the students have grown up, I see them at stores and restaurants, and they always say hi,” he said.

For Pellan, keeping students safe was always his number one priority.

“We always try to keep the kids on track,” he said. “And we work with students, parents and teachers to get them on track, and keep them on track.”

Over the years, Pellan has seen issues surrounding mental health and student behaviors become more prominent. Pellan said this is a city-wide concern, not just in the schools. 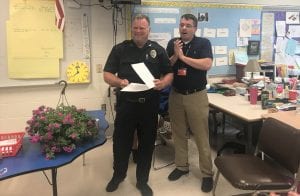 “More and more on patrols we see a lot of mental illness,” Pellan said. “With children in schools, we try to help them and get them plugged into other resources if needed.”

Working with students has been the highlight of Pellan’s 32-year career as a Westfield Police officer.

Pellan’s immediate retirement plans include relaxing, golfing and taking a vacation. Beyond that, he plans to work as a Special Police Officer in the city when needed.