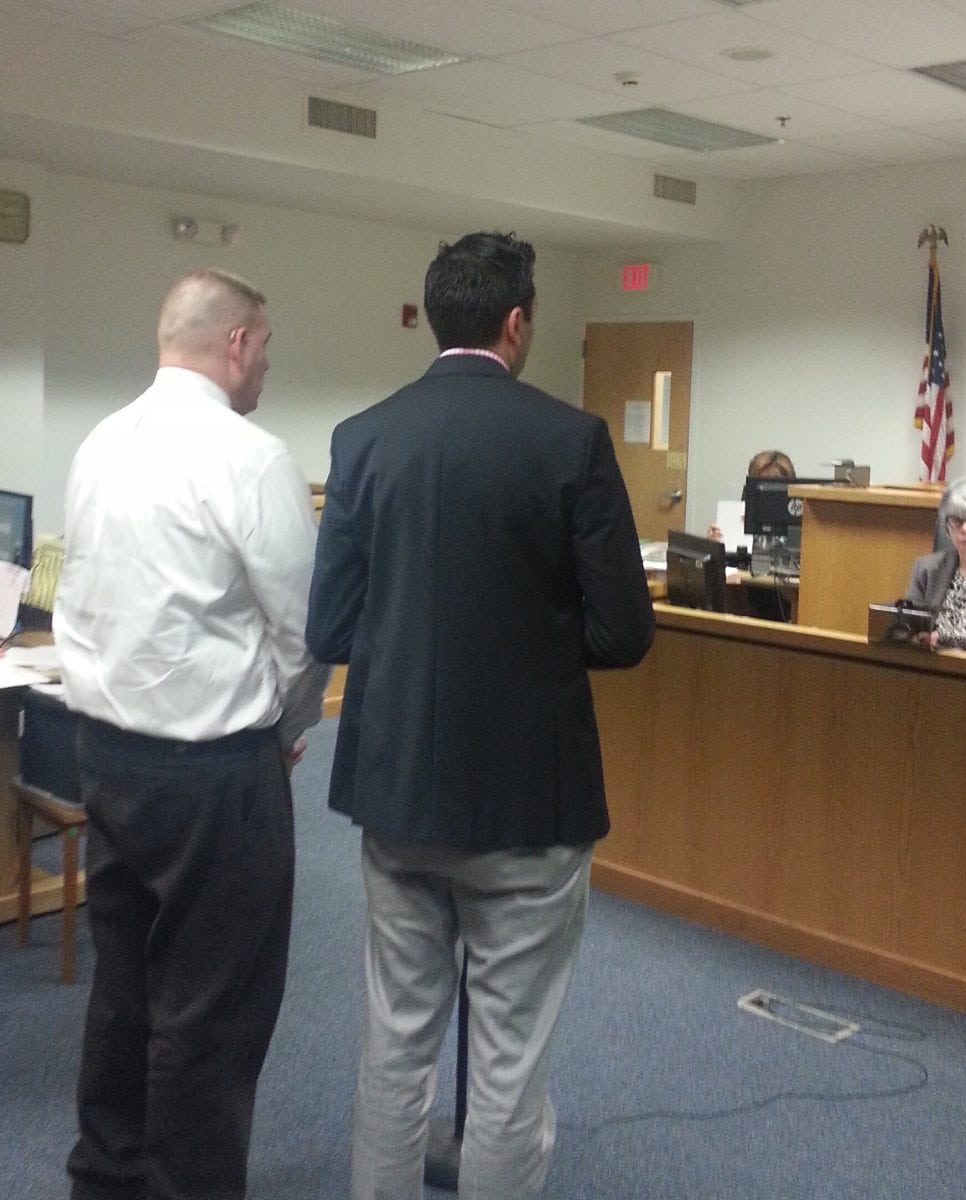 WESTFIELD – Accused child pornographer Eric Jenney appeared in Westfield District Court Friday morning for a pretrial hearing, which simply led to a new court date.
Westfield District Judge Philip A. Contant scheduled a second pretrial hearing for October 30.
Jenney’s attorney, Jared Olanoff, said the district attorney’s office is deciding whether to move the case to Hampden County Superior Court.
“We’re hanging in the balance,” said Olanoff, who was appointed to the case because he can represent the defendant in both jurisdictions.
“Since Mr. Jenney is not being held in custody, we have no problem with allowing them time to decide what to do,” Olanoff said.
Jenney looked very nervous and had a nephew accompany him to court Friday.
Jenney, 45, was arraigned June 26 on charges of three counts of possession of child pornography, three counts of possessing a firearm without a Firearms Identification (FID) card and one count of improper storage of a firearm.
Westfield Police had executed a search warrant on Jenney’s home on June 25 as part of an ongoing investigation and found images of child pornography on Jenney’s personal computer (Dell hard drive), a Sony camera’s scan disc card and on a thumb drive.
The pornography charges include videos of sex with children under 10 containing what police believe to be a very explicit situation involving the defendant with a minor child, according to court records.
Additionally, the search recovered two firearms, a 38 5-shot revolver and a Remington 22 Rifle along with a small safe full of ammunition. The revolver was loaded and stored in an unlocked drawer without a trigger lock or safety device, according to City Hall records.
There is dual jurisdiction, Olanoff said. The case could be resolved in district court or Jenney could be indicted in superior court. The case may also go before a grand jury, Olanoff said.
The Commonwealth filed an affidavit in support of pretrial detention on June 26, but Contant said Jenney’s case doesn’t fit the criteria required for pretrial detention.
Jenney was released June 29 on $5,000 personal surety with strict pre-trial release conditions, including not abusing or making or threats against any of the alleged Commonwealth victims and witnesses and not being allowed to use a computer, access the Internet or possess any pornographic materials.
Nine other conditions were listed including that the defendant shall not have any unsupervised contact with any child age seventeen or younger including but not limited to physical, auditory and electronic contact.
In June, Contant said there would be visits to Jenney’s home to verify his compliance.
Olanoff said that Jenney is being fully compliant with all the pre-trial release conditions.
According to court records, this is an ongoing investigation with more charges expected to follow.
A spokesperson from the Hampden County District Attorney’s office said there was no new information to release on this case at this time.
Staff Writer Christine Charnosky can be reached at [email protected]