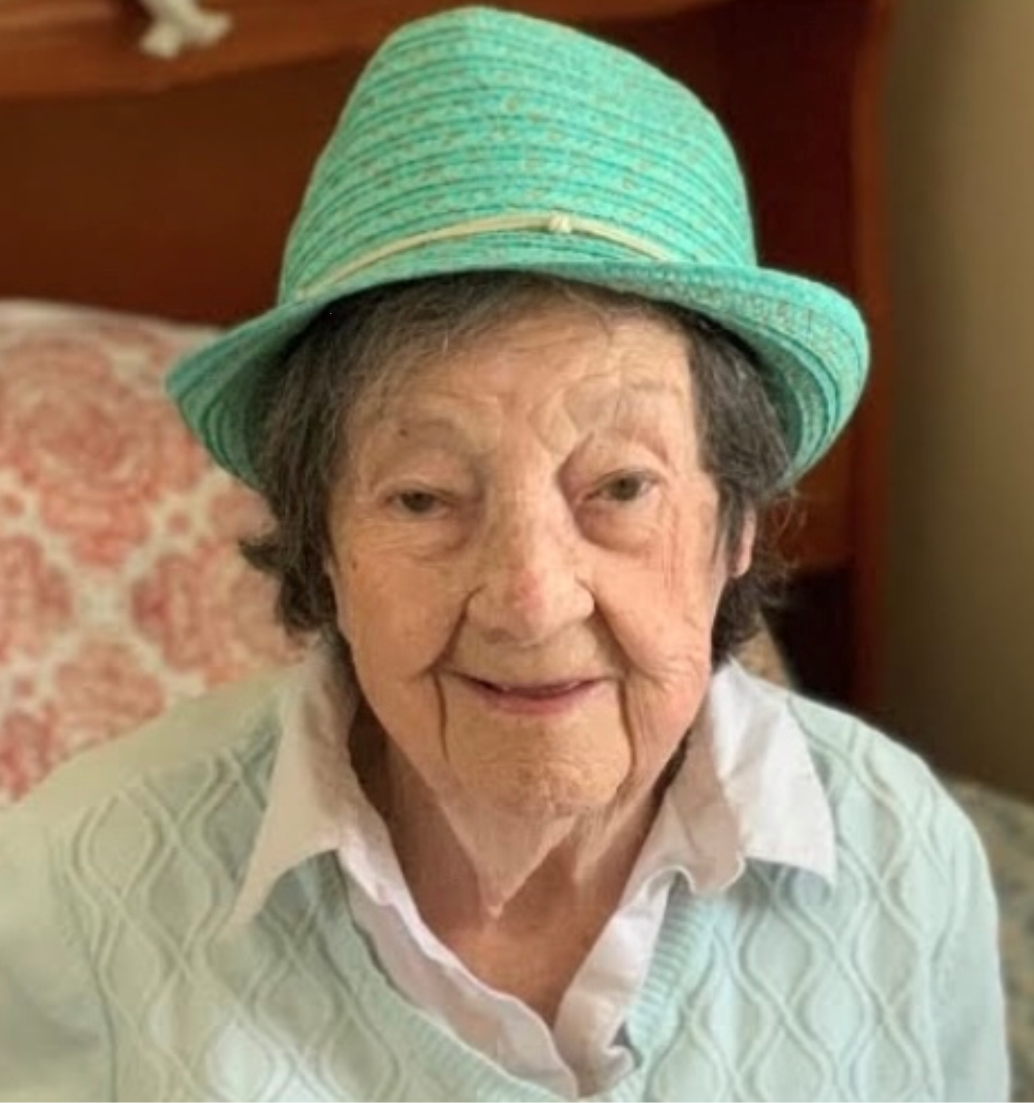 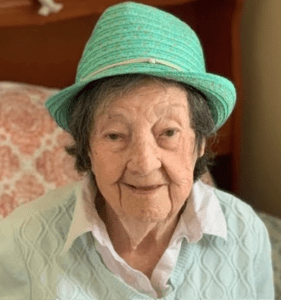 Angela is survived by her loving children Paul A. Ciborowski and his wife Beverly and Angela M. Cyrankowski and her husband Robert, all of Westfield, a brother Alan Bell and sister Sylvia Carol, both of England and two cherished grandchildren Michael Cyrankowski and Elizabeth Deauseault, six great grandchildren and four great-great-grandchildren. Sadly, she was predeceased by her siblings James Bell, Frank Bell, Jack Bell and Elizabeth Cannon, also an infant brother Alec Bell.

Mom was born on a wintry morning December 19th at St. Luke’s Hospital Manchester, England. Growing up in Manchester with her dog Tippett, she was given the task of riding her bicycle out to the countryside to release her father’s homing pigeons. Mom shared many stories about World War II Air Raid Shelters, the bombing of Manchester, and blackouts. She met her future husband, an American GI, Paul Ciborowski, and in March of 1946 sailed to America aboard the Queen Mary. Mom missed her family in England very much! Angela’s passion was singing. There’s not a song she could not remember the words to. At 16, she became Rose Queen and wore a beautiful gown handmade by her mother. She continued to share her love of music wherever she had the opportunity, joining the Westfield Senior Center’s “Do Re Me’s”. She could be seen at Stanley Park concerts wearing her unforgettable blue hat. She said she wore her hat so she wouldn’t get lost. Mom was so recognizable, she was asked to run for city council by a gentleman in the grocery store. She spent many happy years at the Arbors of Westfield singing and dancing her way into their hearts. She had such a “sparkle”, everyone knew her. Mom had a sweet, joyful spirit. She always told me, “Never gossip or speak ill of anyone. It will always come back to you.” She lived by these words, and I never heard her say a bad word about anyone. The word LOVE defines mom the best! She turned the other cheek and spread joy and happiness wherever she went. She will be missed but not forgotten….LOVE NEVER DIES.

A service will be held on Saturday, January 23rd at Firtion Adams. Visiting hours will be from 1-2 pm with a service immediately following. Donations in Angela’s name may be directed to Talin Ganemian, The Arbors Reflection Unit Activities Fund, 40 Court Street, Westfield, MA 01085