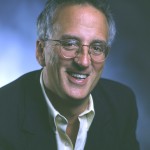 NORTHAMPTON – Andrew Zimbalist is not your ordinary economist. The nationally renowned economics professor at Smith College has a passion that crosses over from his personal time to his professional life: baseball.
Zimbalist has written over 20 books during his tenure at the Northampton school, where he has been teaching since 1974. Several of his books involve the business of sports, including 2010’s “Circling the Bases: Essays on the Challenges and Prospects of the Sports Industry”. His next book, “The International Handbook on the Economics of Mega-Sport Events”, is set for an April 30 release.
While football grows more popular each year in the United States, and basketball becomes more culturally significant at home and abroad, baseball is still the national pastime, a game in which numbers and statistics arguably have more symbolism and importance than any other sport.
Having earned a B.A. from the University of Wisconsin, and both his M.A. and Ph.D from Harvard University, Zimbalist spent lots of time in some very passionate hotbeds of sports, and it is that same passion that has contributed to his past work as a consultant for player’s associations, teams and leagues within the sports industry.
In a recent phone interview, Zimbalist gave his opinion on various baseball developments and the overall state of the game.
Regarding the recent free agent signings of first baseman Albert Pujols and shortstop Jose Reyes on the part of the Los Angeles Angels of Anaheim and the Miami Marlins, respectively, Zimbalist has a very analytical take.
“Players signing big money contracts is nothing new in baseball, but the deal the Angels gave Pujols (10 years, $254 million) is a big gamble due to his age.” Zimbalist said of the 32-year-old, a three-time Most Valuable Player award winner in the National League, who won his second World Series ring with the St. Louis Cardinals last fall.
Since lucrative television contracts are a major source of income for Major League Baseball teams, Zimbalist believes that the Pujols signing will enable Angels owner Arte Moreno to snag a big television contract for his team in  the second largest media market in the country.
On the Marlins signing of Reyes away from the division rival New York Mets, Zimbalist’s opinion once again comes down to his analysis of the economics involved.
“The team is moving to a new ballpark that is owned by Miami-Dade County and received a lot of funding from the city of Miami,” Zimbalist stated, in reference to Marlins Park, which was built on the site of the old Miami Orange Bowl.
Despite their status as an expansion franchise (playing their inaugural campaign as the Florida Marlins in 1993), the team has won two World Series titles during their relative infancy in Major League Baseball.
However, the team underwent several rebuilding phases during their tenure at Sun Life Stadium, which Zimbalist attributes to years of frugality on the part of owner Jeffrey Loria.
“Moving to the new park, they needed to make a splash in the free agent market, and signing a star like Reyes to a six-year deal worth $106 million will reinvigorate that organization.” Zimbalist also mentioned that, while Miami is not considered to be a large media market on par with Los Angeles or New York, it is home to a large Cuban population known for it’s affinity for baseball, which he says will support the team and make up a large portion of their fan base.
Despite the signings of these two mammoth contracts on the part of Pujols and Reyes, Zimbalist does not foresee any negative response from Major League Baseball’s loyal fan base.
“The American public doesn’t mind if it’s entertainers and athletes get paid exorbitant amounts of money,” he said. “What they mind is when someone like Bernie Madoff steals the money they work so hard for. Look at our actors and actresses, people who get paid several million dollars for one picture.”
When asked about who he likes to win the World Series this fall, Zimbalist takes an honest, logical approach.
“All I can say is that there are a few teams with a legitimate shot at a championship. I would say the New York Yankees, the Boston Red Sox and the Philadelphia Phillies are contenders, although the Tampa Bay Rays are very strong, too. It’s too early to make a prediction, I think,” Zimbalist concluded.
The only sure bet is that larger markets will continue to strike eye-popping mega deals, and that regional cable sports and broadcast networks will continue to outbid each other for local media rights, as the big revenue generator to make up for it.
And that Andrew Zimbalist will continue to provide a deeper understanding for fans of how our national past-time is changing with the economic times.