by MARK G. AUERBACH
Arts Correspondent
Broadway at The Bushnell: 2014-15
The Bushnell’s Broadway Series is the only theatre around that offers the latest Broadway musicals on a Broadway scale. Their new season offers some blockbusters.
Direct from Broadway are Tony Award winners “Pippin” with its Stephen Schwartz score, Diane Paulus staging (a Tony winner) and sizzling Bob Fosse-style dancing (January 6-11), the 2012 Tony-accoladed “Once” (May 19-24), last season’s dynamic “Kinky Boots” which fuses the music of Cyndi Lauper with the book of Harvey Fierstein (June 23-28). “Kinky Boots” brought home the Tony for “Best Musical”, “Best Score”, “Best Choregraphy” and more.
From recent Broadway seasons, Hartford audiences can see the revival of “Evita” (September 23-28), Tim Rice and Andrew Lloyd Webber’s landmark story of Argentine First Lady Eva Peron; and “Nice Work If You Can Get It” a lighthearted musical comedy set in the 1920s with a Gershwin score full of hits and standards (February 3-8). 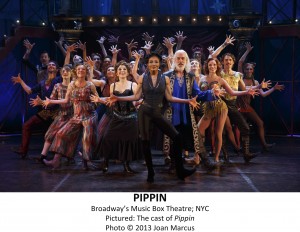 Also on the season calendar: “Wicked”, which just celebrated it’s 10th sold out year on Broadway, pays a return visit to Hartford (November 5-23).
It’s great family fare which tells the story of the witches of Oz, before Dorothy arrives. Diana DeGarmo and Ace Young head the cast of Andrew Lloyd Webber’s “Joseph and the Amazing Technicolor Dreamcoat” (October 14-19); Lerner and Loewe’s “Camelot”, the classic musical about King Arthur and his court, his wife Guinevere, and Sir Lancelot (April 21-26) rounds out the season.
Current Bushnell Broadway series subscribers will receive their renewal packages by mail. If you want to subscribe for the upcoming season, call the box-office at 860-987-5900. Tickets to individual shows go on sale late summer.
By the way, very few tickets remain for the Bushnell’s upcoming presentation of “The Book of Mormon”, so if you’ve been sitting on the fence, time to head for the phone (860-987-5900) or the laptop: www.bushnell.org.
Premiere in Putney
Yellow Barn Music Festival, one of the cultural gems of Southern Vermont, premieres a new work, “The Sarajevo Haggadah; Music of the Book” at Sandlass Theatre in Putney on March 20 and 22. A new work for accordion, piano, and video art created in residence at Yellow Barn, “The Sarajevo Haggadah” brings the talents of composer and accordianist Merima Kljuco, videographer Bart Woodstrup and pianist Seth Knopp together to tell the story of a Passover text and the rituals of Passover, as they pass through a war-torn capital. After the Putney premiere, “The Sarajevo Haggadah; Music of the Book” begins a national tour. For tickets: 802-387-6637 or www.yellowbarn.org 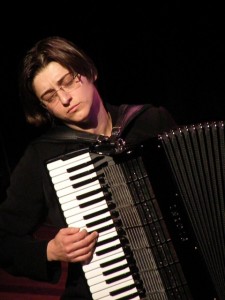 Keep in Mind…
***Michael Lankester, former Maestro of the Hartford Symphony Orchestra from 1985-2000, returns to conduct the ensemble in a performance of Elgar’s elegant “Enigma Variations” (March 20-23 at The Bushnell’s Belding Theatre). Also on the program: Bruckner’s Symphony No. 3. For tickets: (860)244-2999 or www.hartfordsymphony.org.
***Man of La Mancha, the musical about Don Quixote, began its life decades ago at the Goodspeed Opera House in East Haddam, Conn. Over the years, the gem which features “The Impossible Dream” has played Broadway, the world, the cinemas (with Peter O’Toole) Broadway again, and now Springfield. There’s one performance at Symphony Hall on March 23. For tickets: 413-788-7033 or www.citystage.symphonyhall.com
Mark G. Auerbach studied theatre at American University and the Yale School of Drama. He’s worked for arts organizations and reported on theatre for newspapers and radio.