Rick Springfield: Stripped Down
Pop-rock idol Rick Springfield brings his Stripped Down Tour to The Colonial Theatre in Pittsfield, for one performance, on March 26 at 7:30 p.m. Rick Springfield fans will get to witness the pop-rock idol as they’ve never seen him before in his first-ever solo acoustic tour! In addition to playing unplugged versions of many of his memorable tunes, Springfield will share stories about the songs and his life during the performances and do a Q&A session with fans after the performance.
Springfield is known for one of his most famed hits, the Grammy Award-winning #1 single “Jessie’s Girl,” a landmark of ’80s pop-rock that helped establish the emerging music video age. His 1983 album went platinum on the strength of hits “Human Touch,” “Souls,” and “Affair of the Heart.” That same year Springfield won the American Music Award for “Favorite Pop/Rock Male Artist.” Springfield is also known for his role as Dr. Noah Drake on the daytime drama General Hospital. 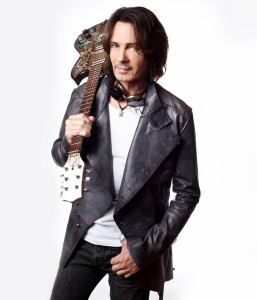 For tickets: 413-997-4444 or www.berkshiretheatregroup.org.
The Other Place
Sharr White’s well-received drama/thriller “The Other Place”, brought home rave reviews in its New York debut last year. TheaterWorks in Hartford, in a co-production with the Reprtory Theater of St. Louis, beings the hit to Hartford through April 19. TheaterWorks Artistic Director Rob Ruggiero stages the play.
In “The Other Place”, a successful doctor, unravels while presenting a promising drug for dementia at a conference. Her seemingly successful career, marriage, and children begin to fall apart in an unorthodox, non-linear unfolding. White, an up-and-coming writer on the theatre scene, had a second Broadway play this year–”The Snow Geese”, which starred Mary Louise Parker. Another White play, “Annapurna” showcased the talents of Megan (“Will & Grace”) Mullally.
Kate Levy plays the doctor in “The Other Place”. The cast includes r. Ward Duffy, Clark, Carmichael, and Amelia McClain.
For tickets: 860-527-7838 or www.theaterwokshartford.org.
Bach, Beethoven and Prokofiev
Springfield Symphony Maestro Kevin Rhodes returns from Paris and Japan to conduct the orchestra in a program of Bach, Prokofiev, and Beethoven on Saturday, March 29 at Springfield’s Symphony Hall. Violinist Yevegeny Kutik solos on Prokofiev’s Violin Concerto No. 2. Kutik first made his debut with the Boston Pops and Maestro Keith Lockhart in 2003 playing the Sibelius Concerto as the 1st prize recipient of the Boston Symphony Orchestra Young Artists Competition. Mr. Kutik holds a bachelor’s degree (cum laude) from Boston University and a master’s degree from the New England Conservatory in Boston where he makes his home. He has a new album, “Music from The Suitcase: A Collection of Russian Miniatures” out next month on the Marquis Classics label.
Bring a non-perishable food item to the performance. The Springfield Symphony Orchestra is participating in this year’s national “Orchestras Feeding America” food drive, an initiative launched in 2009 by the League of American Orchestras. They’re partnering with the Food Bank of Western Massachusetts. For tickets and details: 413-733-2291 or www.springfieldsymphony.org. 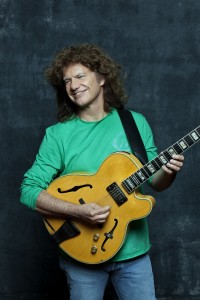 Grammy Winner Pat Metheny Unity Group in Amherst
Pat Metheny and his band Unity Group bring some spring sizzle to the UMass Fine Arts Center on Wednesday, March 26, as part of their 44-city national tour. The group, including guitarist Metheny, Chris Potter on sax and bass clarinet, longtime collaborator Antonio Sanchez on drums, and Ben Williams on bass, and multi-instrumentalist Giulio Carmassi, all have a slew of credits and accolades to their names. They joined forces as Pat Metheny Unity Group. Their first recording was recently released on the Nonesuch label.
Over the course of more than three decades, Metheny has set himself apart from the jazz mainstream, expanding and blurring boundaries and musical styles. His record-setting body of work includes 20 Grammy Awards in 12 separate categories; a series of influential trio recordings; award-winning solo albums; scores for hit Hollywood motion pictures; and collaborations and duets with major artists such as Ornette Coleman, Steve Reich, Charlie Haden, Brad Mehldau, and many others. His band the Pat Metheny Group, founded in 1977, is the only ensemble in history to win Grammys for seven consecutive releases.
For tickets: 413-545-2511, 800-999-UMASS or www.fineartscenter.com
Keep in Mind…
***Deadly Deception at Sobibor, the story of the Nazi’s cover-up of a Polish concentration camp, is the subject of a new documentary by Longmeadow native Gary Hochman. Hochman is a film maker from PBS, who is best-known for the NOVA/PBS special ““Secrets Beneath The Ice” (about Antarctica and climate change). He’ll chat about his new documentary on Sunday, March 23 at 9:30 a.m. at Sinai Temple in Springfield.
Mark G. Auerbach studied theatre at American University and the Yale School of Drama. He’s worked for arts organizations and reported on theatre for newspapers and radio.