A Christmas Carol Returns…
As “Nutcracker” is to ballet, “A Christmas Carol” is to theatre. Based on Charles Dickens’ novella, published 170 years ago, the story relates the redemption of the bitter, miserly Ebenezer Scrooge, after he’s visited by ghosts of Christmas past, present, and future.
There have been a myriad of adaptations of the Dickens’ novella, from Patrick Stewart’s 1988 one-man reading (in which he played all the characters) to a stage musical in London starring Anthony Newley. “Scrooge or Marley’s Ghost” was a short British film that dates back to 1901. Jim Carrey starred in the latest film version in 2009. 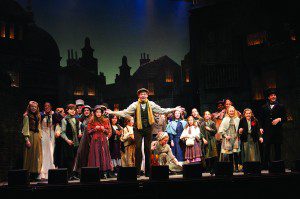 The Berkshire Theatre Group’s production of “A Christmas Carol” at Pittsfield’s Colonial Theatre (December 14-29) traces its roots back to Springfield’s late StageWest, when director Eric Hill turned the classic into a power theatre production. Hill has again adapted the classic for Berkshire Theatre Group, where he co-directs the production with Travis Daly. It’s a large-scale extravaganza, wrapped in Victorian style sets and costumes, and filled with an abundance of holiday songs. For tickets: 413-997-4444 or www.berkshiretheatregroup.org
Hartford Stage is also presenting Michael Wilson’s adaptation of “Christmas Carol: A Ghost Story of Christmas” through December 28. For tickets: 860-527-5151 or www.hartfordstage.org
Hallelujah! Hallelujah!
Handel’s “Messiah” gets a lavish production with the Hartford Symphony on December 7 at The Bushnell. Carolyn Kuan conducts the Hartford Symphony and the Hartford Chorale (Richard Coffey, music director) in this holiday classic, one of the most famous choral works ever written. Soloists include: soprano Rochelle Bard; mezzo soprano Daniela Mack; tenor Matthew Grills, and bass-baritone Lester Lynch. For tickets: 860-244-2999 or www.hartfordsymphony.org
Keep in Mind…
***Tanglewood has announced its 2014 season. James Taylor, Renee Fleming, The Boston Pops, Garrison Keillor, Chanticleer, Joshua Bell, Jason Alexander, John Williams, Josh Groban and more headline the season. Tickets go on sale on January 24. For details: www.tanglewood.org. 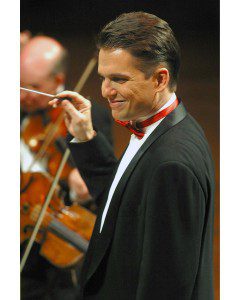 ***Boston Pops ! Keith Lockhart and the Boston Pops bring holiday cheer to New England with performances on December 6 in Worcester at the Hanover Theatre for the Performing Arts (Tickets: 877-571-7469 or http://thehanovertheatre.org) and December 7 at the Jorgensen Center for the Performing arts at UConn/Storrs, CT. (Tickets: 860-486-4226 or www.jorgensen.uconn.edu)
***Hartford Stage has given Broadway its first blockbuster musical of the season. Jefferson Mays stars in “A Gentleman’s Guide to Love and Murder”, which played Hartford last year. It’s the hilarious tale of a potential heir to a fortune, who bumps off eight competitors, all played by Mays. Darko Tresnjak, the new Artistic Director of Hartford Stage, directs. With a slew of rave reviews, it’s a sure bet for winter theatre going on Broadway. http://www.agentlemansguidebroadway.com/index.php
***Valley Gives. Last year, on 12-12-12, over 6,000 individuals supported non-profit organizations in Hampden, Hampshire, and Franklin Count in this one-of-a-kind online fundraiser. During a 24-hour period, donors went online to support their favorite charities, who became eligible for additional prizes, courtesy of the Community Foundation of Western Massachusetts and their partners. Save the date: 12-12-13. Go to their website, www.valleygivesday.org and point and click. You’ll find a variety of groups eligible for contributions, from arts organizations to schools to animal shelters, to after-school programs, to more.
Mark G. Auerbach studied theatre at American University and the Yale School of Drama. He’s worked for arts organizations and reported on theatre for newspapers and radio.