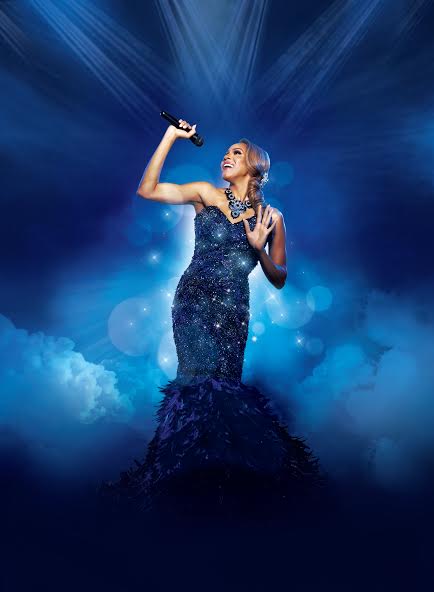 Book: Good Night. Dear Hart, Good Night is the true tale of a local woman, married to the bank commissioner who brought the infamous Ponzi to justice. A collaboration by columnist Jeanne Gionfriddo and The Big Broadcast! and Berkshire Theatre Group music director Mark Gionfriddo. For details:  http://goodnightdearhart.com/ 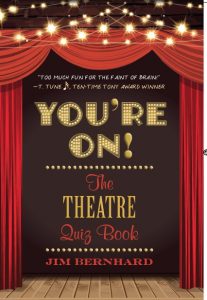 Cover Art for You’re On.

Gift Cards. All the area theatres and concert halls offer them. They make great gifts, because you don’t have to commit to a specific performance or date. And, when you gift tickets for a specific date, remember that they’re often  non-exchangeable. Gift cards offer flexibility.

Gift Membership. TDF, the good people who run the TKTS booth in Times Square,  offer students, seniors, military, retirees, and more up to 70% off tickets to Broadway, Off Broadway, Off-Off Broadway, dance and music performances in New York City, and memberships cost $12.00/year for those who live 100 miles or more outside The Big Apple. To see who qualifies for membership, and gift options: https://www.tdf.org/nyc/25/National-Gift-Memberships 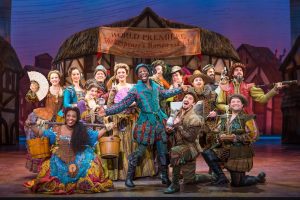 Cast of the Something Rotten! National Tour. Photo by Jeremy Daniel

Tickets: Something Rotten, the wacky Broadway musical, plays The Bushnell January 30 through February 4. It’s1595, and two brothers are desperate to write a hit play and compete with that Shakespeare guy. A local soothsayer predicts that the next big thing combines music, dance and theatre, and the brothers attempt to put on the world’s first musical. For details: www.bushnell.org.

Tickets: Constellations, Nick Payne’s fascinating play about a man and woman in and out of love, is fascinating, and a well-deserved award-winner in London and New York. I saw the play a couple of years ago at Berkshire Theatre Group, and it was one of the more exciting contemporary dramas I’ve seen. Rob Ruggiero directs the play at 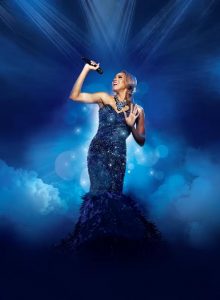 Deborah Cox as Rachel Marron in The Bodyguard. Photo by Joan Marcus

Tickets: The Bodyguard, the movie musical with Whitney Houston is now a Broadway-bound stage musical, starring Deborah Cox. It plays The Bushnell enroute to New York on . February 20-25. It’s got those hits “Saving All My Love” and “I Will Always Love You”. For details: www.biushnell.org. 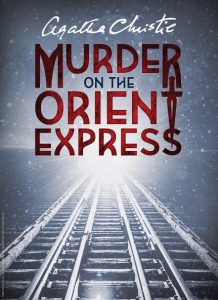 Graphic for Hartford Stage’s Murder on The Orient Express.

Hartford Stage’s A Christmas Carol has a new Scrooge, Michael Preston, and during the show’s run, an original 1939 storefront window display from Marshall Field & Company depicting an outdoor scene from Charles Dickens’ A Christmas Carol will be on exhibit at the theatre. The Dickensian vignette, in two separate intricately-detailed panels, has been repaired and refurbished by Hartford Stage’s Props and Electrical teams. It’s a gift from Coventry CT shop owners Bill and Joy 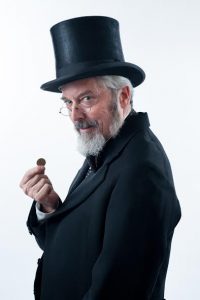 Michael Preston makes his debut as Scrooge in A Christmas Carol at Hartford Stage. Photo by Defining Studios.

WAM Theatre has donated $9,000 to Soldier On Women’s Program, as part of its ongoing initiative to donate a portion of proceeds from its ticket sales to non-profits that serve women and children. WAM’s donation will support care during the transition to independent or family life for the formerly homeless female veterans in residence at the Soldier On Women’s Program. For details on WAM: www.wamtheatre.org.

Shakespeare and Company’s 2018 summer season will include three plays by The Bard. Macbeth, As You Like It, and Love’s Labor’s Lost will be presented on various stages at the Lenox, MA theatre campus. For details: www.shakespeare.org.

Sax & Strings brings two talented duos together to perform new music, under the auspices of the UMass Department of Music and Dance on December 3. .Duo Montagnard and the Admiral Launch Duo share the stage at Bezanson Recital Hall. The program is free. For details: http://www.umass.edu/music/music-and-dance

Mark G. Auerbach studied theatre at American University and the Yale School of Drama. He’s worked for arts organizations and reported on theatre for newspapers and radio. He produces and hosts ArtsBeat Radio on 89.5fm/WSKB.