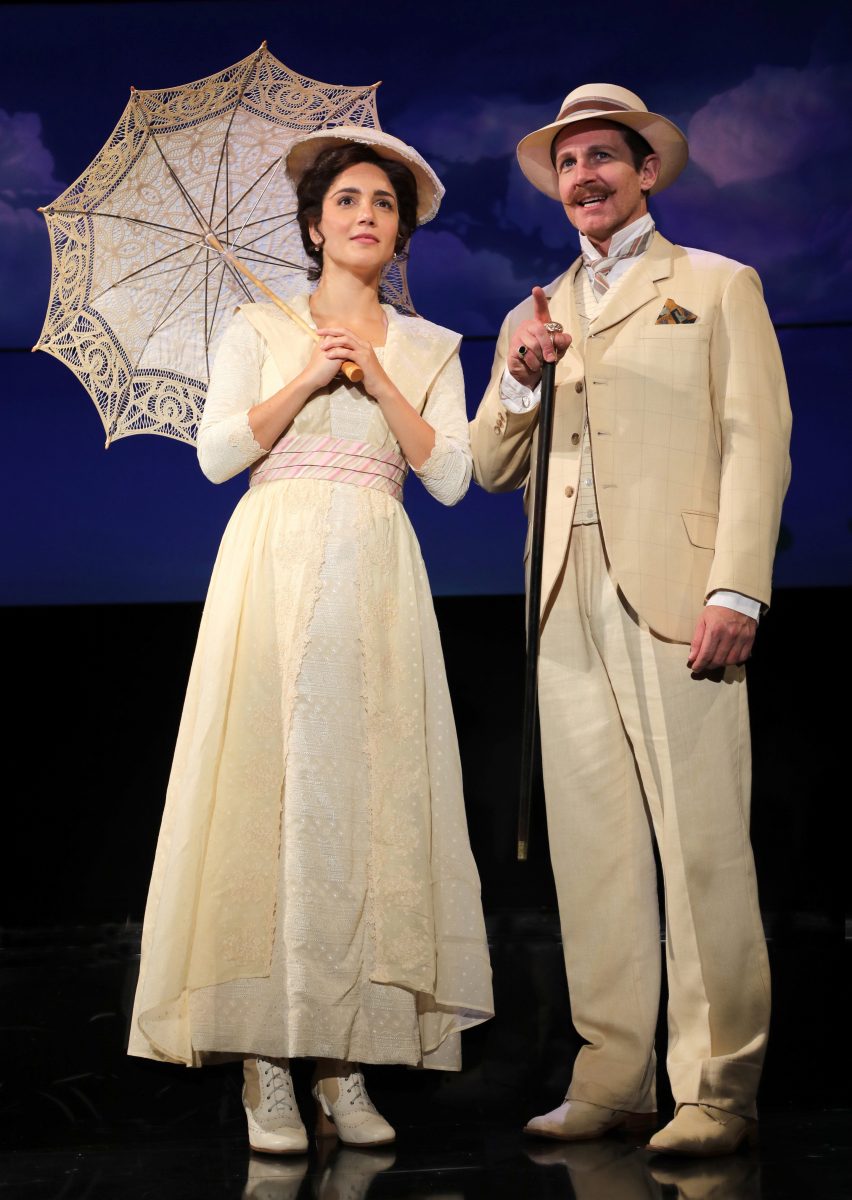 The Best of The Year in Theatre 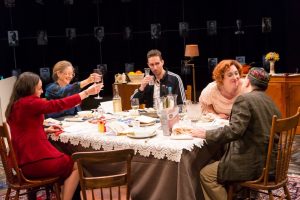 The cast of Seder at Hartford Stage. Photo by T. Charles Erickson.

A tense and at times uncomfortable portrait of a dysfunctional family unraveling at a holiday feast, beautifully written, staged, and acted. Set in post Iron Curtain Hungary, Seder reveals the difficulty people have reconciling the past and present. Honorable mentions go to Patrick Hamilton’s Gaslight at Barrington Stage, an old thriller made more relevant by current times, and Sarah DeLappe’s The Wolves, a bright new theatre voice weaving a strong ensemble piece about women coming of age in sports. 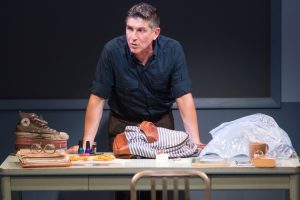 Best Production of a Solo Performance: The Absolute Brightness of Leonard Pelkey by James Lecesne at Hartford Stage. A tour-de-force play about the murder of a gay teen on the Jersey Shore, given a riveting performance by James Lecesne, its playwright. Part whodunnit, part characters study, it’s a theatre piece that was simply astounding. Honorable mention goes to Our Great Tchaikovsky by Hershey Felder at Hartford Stage, a first class showcase of the actor/playwright and musician numerous talents..

Best Production of A Musical: A Tie  Rags, Goodspeed Musicals’ revisal of a Broadway flop took a beautiful score and a troublesome book, revamped and revised everything, and turned into a powerful portrait of immigrants trying to make a go of it in 1910 New York. TheaterWorks’ genius Rob Ruggiero helmed this, along with Next to Normal, at TheaterWorks in Hartford, where Ruggiero staged that theatre’s most successful musical, an incredible portrait of a family impacted by a mom’s mental illness. It was shatteringly honest. 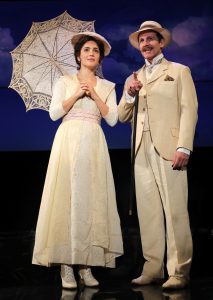 Best Director of a Play: A Tie: Eric Hill, At Home at the Zoo (Zoo story) ,Berkshire Theatre Group, and Eric Ort, The Wolves, TheaterWorks. In a year of Eric, Hill turned an Edward Albee classic into a cathartic experience, aided by a dynamic cast of veterans David Adkins, Joey Collins, and Tara Franklin. Ort made his TheaterWorks debut with an exciting new play and a great ensemble o performers, always moving and always energetic.

Best Director of a Musical: Rob Ruggiero, Rags, Goodspeed. The revisions to Rags were balanced by Ruggiero’s thoughtful staging, something he also dd with Next to Normal at his home theatre, TheaterWorks. Mention should also be made of Jenn Thompson’s Goodspeed staging of Oklahoma. An old warhorse got a youthful exuberance, which made the hard lives of young pioneers exciting. 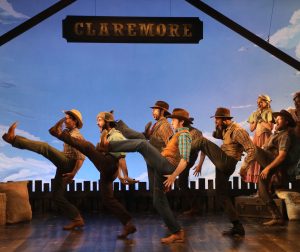 Best Scenic Design of a Play: Mariana Sanchez, The Wolves, TheaterWorks. Sanchez took TheaterWorks intimate space and turned it into an expansive soccer field. A great use of space! Honorable mention goes to Alexander Dodge, who devised a colorful and dreamy A Midsummer Night’s Dream at Hartford Stage.

Best Scenic Design of a Musical: Michael Schweikardt, Rags, Goodspeed. The small Goodspeed stage got a revolving stage for Michael Schweikardt’s imaginative sets, which moved seamlessly from tenement to beach. There was nothing small about this production.

Best Costume Design of A Play: Fabio Toblini, The Comedy of Errors, Hartford Stage. Toblini’s costumes, summer hues against a Mediterranean harbor in the 1960s, were stylish, chic and colorful.

Best Costume Design of a Musical: Linda Cho, Rags, Goodspeed, captured the essence of turn-of-the-century New York, from the smart uptown chic to the Lower East Side drab. . 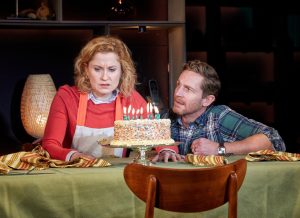 Christiane Noll and David Harris in Next to Normal at TheaterWorks. Photo by Lanny Nagler.

Best Sound Design of a Musical: Ed Chapman, Next to Normal, TheaterWorks. In a theatre space not used to musicals, and with a ock score that could drown out the singers, Chapman found some great balance, where every lyric could be heard in every seat in the house. Chapman also gets honors for his sound design for Ragtime at Barrington Stage

Best Lighting Design of a Play: Scott Pinkney, Gaslight, Barrington Stage. Every flicker of the gaslights and every shadow in Pinkney’s ravishing designs emphasized the thrill in thriller.

Nest Week: The outstanding performances of the year.

Arts Beat Radio talks with TheaterWorks director Rob Ruggiero, Hartford Stage’s Noble Shropshire from A Christmas Carol, and Westfield’s Josh Burrage from Broadway’s Cats on Wednesday, December 20  at 9AM on 89.5FM/WSKB.  Tune in live on the airwaves, on Comcast ch. 15, www.wskb.org or at www.westfieldtv.org