A Pulitzer Prize Winner from Amherst
Annie Baker’s play, “The Flick”, has won the 2014 Pulitzer Prize for drama. The play, set in a rundown movie theater, was hailed by the judges as a “thoughtful drama with well-crafted characters” with “lives rarely seen on the stage.”
Baker grew up in Amherst. She’s the daughter of Conn Nugent, the former director of Five Colleges Inc., and Linda Baker, a professor of psychology at Keene (N.H.) State University. Her older brother Benjamin Nugent, who also grew up in Amherst, has written several books.
Baker graduated from NYU’s Tisch School of the Arts, and earned her MFA at Brooklyn College. She received national attention for her play “Body Awareness”, which was produced by the Atlantic Theater Company in 2008, with JoBeth Williams starring. She followed that up with “Circle Mirror Transformation” off-Broadway, and an adaptation of Chekhov’s “Uncle Vanya” at Soho Reprtory Theatre. 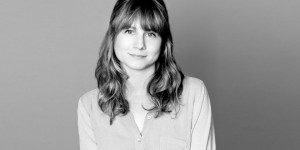 Last summer, The Chester Theatre Company presented her play “Body Awareness”. According to Artistic Director Byam Stevens, “It was great for us to share Annie’s work with the audience where she grew up, particularly this earlier piece. Annie is truly an original, with a unique sensibility — her empathy for everyday people is deep and she doesn’t trump up overheated plots to portray the drama and dignity of the human condition exemplified by her characters. She’s brave enough to respect the audience’s intelligence and she trusts us to empathize as deeply as she does”.
Celebrating The High School Musical
The Berkshire Theatre Group showcases the best of the Berkshire County High School Musicals in the program “Encore! And Evening to Celebrate High School Musicals” on May 2 at Pittsfield’s Colonial Theatre. Under the direction of Travis G. Daly, over 200 area singers, dancers, and actors will present “ten minute encores” from their high school musicals. 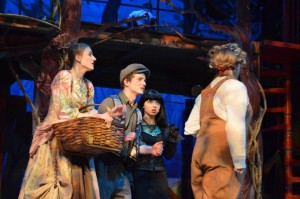 Leslie Uggams will star in “Gypsy” at Connecticut Repertory Theatre.

Star Sightings
Area summer theatres will have more stars this summer than the night sky. Among the best of Broadway and Hollywood making their way to the area are:
Renee Fleming, the opera star who sang our National Anthem at the Super Bowl, makes her theatre debut at Williamstown Theatre Festival in a world premiere, “Living on Love” (July 16-26). She plays an opera star. Broadway legend Chita Rivera also plays Williamstown in the Kander & Ebb musical “The Visit” (July 31-August 17). For details: http://wtfestival.org/
Leslie Uggams, Broadway and TV veteran, plays Mama Rose in “Gypsy” at Connecticut Repertory Theatre (July 10-20), according to reports in the Hartford Courant and theatre trade papers. As a child singer on “The Mitch Miller Show”, Uggams showed her musical talents; she nabbed a Tony Award for “Hallelujah, Baby!” and has a cache of accolades. For details: http://crt.uconn.edu/nutmeg-summer-series-2014/.
Berkshire Theatre Group’s “A Little Night Music” is Broadway star-studded. Kate Baldwin from this Broadway season’s “Big Fish”, Gregg Edelman from Broadway’s “City of Angels” and “Into The Woods”, and Penny Fuller, who was Eve Harrington to Lauren Bacall’s Margo Channing in “Applause”, will be singing Sondheim waltzes June 30-July 19 at The Colonial in Pittsfield. For details: http://www.berkshiretheatregroup.org 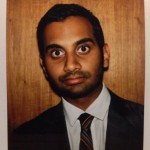 Keep in Mind…
***Aziz Ansari, the comic who co-stars as Tom Haverford, opposite Amy Poehler in the beloved Emmy-nominated NBC series “Parks and Recreation” brings his new stand-up comedy to Springfield’s Symphony Hall on May 4. For tickets: 413.788.7033 or www.citystage.symphonyhall.com.
Mark G. Auerbach studied theatre at American University and the Yale School of Drama. He’s worked for arts organizations and reported on theatre for newspapers and radio.