The Tony Awards
The Tony Awards salutes the best of the current year’s plays and musicals in a television spectacle, broadcast live on CBS at 8 p.m. on Sunday, June 8. It’s a great show to record for future reference, because the nominated musicals (and sometimes plays) perform excerpts from their show. You can read up on the nominees at the Tony Awards’ website. http://www.tonyawards.com/index.html
I’m personally cheering on “A Gentleman’s Guide to Love and Murder”, which played Hartford Stage before opening on Broadway. The theatre’s artistic director, Darko Tresnjak is also nominated for Best Direction of a Musical. I’m also a fan of “After Midnight”, the Cotton Club musical revue that originated at Encores. 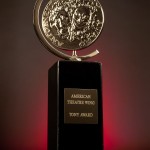 If you’re in the mood for a big Broadway show, New York City is easy to do on a day trip. There are a couple of sources for advance tickets at a discount, so you don’t have to stand online at the TKTS booth in Times Square. http://www.broadwaybox.com/
Broadway Box offers discounts to many plays and musicals, on Broadway, Off-Broadway, and off-Off Broadway in advance. They also have discounts for other New York attractions, so you can make a great day of it in the Big Apple.
The Theatre Development Fund (TDF), the non-profit tat runs the TKTS Booth in Times Square, has a great discount ticket program and a host of theatre educational programs, for those who qualify. If you’re a full time student, teacher, retiree, college grad (under 26), a union member, civil servant, employee at a non-profit, military, clergy, or other designation, an annual membership to TDF may be a great investment. For details: http://www.tdf.org/
If you can’t get to Broadway any time soon, Broadway can come to you. Recent hits “Evita”, “Pippin”, and “Kinky Boots” play The Bushnell in Hartford next year. 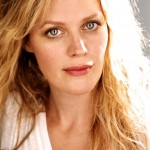 Kiss Me, Kate
After seeing Barrington Stage Company’s dazzling “On The Town” last summer, a production I felt was better than most of the musicals on Broadway these days, I’m excited to see what this group will do with the classic “Kiss Me, Kate” (June 11-July 12), that Shakespearean-inspired musical within a musical by Cole Porter and Sam and Bella Spewack. Amidst Porter classics like “Wunderbar”, “Too Darn Hot” and “Another Opening, Another Show”, a Broadway company attempts to mount a pre-Broadway musical version of “The Taming of The Shrew”. Brush up your Shakespeare with this very witty musical that just doesn’t get produced as often as it should.
Elizabeth Stanley, star of last season’s “On The Town” returns to Barrington Stage to play Lili Vanessi, the diva cast as the shrew. Paul Anthony Stewart plays Fred, the producer and Lili’s ex, who also plays the Shakespearean hero who tames her.
Speaking of “On The Town”, it’s New York-bound, and tickets are already on sale for the Broadway production. Tony Yazbeck, Clyde Alves, and Jay Armstrong Johnson, the sailor trio at Barrington Stage, have been announced for the Broadway production. I hope Ms. Stanley is going with it.
The Barrington Stage Company’ celebrates its 20th anniversary this summer, and its mainstage theatre in downtown Pittsfield (they used to perform in a high school in Sheffield) is part of the arts renaissance of Pittsfield.
For tickets: 413-236-8888 or 855-TIX-2BSC or www.barringtonstageco.org 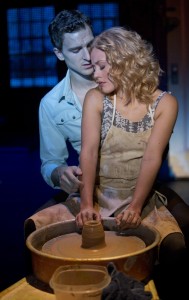 Keep in Mind…
***“Ghost”, a musicalization of the romantic 1990 movie, plays The Bushnell in Hartford, on June 10-15, wrapping up The Bushnell’s current Broadway season. The musical, with book and lyrics by Bruce Joel Rubin (screenwriter of the original film) and music and lyrics by Dave Stewart (The Eurythmics) and Glen Ballard (who co-wrote with Alanis Morrisette the “Jagged Little Pill” album). premiered in the UK in 2011. It opened for a short run on Broadway in 2012, with Bryce Pinkham (a Tony nominee for “A Gentleman’s Guide to Love and Murder”) in its cast. Following “Ghost”, PS. Steve Martin and Edie Brickell perform with the bluegrass combo Steep Canyon Rangers on June 19. For tickets: 860-987-5900 or www.bushnell.org
***Life in the 413. New Century Theatre presents an evening with six original tales by local authors, presented as old-time radio theatre. WHMP’s Bill Newman hosts and music is by the Expandable Brass Band. Stories are by Janice Hanson and Frank Aronson, The Ha-Ha’s, Paul Ita, Dan Robert and Lisha Brooks, Cathy McNally, Bill Dwight, and Phil O’Donoghue. One performance only on Saturday, June 7 at Mendenhall Center, Smith College, Northampton. For tickets: 413-587-3933 or www.newcenturytheatre.org.
Mark G. Auerbach studied theatre at American University and the Yale School of Drama. He’s worked for arts organizations and reported on theatre for newspapers and radio.