Two Musical Classics
A Little Night Music
Inspired by Ingmar Bergman’s “Smiles of a Summer Night”, whirled about by some of the most exhilarating waltzes by Stephen Sondheim (including his most famous “Send in the Clowns”), “A Little Night Music” is a lovely summer show. Imagine a Swedish country house, where a famed actress (Maureen O’Flynn) and her mother (Penny Fuller) invite a host of people linked together in multi-layered liasons. A lawyer (Gregg Edelman), once in love with the actress, brings his new, much younger, still-virgin wife (Phillipa Soo), and his seminarian son (Matt Dengler) for a weekend in the country. The actress’ current lover, an egomaniac military officer (Graham Rowat), and his long-suffering wife (Kate Baldwin, who happens to be Rowat’s real-life wife) arrive uninvited. 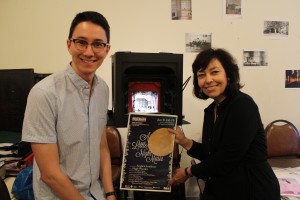 “A Little Night Music” is one of Sondheim’s most popular musicals, and aftter a long Broadway run and national tour, it became a less-successful movie, with Elizabeth Taylor as the actress Desiree. “A Little Night Music” returned triumphantly to Broadway with Catherine Zeta Jones and Angela Lansbury, followed by Bernadette Peters and Elaine Stritch.
Berkshire Theatre Group’s production at the Colonial Theatre in Pittsfield (June 30-July 19), brings some of Broadway’s big musical theatre people to the Berkshires. Kate Baldwin (“Finian’s Rainbow” and “Big Fish”), Gregg Edelman (“Into The Woods” and “City of Angels”), and Penny Fuller (Eve Harrington to Lauren Bacall’s Margo Channing in “Applause”) take center stage, along with Berkshires soprano Maureen O’Flynn as Desiree, the actress.
For tickets: 413-997-4444 or www.berkshiretheatregroup.org. 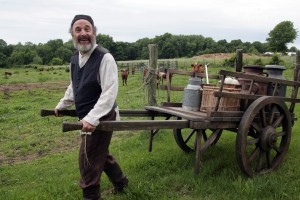 Adam Heller is Tevye in Goodspeed Musicals’ “Fiddler on The Roof”. (Photo by Diane Sobolewski)

Fiddler on The Roof
There’s something universal about the appeal of “Fiddler on The Roof”, a musical set in Tsarist Russia, based on Yiddish folk tales by Sholem Aleichem, and adapted by Joseph Stein, with music and lyrics by Jerry Bock and Sheldon Harnick.
It’s all about “tradition”. A Jewish milkman and his wife raise five daughters, who each test the boundaries of tradition, as they try to forge out happy lives in a changing world.

Goodspeed Musicals gives “Fiddler” a 50th anniversary production (June 27-September 7). What sets this musical apart, aside from it’s multi-year performance run on Broadway, successful revivals, a great film adaptation, and numerous productions on schools and community theatre… is a taut story, a haunting score (including “Sunrise, Sunset”… the popular wedding song in many cultures) and unforgettable characters.
“Fiddler on the Roof” was the first musical on Broadway to surpass 3,000 performances. It was nominated for ten Tony Awards, winning nine, including Best Musical, score, book, direction and choreography. It spawned four Broadway revivals, and a successful 1971 film adaptation. The show has enjoyed enduring international popularity.
Rob Ruggiero, Artistic Director of Hartford’s TheaterWorks, directs. He’s responsible for last season’s most satisfying “The Most Happy Fella” at Goodspeed, “Ella”, the musical bio of Ella Fitzgerald, on national tour, and a host of other musicals at theatres nationwide. He directed Kathleen Turner on Broadway in “High”, and Valerie Harper on Broadway in “Looped”. Parker Esse, who choreographed Ruggeiro’s most satisfying “The Most Happy Fella” at Goodspeed last season, stages “Fiddler on the Roof”. 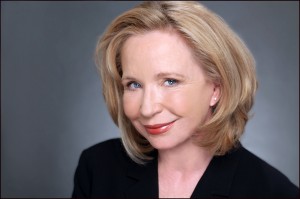 Adam Heller plays Tevye, the milk man with five daughters. Lori Wilner plays Golde, his wife, and Cheryl Stern plays Yente, the matchmaker (the role that made Bea Arthur a household name.)
An interesting side note about “Fiddler on The Roof”: during it’s original Broadway run, Adrienne Barbeau (Bea Arthur’s daughter on “Maude”), Bette Midler, and Pia Zadora played Tevye’s daughters; the musical’s original Golde, Maria Karnilova, was married to George S. Irving, the actor from Springfield.
For tickets: 860-873-8668 or www.goodspeed.org
Of Note
***The Springfield Symphony Orchestra has commissioned a new work by Kenneth Fuchs, which will have its world premiere during the 2015-6 season, with Maestro Kevin Rhodes on the podoium, and guest pianist Jeffrey Biegel as soloist.
***Rick Dildine, previously of Shakespeare Festival St. Louis, will become Shakespeare and Company’s new Executive Director and President, starting early September 2014. In this role, Mr. Dildine will be directly responsible for all of the Company’s programming and administrative activities.
***Tony Award Winners. Kudos to the following Tony Awards winners with ties to area theatres. “Best Musical” winner “A Gentleman’s Guide to Love and Murder” and it’s director, Darko Tresnjak, “Best Director for a Musical” winner, hail from Hartford Stage.
***One More Thing About The Tony Awards. For those who watched the Tony Awards on TV, you may have wondered about that number Jennifer Hudson sang late in the show from a new musical, “Finding Neverland”, which has not announced a Broadway opening. The musical version of film of the same name has a tryout at the American Repertory Theater in Cambridge (July 23-September 28). Jennifer Hudson is not in it. For information: http://americanrepertorytheater.org/events/show/finding-neverland
Keep in Mind…
***Madagascar, J.T. Rogers’ haunting mystery, opens the Chester Theatre Company’s 25th season (June 25-July 6) at the Chester Town Hall in Chester. Debra Jo Rupp, who portrayed Dr. Ruth Westheimer off-Broadway, at Barrington Stage in Pittsfield, and at TheaterWorks in Hartford, stars. James Warwick directs. For tickets: 413-354-7770 or www.chestertheatre.org.
Mark G. Auerbach studied theatre at American University and the Yale School of Drama. He’s worked for arts organizations and reported on theatre for newspapers and radio.