Hershey Felder stars as Sergei Rachmaninoff in the world premiere of Anna & Sergei, streaming live from Florence, Italy on May 16. Taking place as a memory play in the house in which the Russian Rachmaninoff died in Beverly Hills, this is the story of a very strange meeting between Rachmaninoff and Anna Anderson, the woman who claimed to be the sole surviving member of the Romanov Dynasty, the Princess Anastasia. Featuring Rachmaninoff’s most beloved melodies and music. Special guests include Ekaterina Siurina as Natalia Alexandrovna Rachmaninoff and Igor Polesitsky as Dr. Golitzin. Felder wrote the book and co-directs. The screening benefits numerous regional theatres around the country. To purchase tickets and support Berkshire Theatre Group: www.berkshiretheatregroup.org. To purchase tickets and support Hartford Stage: www.hartfordstage.org. 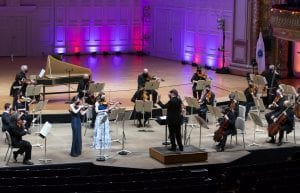 The Boston Pops Spring Season will be entirely virtual, with new concerts and archival concerts. The season launches on May 6, with Keith Lockhart conducting a program of music by and about women, featuring composers Clara Schumann, Joan Tower, Carole King, and Rachel Bruerville, as well as William Grant Still, Ravel, and ABBA. Other programs of note include a tribute to John Williams; An Evening with Chris Thile and the Stars of Tomorrow stars the multiple Grammy-winning mandolinist and MacArthur Fellow in his Boston Pops debut; an archival concert from 1976, with Arthur Fiedler conducting Exquisite Ella, featuring legendary Ella Fitzgerald. For details: https://www.bso.org/Home

The Springfield Symphony Orchestra Spring Chamber Music Series streams its final concert of the series, beginning May 8. The program includes music of Beethoven and Gershwin. The concerts on this three-part series can be viewed through May 21. For details: www.springfieldsymphony.org. 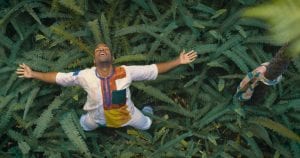 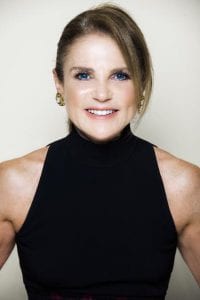 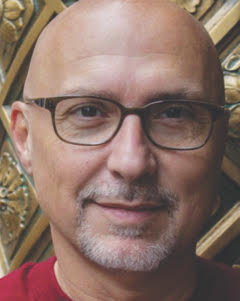 Rob Ruggiero, TheaterWorks Hartford Artistic Director, gets back on the road this summer. He’ll be staging Sondheim’s Sweeney Todd at The St. Louis Muny, Aug. 12-18, and then return to New England to direct Goodspeed’s South Pacific, opening in September. For details on Sweeney Todd: https://muny.org/show/sweeney-todd/. For details on South Pacific: www.goodspeed.org.