The British Are Coming
Two upcoming area theatre productions showcase the finest modern British theatre writing: the crisp, often naughty comedies of the late Noel Coward, and the groundbreaking works of Caryl Churchill, who is still turning out new works for London stages.
Design for Living
The Berkshire Theatre Group presents Nöel Coward’s free-wheeling dark romantic comedy “Design for Living” on the Stockbridge campus (July 30-August 16). Coward’s comedies are frequent visitors to area stages. His wildly funny “Private Lives” spent time at Shakespeare and Company over the winter, and a new production opens at Hartford Stage next winter. His rarely-performed “A Song at Twlight” was featured at Hartford Stage and Westport Playhouse earlier this year. 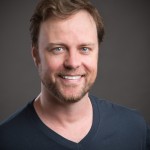 “Design for Living” is a sophisticated portrait of a menage-a-trois of friends with benefits, interior designer Gilda, Leo the playwright, and Otto, the artist. Coward wrote the play for himself to star in along with his friends, the famous acting duo Albert Lunt and Lynne Fontanne. Alan Cumming starred in the last Broadway revival.
Tom Story, who began his acting career on the Berkshire Theatre Group’s Unicorn stage, now makes his directorial debut with ”Design for Living” on the same stage. He has performed with BTG for nine seasons including productions of “The Glass Menagerie”, “Camelot” and “The Heidi Chronicles”.
The cast includes: Ariana Venturi, Chris Geary, and Tom Pecinka, all of whom appeared in last season’s “The Cat and The Canary”.
For tickets: 413-997-4444 or www.berkshiretheatregroup.org. 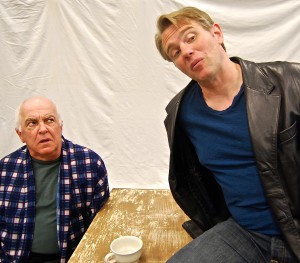 A Number
Chester Theatre continues it’s 25th anniversary season with Caryl Churchill’s psychological thriller. “A Number” (through August 10). Jay Stratton and Larry John Meyers star. Chester Theatre’s Artistic Director Byam Stevens stages.
In “A Number”, a man discoveres that he’s been cloned. His father says that he was created from the cells of his dead older brother. As the thriller unravels, the son tries to discover the how and why.
According to Stevens, “Just as you might expect with a writer as original and groundbreaking as Caryl Churchill, “A Number” is a hard play to categorize – it’s a dark comedy, a psychological thriller and an exploration of pressing ethical questions on the cutting edge of medical technology. Funny and provocative, and thought-provoking — the inimitable hallmarks of one of the pre-eminent playwrights of our time!”
For tickets: 413-354-7770 or www.chestertheatre.org. 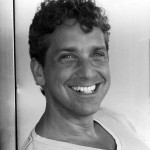 Eddie Shapiro, author of “Nothing Like a Dame”. (Photo by Michael Paternos)

There is “Nothing Like A Dame”
Eddie Shapiro’s “Nothing Like a Dame: Conversations with the Great Women of Musical Theatre” is this summer’s most talked-about showbiz book. Shapiro interviews twenty of the most beloved Tony Award-winning actresses on Broadway today, from the legends like Carol Channing, Angela Lansbury and the late Elaine Stritch to the powerhouses like Audra McDonald, Sutton Foster, and Karen Ziemba who are currently on Broadway, and Chita Rivera and Leslie Uggams, who have been playing on area stages.
Eddie Shapiro will discuss “Nothing Like a Dame” as a benefit for the Chester Theatre Company’s 25th season on Monday, August 4 at 7:30 p.m. at the Chester Town Hall. 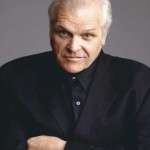 I’m honored to be serving as moderator for the event. I’ll interview Eddie about his book, and he’ll read some selections before fielding audience questions. After our presentation, Eddie will do a meet-and-greet, and sign copies of the book. The hall is small, so order tickets in advance.
You can order the book in advance from Oxford University Press. For tickets: 413-354-7771 or www.chestertheatre.org.
Of Note:
Darko’s on a Roll… Hartford Stage’s Tony Award-winning director Darko Resnjak will direct the Los Angeles Opera production of John Corigliamo’s “The Ghosts of Versailles”, which opens in February. Patti LuPone and Patricia Racette star. http://www.laopera.org
Keep in Mind…
***Romeo and Juliet, Shakespeare’s famous love story, has been touring the Northeast, thanks to Shakespeare and Company. The production returns to Lenox through August 23. Six actors perform a cut-down 90-minute version of the classic, which is a great introduction to Shakespeare for older school-age kids. Performances are held outdoors on the Dell at The Mount in Lenox. Bring your own chairs, blankets, and picnics. For tickets: 413-637-3353 or www.shakespeare.org.
***Lincoln’s Favorite Shakespeare takes the stage at the Berkshire Theatre Group’s Stockbridge campus on August 14. The benefit performance for Berkshire Theatre Group and Chesterwood stars Brian Dennehy, John Douglas Thompson, Kathleen Chalfant, and Sam Waterston, who are donating their performances to the event. For tickets: 413-997-4444 or www.berkshiretheatregroup.org.
***Other Desert Cities. Jon Robin Baitz’s “Other Desert Cities” was a Broadway hit of the 2011-12, and New Century Theatre brings the highly-praised drama to the Pioneer Valley (July 31-August 9). A well-to-do family gathers for the holidays in their Palm Springs abode. The Wyeths are well-regarded political conservatives. Their liberal daughter arrives to announce that she’s planning to reveal a family secret in her upcoming memoir–one that the family wants to keep under wraps. Rand Foerster directs, and Cate Damon plays the daughter. For tickets:413-585-3220 or www.newcenturytheatre.org
Mark G. Auerbach studied theatre at American University and the Yale School of Drama. He’s worked for arts organizations and reported on theatre for newspapers and radio.