Greensleeves and Sirena
The Hartford Symphony Orchestra will perform a wintry program highlighting the string section of the orchestra at “Greensleeves & Sirena”, December 12-15 at The Bushnell. Led by guest conductor and renowned violinist Joel Smirnoff, the program features Tchaikovsky’s Symphony No. 3, “Polish” and Sibelius’ Concerto for Violin in D minor, as well as Vaughan Williams’ Fantasia on Greensleeves. Renowned Windsor, CT violinist, Sirena Huang, will be joining HSO once again, performing the Sibelius’ work. For tickets: 860-244-2999 or www.hartfordsymphony.org 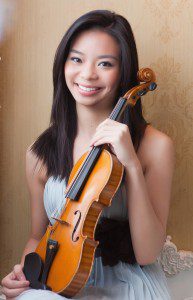 Gifts For Theatregoers: Sources
The Drama Book Shop ( 250 West 40th Street. http://www.dramabookshop.com/ ), New York’s legendary theatre book store. It’s an institution actually, where local actors go to check upcoming auditions, find the latest scripts, and collections of audition monologues. Students of theatre shop here for obscure plays and “insider” books on the theatre. There are gifts too, like the William Shakespeare Action Figure.
The Triton Gallery (http://www.broadwayposters.com/ ) in New York’s Hell’s Kitchen neighborhood, has posters, windowcards, and occasional three-sheets (those huge posters that line railroad station platforms and subway walls). They have the current hits, the classics, and the obscure. They ship (and frame as well).
Talkin’ Broadway, the popular website, has constantly updated lists on books, cripts, CDs, and videos of interest to theatregoers. You can click on any of the offerings, and get redirected to the onsite dealer who sells them. http://www.talkinbroadway.com/
New Theatre Books Of Note
Song of Spider-Man: The Inside Story of the Most Controversial Musical in Broadway History by Glen Berger. Simon & Schuster. “Spider Man” is one of the most talked-about Broadway shows in recent history, although not for its quality as a Broadway musical. The spectacle, created by Julie Taymor (“The Lion King”) and Bono, was the most expensive show ever mounted on Broadway, and when it closes next month, the largest flop in Broadway history. The on-stage injuries, backstage battles between Taymor and Bono, the vicious word-of-mouth, and the other dramas fueled lots of juicy gossip. Who better to recap the journey than Glen Berger, Taymor’s collaborator, who survived her ugly oust.
Nothing Like a Dame: Conversations with the Great Women of Musical Theater by Eddie Shapiro. Oxford University Press. Word of mouth from those who have read an advance copy is awesome. Shapiro’s book offers twenty stunning, in-depth interviews with the leading women of Broadway from Elaine Stritch and Kristin Chenoweth to Patti LuPone and Idina Menzel, putting readers behind the scenes of some of their favorite Broadway shows. 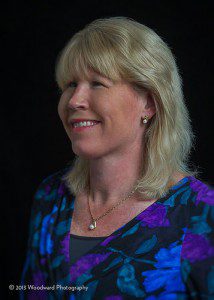 Wonder of Wonders: A Cultural History of “Fiddler on the Roof” by Alisa Solomon. Metropolitan Books/Henry Holt & Company. Most theatre lovers and non-theatre lovers know something about “Fiddler on The Roof”, the blockbuster Harnick and Bock musical which celebrates its 50th anniversary in 2014. “Fiddler” is beloved fare amongst people all over the world, and its most poignant song “Sunrise, Sunset” has accompanied so many weddings over the years. “Fiddler” has been performed all over the world again and again; it’s launched the careers of Adrienne Barbeau (“Maude”) and Bette Midler. It made Zero Mostel a theatre legend. This history of the musical explains it all, and will probably make area theatre goers run to the Goodspeed Musicals box-office to grab tickets for its upcoming production. (June 27-Sept. 7. www.goodspeed.org)
Newsmakers
***Lisa Bianconi, Music Director of Kurn Hattin Homes in VT, is the only New Englander to become one of ten finalists for the first-ever Grammys Music Educator Award. (The winner will be announced next month.)Kurn Hattin’s choir was a finalist on last year’s WGBY “Together In Song” series and has performed twice with Natalie McMaster.
***Mandy Greenfield has been named Williamstown Theatre Festival’s new Artistic Director. Greenfield, who is currently Artistic Producer at Manhattan Theatre Club, succeeds Jenny Gersten. who will become Executive Director of Friends of the Highline. Gersten will program the upcoming 2014 season before departing. For informaiton: www.wtfestival.org
***Matthew J. Pugliese has been named Connecticut Repertory Theatre (at UConn/Storrs) new Interim Managing Director. Pugliese is stepping in to fill the role recently vacated by Frank Mack, who will join the Department of Dramatic Arts faculty as Associate Professor of Arts Administration. Pugliese previously served as the Executive Director of Oddfellows Playhouse Youth Theater in Middletown, CT.
Mark G. Auerbach studied theatre at American University and the Yale School of Drama. He’s worked for arts organizations and reported on theatre for newspapers and radio.