Brush Up Your Shakespeare
Shakespeare and Company presents “Henry IV”, Parts I-II (through August 31) at the Tina Packer Playhouse in Lenox. Jonathan Epstein stars as Henry IV and directs, and the cast includes a lot of Shakespeare and Company regulars including Ariel Bock, Henry Clarke, Benhamin Epstein, and more.
Shakespeare’s take on honor, war, sex and violence has never been more acute than in this riotous comedy that intermingles the young-rascal-that-would-be-king, Prince Hal, with the psychological underpinnings of father/son relationships. Epstein sets Shakespeare’s history tale between a bustling 15th century Eastcheap and a more contemporary London, where both settings blend together as one follows this history of succession to the throne. “Henry IV” offers many of the most memorable characters and lines in Shakespeare’s canon.
For tickets: 413-637-3333 or www.shakespeare.org 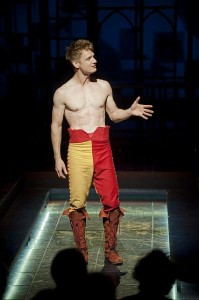 Broadway’s On Sale
From September 1-14, tickets to many Broadway shows are two-for-one. Here’s a chance for a theatre-goers to catch “Aladdin”, “Cabaret” with Alan Cumming, “Cinderella”, “A Gentleman’s Guide to Love and Murder”, “If/Then” with idina Menzel, “Pippin”, “Wicked” and more for less. You can buy tickets now. The early bird gets the best tickets. For details: http://www.nycgo.com/broadwayweek
For discount Broadway tickets year-roound, my go-to source is Broadway Box. http://www.broadwaybox.com/
Berkshire Theatre Group’s Opera Week
The Berkshire Theatre Group presents “A Week Long Festival of Opera in Workshop” at the Unicorn Theatre on their Stockbridge campus, August 23-31. A cast of rising opera stars are featured in a staged presentation of “La Traviata”; ”A Lover’s Tale;” and songs from the “Romantics in The Paris Salon.”. 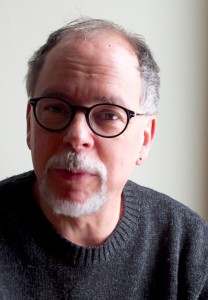 Gregory Maguire, author of “Wicked: The Life and Times of the Wicked Witch of the West”, visits The Bushnell on October 21 in a benefit for the Mark Twain House and Museum. Photo by Andy Newman.

According to Berkshire Theatre Group’s Kate Maguire, “This year, for the first time, we’re bringing a little opera back to the Berkshires. We have a weelong workshop featuring “A Lover’s Tale”, an extraordinary compilation of Dumas’ original story about the Lady of the Camellias, Charles’s Ludlam’s “Camille”, and “La Traviata” all rolled into one. We will also present a staged performance of “La Traviata” and a wonderful compilation of songs from the Romantics featuring thesoprano Megan Weston.”
For tickets, 413-997-4444 or www.BerkshireTheatreGroup.org.
Something Wicked!
Here’s an event you won’t want to miss. The Mark Twain House and Museum presents “Mark My Words 2014: A Wicked Cool Evening” benefit featuring the creators of “Wicked”, author Gregory Maguire and composer Stephen Schwartz, as moderated by arts critic Frank Rizzo. Additional guests will be announced. The fundraiser for the museum will be held on October 21 at The Bushnell in Hartford, and tickets are available via The Bushnell at 860-987-5900 or www.bushnell.org
Gregory Maguire is best known for his 1995 novel for adults, “Wicked: The Life and Times of the Wicked Witch of the West”, which inspired the Broadway musical of the same name and three New York Times bestselling sequels in the Wicked Years cycle: ”Son of a Witch, A Lion Among Men”, and “Out of Oz”. The Tony Award-winning “Wicked” comes to The Bushnell in November. His latest book “Egg & Spoon”, a novel for fantasy lovers of all ages, will be released on September 9, 2014.
Stephen Schwartz, composer and lyricist, is currently represented on Broadway with both “Pippin” and “Wicked” (both on the Bushnell’s Broadway series this year). He also wrote “Godspell”, “the Magic Show” and the upcoming “The Hunchback of Notre Dame” for Broadway, and has written for the film “Pocahontas”.
Frank Rizzo has been covering the Connecticut arts scene for more than 37 years, 32 of them for The Hartford Courant.
For event information: www.twainmarkmywords.com
Of Note
Fabulous! The Queen of Musical Comedies, a musical by two local guys, is opening Off-Broadway. Dan Derby’s and Michael Rheault’s “Fabulous: The Queen of Musical Comedies” begins performances this week enroute to a September 7 opening. Derby, a Westfield State University graduate, with national theatre credits, lives in Enfield, Conn. Rheault, a UMASS graduate, is affiliated with Bay Path, Springfield College, and Sacred Heart Church in Agawam. For the musical’s website: http://www.fabulousthemusical.com/ For tickets: http://www.brownpapertickets.com/event/811425
Keep in Mind…
***WAM Theatre, also known as Women’s Action Movement Theatre, is the Berkshires-based “theatre for everyone that benefits women and girls”. WAM presents a benefit, “Change Makers”, a panel discussion which showcases people in the arts, who have used to the arts to create change. Playwright Marsha Norman and WAMC-FM’s Sarah LaDuke moderate. The event takes place on Sunday at the Mahaiwe Performing Arts Center in Great Barrington. For further information: www.wamtheatre.com
Mark G. Auerbach studied theatre at American University and the Yale School of Drama. He’s worked for arts organizations and reported on theatre for newspapers and radio.