Broadway Bound in Boston
“Finding Neverland”, the musical version of the Harvey Weinstein’s Miramax movie, now playing at the American Repertory Theatre (ART) in Cambridge (through September 28) has “Broadway Hit” written all over it. Weinstein, who made sure a preview of the musical was included in the Tony Awards, has announced that the musical will open on Broadway next spring. Meanwhile, the reviews have been mostly favorable, so ART may have its fourth Broadway hit to brag about. (Director Diane Paulus helmed the successful ART transfers of “Hair”, “Porgy and Bess” and “Pippin”). 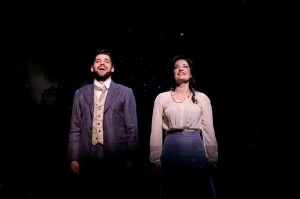 Based on the Miramax motion picture by David Magee and the play ”The Man Who Was Peter Pan” by Allan Knee, “Finding Neverland” follows the relationship between playwright J. M. Barrie and the family that inspired “Peter Pan, or The Boy Who Wouldn’t Grow Up”, one of the most beloved stories of all time. “Finding Neverland” has music by U.K. pop sensation Gary Barlow (Take That) and choreography by Mia Michaels (“So You Think You Can Dance”). Jeremy Jordan of Broadway’s “Newsies” stars. (Hartford theatregoears may recall his performance in TheaterWorks’ “The Little Dog Laughed” in 2008).
For tickets: 617-547-8300 or http://americanrepertorytheater.org 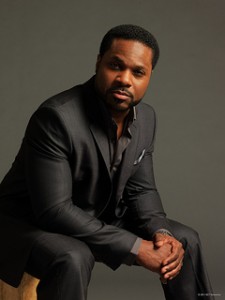 Malcolm-Jamal Warner’s Coming to Dinner
The grown up “Cosby Show” star, Malcolm-Jamal Warner, stars in Boston’s Huntington Theatre Company’s production of “Guess Who’s Coming to Dinner” (September 5-October 5), an adaptation of the 1967 movie which starred Katharine Hepburn and Spencer Tracy as parents shocked, when their daughter brings home a black man (Sidney Poitier) to dinner. Warner plays the Poitier part, in Todd Kreidler’s stage adaptation of the movie, directed by David Esbornson. The cast also includes Tony Award winner Adriane Lenox, Julia Duffy and Will Lyman.
“David Esbjornson brings a striking contemporary perspective to classics that allow us to experience them in new and unexpected ways,” says Huntington Artistic Director Peter DuBois. “After David’s astonishing production of All My Sons at the Huntington in 2010, I can’t wait for him to return and reveal the emotional and social immediacy of the ideas raised by this landmark film.”
For tickets: 617-266-0800 or www.huntingtontheatre.org 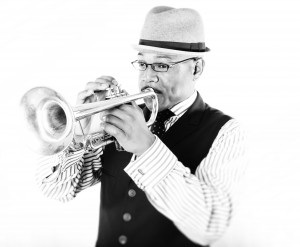 All That Jazz
The 2014 Northampton Jazz Festival brings a series of concerts to Paradise City on September 2-6. The signature event will take place on Saturday, Sept. 6 from 11 a.m. -10 p.m. in downtown Northampton on Hampton Street, behind Thornes Marketplace. It’s free.
Featured performers will include: Etienne Charles & Creole Soul, the Seamus Blake Band, the Champian Fulton Quartet, the Steve Davis Quintet, Hendrik Meurkens and Scott Mullet with the Green Street Trio, the Miro Sprague Quintet and FlavaEvolution.
For information: 413-539-4512 or www.northamptonjazzfestival.org. 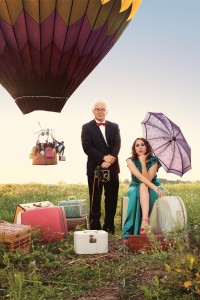 Of Note
Kevin Rhodes conducts the season opener of the Santa Fe (NM) Symphony on September 14. Violinist Mark Kaplan and cellist Clancy Newman join him onstage at Santa Fe’s Lensic Theatre. If you know the way to Santa Fe, tickets and informaiton: http://www.santafesymphony.org/
Todd Rosenthal, the Tony Award winning Longmeadow native, has designed the sets for the upcoming Broadway production of “This is Our Youth”, Kenneth Lonergan’s 1996 drama, which stars Keiran Culkin, Michael Cera, and Tavi Gevinson. The show is currently in previews prior to a September 11 opening night. Rosenthal designed the recent Broadway production of “Of Mice and Men”, which starred James Franco and Chris O’Dowd. That production has been filmed for distribution on National Theatre Live. For information on “This is Our Youth”: www.thisisouryouthbroadway.com.

Sheldon Wolf, author of “Shul”, having a reading at the Springfield Jewish Community Center.

Sheldon Wolf, a former marketing and development executive at StageWest and the Springfield Museums, will present a world premiere staged reading of his play “Shul” at the Springfield Jewish Community Center on Sunday, September 7 at 3 p.m. Proceeds benefit the JCC’s Camp Scholarship Funds. “Shul” concerns the last members of a decaying inner-city synagogue. Wolf, former resident of Springfield, is president of Advancement Company in Pennsylvania, which provides management consulting to nonprofit organizations. For information and tickets: http://www.springfieldjcc.org/events/shulbysheldonwolf/
Keep in Mind: Upcoming Seasons
***Connecticut Repertory Theatre has announced its 2014-15 season, which includes the world premiere of “Olives and Blood”, by UConn professor Michael Bradford. The drama investigates Spain’s search for national identity following the Spanish Civil War through one man, Juan Luis Trescante Medina, who has defined himself as the heroic executioner of the playwright Federico Garcia Lorca. The hit Broadway musical “The 25th Annual Putnam County Spelling Bee”, which originated at The Barrington Stage, is on the roster, along with Aristophanes’ ribald anti-war comedy “Lysistrata” and Shakespeare’s “A Midsummer Night’s Dream”. For information: 860-486-2113 or www.crt.uconn.edu
***The UMASS Fine Arts Center hosts the retro-hip ‘little orchestra’ “Pink Martini”, tabla master “Zakir Hussain”, the venerable Martha Graham Dance Company, the surreal mime-theater troupe Mummenschanz, the legendary Eddie Palmieri and his Salsa Orchestra, The Chieftains, Academy of St. Martin in the Fields and the Fab Faux (with string and horn sections) – just to name a few. For tickets and information: 413-545-2511, 800-999-UMASS or www.fineartscenter.com.
***The Berkshire Theatre Group has a great line-up of music and theatre this fall and winter. Among the highlights, sandwiched in the previously-announced production of “Poe” and the annual “A Christmas Carol” are: “10,000 Maniacs”, Made in the Berkshires Festival”, Joy Behar, The Pittsfield City Jazz Festival, and Pure Prairie League. For tickets: 413-997-4444 or www.berkshiretheatregroup.org.
Mark G. Auerbach studied theatre at American University and the Yale School of Drama. He’s worked for arts organizations and reported on theatre for newspapers and radio.