Where is Broadway’s Next Blockbuster ? Goodspeed Knows…
Back in the day, new commercial musicals were developed for Broadway in New York. Although some were inspired by plays or books, the majority had original scripts and scores. They tested their audience approval in “tryout” engagements in cities outside New York. New Haven, Boston, Philadelphia and Washington were frequent tryout towns.
The business model changed, as the regional theatre movement grew in the 1970s. Now, it’s the regionals, from Hartford Stage (“A Gentleman’s Guide to Love and Murder”) to Williamstown Theatre Festival (“The Bridges of Madison County”) that send the new shows to the Great White Way.
The main incubator of new Broadway musicals is Goodspeed Musicals, the Connecticut theatre company that sent “Man of La Mancha”, “Shenandoah”, and “Annie” to Broadway. They’re presenting the 9th annual Goodspeed Festival of New Musicals, a three-day extravaganza of new musicals in workshop performances, staged readings, cabarets, symposium, lectures, seminars, and other special events (January 17-19) at their theatres in East Haddam, CT and Chester, CT.
The weekend is abundant with up-and-coming talents, seasoned theatre professionals, musical theatre lovers, and more. The next Sondheim or “Rent” may surface here. The seminars showcase an array of musical theatre talent, amongst them playwright Marc Acito, theatre historian Ken Bloom, Goodspeed “Hello, Dolly” stars Klea Blackhurst and Tony Sheldon, and the creative team behind the adaptation of Irving Berlin’s movie “Holiday Inn” for the stage. (That premiere opens at Goodspeed next fall.)
Tickets can be purchased for the entire festival or for individual offerings at 860-873-8668 or www.goodspeed.org. 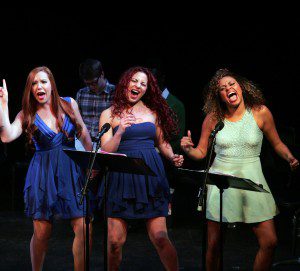 “Princesses” from a previous Goodspeed Festival of New Musicals. (Photo by Diane Sobolewski)

Summer Dreams
With the weather of late, a summer’s evening couldn’t be more welcome. The Hartford Symphony Orchestra, celebrating its 70th anniversary, and the Hartford Stage, celebrating its 50th anniversary, are combining talents to present a concert staging of Shakespeare’s popular comic fantasy, “A Midsummer Night’s Dream” with the incidental music composed for the play by Felix Mendelssohn. Carolyn Kuan conducts; Darko Tresnjak, Hartford Stage Artistic Director, just back from staging Broadway’s new musical hit “A Gentleman’s Guide to Love and Murder”, directs the event.
“A Midsummer Night’s Dream” has enjoyed numerous stage and screen productions, opera and symphonic treatments, and other adaptations. Mendelssohn first wrote a concert overture for the play in 1827; he was commissioned to write a musical score for an 1843 production in Potsdam. This version, which included the original overture, contains the famous “Wedding March” which is often used in wedding recessionals.
Performances will be held on January 9-12 at The Bushnell’s Belding Theatre. For tickets: 860-244-2999 or www.hartfordsymphony.org 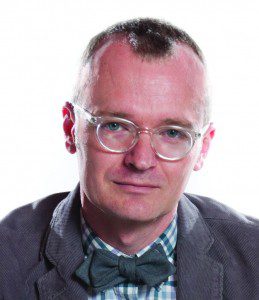 Keep in Mind…
***Berkshire Theatre Group has announced that its 2014 summer musical will be the ravishing Stephen Sondheim/Hugh Wheeler all-waltz confection, “A Little Night Music”, best known for its showstopping “Send in the Clowns”. Based on the Bergman movie, its an interwoven feast of lovers young and old plotting, posing, positioning, and singing some of the most beautiful 3/4 music ever put on the stage. “A Little Night Music” plays The Colonial Theatre in Pittsfield from June 30-July 19. For tickets: 413-997-4444 or www.berkshiretheatregroup.org
Mark G. Auerbach studied theatre at American University and the Yale School of Drama. He’s worked for arts organizations and reported on theatre for newspapers and radio.