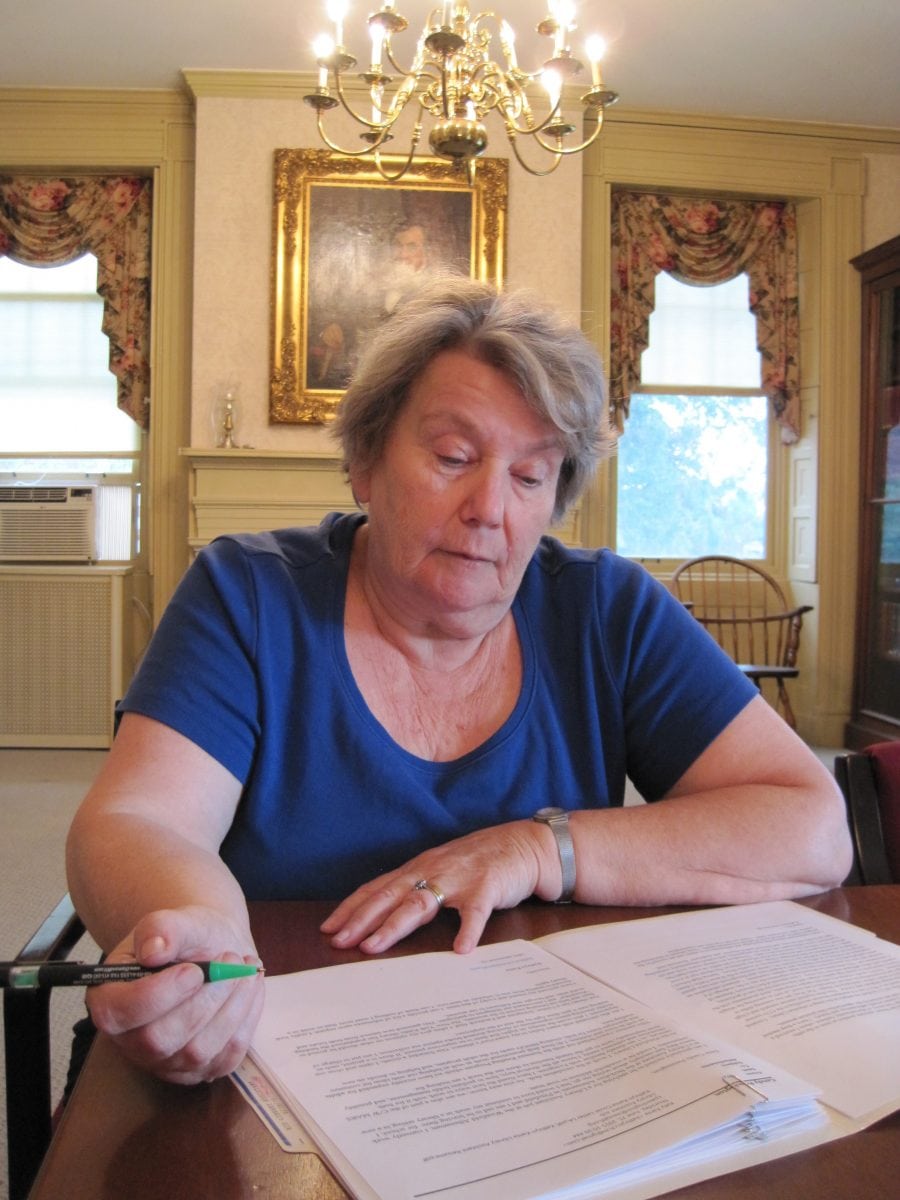 By LORI SZEPELAK
Correspondent
WESTFIELD – Close to 10 people have applied for the director’s position at the Westfield Athenaeum, and a search committee will begin reviewing resumes next week, according to Susan Kingra, president of the board of directors.
Kingra said she is optimistic that a replacement for Cher Collins, who recently left to take a position at the Agawam Public Library, will be among the current applicants. The deadline to submit an application is today.
The Westfield Athenaeum has been part of the downtown landscape since 1864 when it was incorporated by an act of the Massachusetts Legislature. Today, the landmark at 6 Elm St. includes the Jasper Rand Art Museum, the Edwin Smith Historical Museum, a Teen Loft, the Donald W. Blair Research Center, the Lang Auditorium, and the adult and children’s library areas.
“It’s a beautiful building and we want our new director to build on the programs we already have here,” said Kingra, who had worked for 25 years in the technical services department.
There are local candidates, as well as some from neighboring states.
“We have some promising applicants,” she said.
In addition to Kingra, Susan Drummey, Linda Saltus, and Mark Morin, all members of the board of directors, as well as Dr. Robert Brown, and one staff member, Candy Pennington, will be serving on the search committee.
“We will be looking for someone who has experience as a library director, is enthusiastic about being a part of the community and working with nonprofits, and is familiar with union negotiations,” said Kingra. The library’s workforce unionized last year.
Kingra also noted that in addition to the approximately $800,000 received from the city each year, the $1.2 million annual budget requires the director to also work with the board on fundraising endeavors. Board members also include Tim Eddy, Marie Flahive, Ann Gervais, Judge John Greaney, Frederick Harling, Alberta Humason, Gretchen Ingraham, Tracie Kester, and Mary Simeoli.
“The Athenaeum receives some state aid and a portion of an endowment each year, however, we still have to fundraise,” said Kingra.
Kingra noted the board members also would like to see the next director build on the popular programs already in place, including the Athenaeum Lecture Series and the First Thursdays @ the Athenaeum Lunchtime Concert Series. In addition, the director is required to oversee staff and all of the facilities.
“We would like the next director to also have some new creative ideas for library programming,” she said.
The salary range for the director’s position is $60,000 to $72,000. In addition, the Athenaeum currently has an opening for a full-time library assistant in the reference department that includes duties in circulation. The deadline to apply for that position is July 10.
Kingra’s love for the library is evident and she is hopeful a new director will be hired soon.
“I’ve learned a lot as a board member during the past four years,” she said. “I just love this library and now have to look at the big picture. We look forward to making plans for the future with the new director in the coming months.”