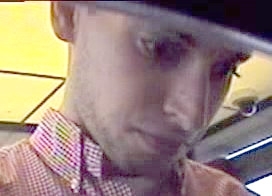 WESTFIELD – City police believe they have identified a suspect who allegedly accessed a resident’s bank account at an ATM and stole $700 but are using the incident as an opportunity to warn residents to be vigilant when using the cash machines.Westfield Det. Todd Edwards of the Financial Crimes unit said that the 70-year-old victim said that he went to a freestanding ATM in the parking lot at The Westfield Shops on the afternoon of Oct. 10 and the suspect was in the area when he arrived.
Edwards said that the victim might not have properly concluded his ATM transaction or his PIN may have been compromised by the suspect who had been inside the freestanding ATM when the victim completed his transaction.
“My victim said he was just hanging out” Edwards said and explained that it was not clear if the suspect was already inside the ATM when the victim arrived or if the suspect was “hanging around it and kinda followed him in.”
However, Edwards said he has established that the suspect was inside the ATM with the victim and, when the victim left, “this kid went in behind him and got into the account.”
Edwards stressed that ATM customers should always conduct their transactions in private and, if necessary, ask any other customers present to wait outside while they do their business.
He said, “People don’t realize that’s (an ATM) a place where you might be targeted” but said that criminals recognize an ATM “as a point where people get money” and so may lay in wait at an ATM hoping for an unwary customer.
Edwards urges residents to pay attention to their surroundings and be aware of what’s going on around them so they can take proper precautions, such as concealing their cash and protecting their PIN.
In the most recent case, Edwards said “maybe he (the suspect) observed the PIN number” or he may have found that the machine was still available for another transaction when the victim left.
He said that the suspect apparently made one withdrawal for $100 and, when that was successful, went on to make a second withdrawal for $700.
The suspect did not make any transactions of his own at the ATM.
However, the suspect was recorded by ubiquitous security cameras and Edwards said, “a couple of officers may have recently run into him” on an unrelated matter and were able to identify him as “a known knucklehead.”
He said that he is currently seeking the suspect, a 22-year-old city resident, and will file a request for a warrant if he does not find him promptly.
Anybody who knows of the crime or who has information about the suspect is asked to call Edwards at 642-9389 or 572-6400.