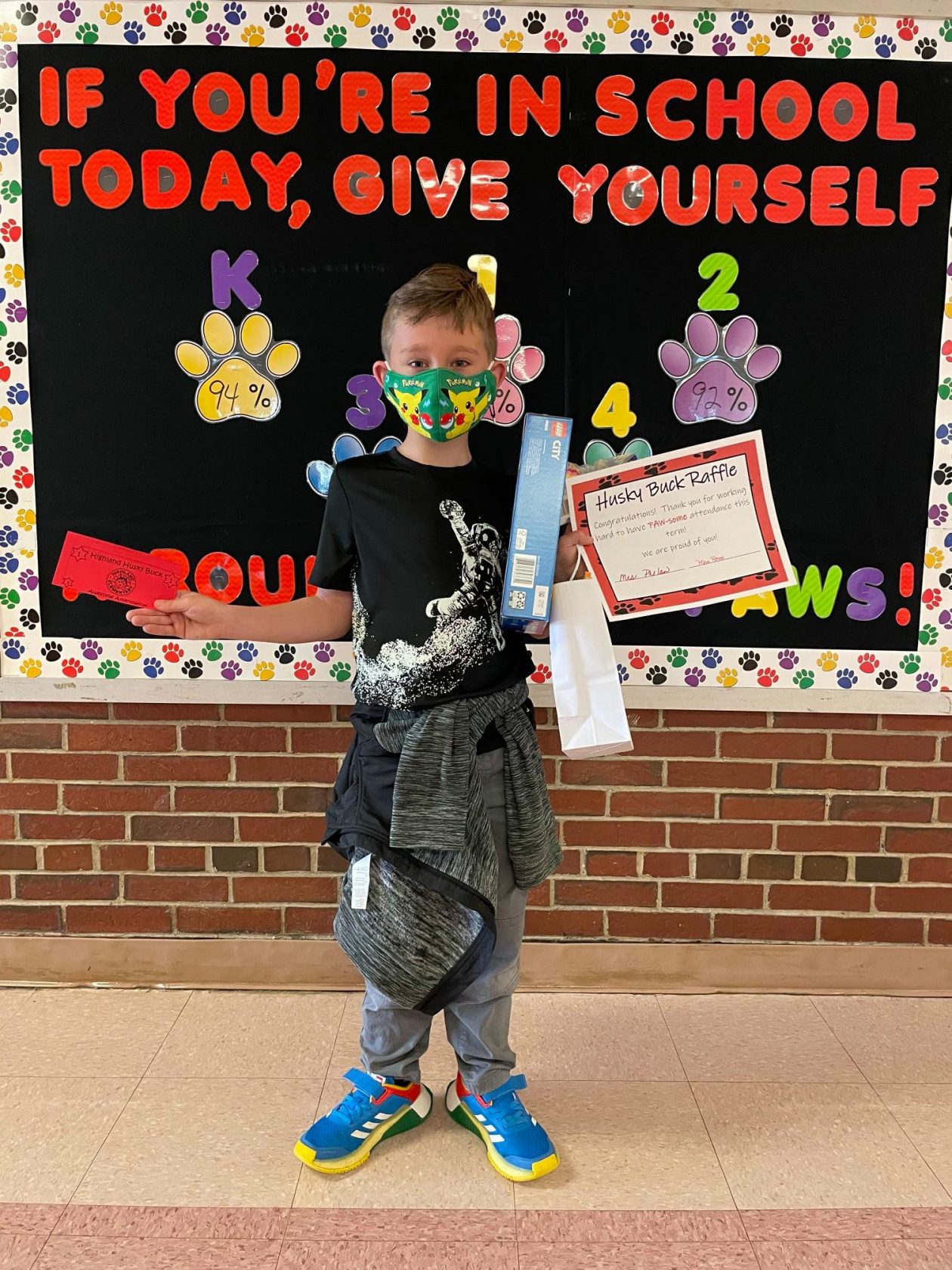 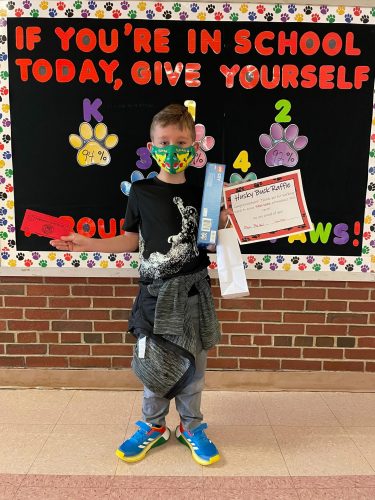 At the end of March, Highland Elementary kindergartener Colton Rowe was recognized as the grand prize winner of the first Highland Husky Buck raffle. Colton has perfect attendance for the school year so far. (SUBMITTED PHOTO)

WESTFIELD – Christopher Rogers, administrator of student intervention for Westfield Public Schools, updated the School Committee on progress made by the Attendance Task Force. The task force was formed two years ago, pre-pandemic, to improve student attendance.

Rogers said the task force, composed of School Committee member Diane Mayhew, principals, guidance counselors and other staff, has been working hard as a team. “We’re proud of the progress we’ve made,” Rogers said.

Highland Elementary Principal Jill Phelan explained that attendance has been added as a factor in the state accountability for schools. She said students must be in school or another activity for at least half a day to be counted.

“We qualify absences as excused or unexcused. For the state, students are just absent,” Phelan said. She said the goals of the task force are to have all schools adhere to district-wide policies and practices, and to implement and sustain a model that emphasizes enthusiasm.
Three-year goals include reducing chronic absenteeism, which is 10 or more days absent, by three percentage points and achieving at least 95 percent attendance in preK-13.

Rogers said when they started, the district saw a need to reduce chronic absenteeism to the state average. “Over the last four years, we hovered at 94 percent absenteeism, while the state is at 95 percent. Our average student is absent one more day per school year than average,” he said.

He said the gap between the district and the state in the percentage of students absent ten or more days since 2016 was higher. These students missed on average three or more days more than the state average. “This is the big one, the gap we’re really trying to close, of chronic absenteeism,” Rogers said.

Rogers said they were starting to improve until last March, when the numbers increased due to a very bad flu season which increased the amount of students who were absent.

Phelan said if schools are noticing patterns of absenteeism, they are making regular phone calls home. “We also invite families virtually to have attendance meetings, and may bring in an adjustment counselor and create an attendance plan,” she said.

Phelan also said part of the approach of the task force has been to celebrate the good things that are happening with attendance boards, congratulatory letters and personal notes sent out at the end of the term. Attendance certificates have also been presented to students.

“Incentives are absolutely making a difference on attendance. When students feel they are a valued member of their school community, they want to be here,” she said.

Other programs in the district that have impacted attendance include a Saturday program that’s been implemented at the Westfield Middle School for students, and a TItle I mentor program for grades 7 to 12.
.
Rogers said excused versus unexcused absences are taken into consideration by the district, even though for DESE, the student is either present or absent for accountability purposes.

“What the Attendance Task Force is doing is working,” said Superintendent Stefan Czaporowski.