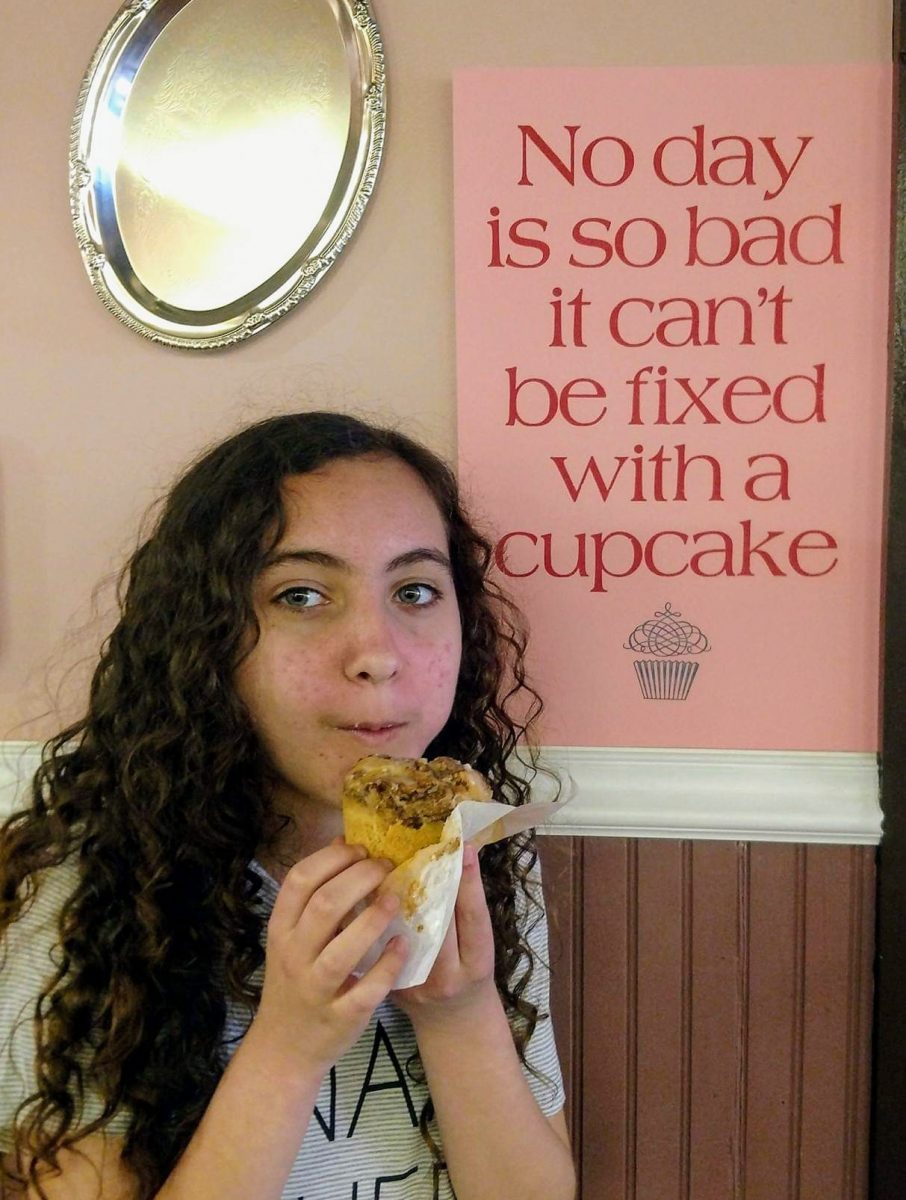 WESTFIELD – Cupcakes are the lifeblood of Kimberly McNutt’s business, Mama Cakes, on Elm Street, and when she reopened her doors July 1 after having been closed since March 20, she was hopeful that once again there would be people who would purchase her freshly made cupcakes and cakes.
“It was time to make a decision to close or give it a try,” said McNutt. “If we didn’t open we could no longer keep the business idly running.”
On the day of her reopening, she said the response from the community was “amazing.”
“On our first day back we were really busy and sold out by 4 p.m.,” said McNutt. “On the second day, there was a line down the street waiting. We sold out by 2 p.m. and had double-cooked.” 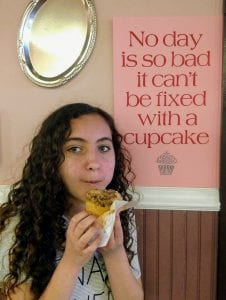 That love and support shown from the community is why McNutt said she wanted to open a business in Westfield.
“We live in Westfield and I wanted to open my business in my hometown,” she said, noting she will be celebrating nine years in business in August.
“I’ve always baked for family and friends because it is a passion of mine,” said McNutt. “When I started getting so many people who wanted me to bake for them, I acquired a commercial license because it put food on our table. Then – the business took a life of its own.”
McNutt and her husband Charles, who is retired from the United States Air Force and now has a civilian job at Westover Air Reserve Base in Chicopee, have six children.
“Our youngest is 10 and our oldest is 30,” said McNutt, adding, “We also have a grandson who is 7.”
For McNutt, who spends 90 to 100 hours a week baking to ensure that every cupcake and cake is made fresh with the highest quality ingredients, said she is also grateful that her husband has a second job – washing dishes a couple nights at week at the shop.
“Charles also does the shopping for me,” said McNutt, adding, “The store managers know him and when they see him in the store will ask, ‘What do we have to get tonight?'”
Since she reopened, McNutt said she is also overwhelmed by how many customers have asked her if there is anything they can do to help. 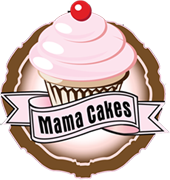 “We’ve had a lot of customers also say thank you because we are open,” she said.
During the height of the pandemic, when McNutt wasn’t working and her unemployment only covered the basics to keep the business idling, she said she didn’t have enough money to feed her family.
“Any of my profit from the shop feeds my family,” said McNutt. “When I lost the income we had no money for food so we went to the veterans’ pantry.”
Then a small miracle happened – a phone call that left McNutt in tears.
“Our pastor from the Westfield Evangelical Free Church called, saying the church was buying food from local businesses to distribute to essential workers,” said McNutt. “They ordered cupcakes and I sold them at a discount, and that money helped put food on our table.”
McNutt said when the pastor called, she broke down and cried.
“I didn’t ask for help but church members may have assumed we were struggling,” she said.
McNutt added that over the years, she has always given back to the community whenever she could to show her gratitude for the support she has received.
“Even in the most desperate situations, you have to hold on and keep going, keep fighting,” she said.
For visitors to the shop, there are always 12 flavors featured each week out of 300 “secret recipe” flavors that McNutt makes, from Cookie Dough, Peanut Butter and Jelly, and Chocolate Peanut Butter Cup, to Chocolate Indulgence, and even a French Toast with Bacon flavor.
“When someone tries the French Toast with Bacon cupcake they get hooked,” she said.
Another staple this time of year at the shop is McNutt’s Patriotic Cheese Cake Cupcakes, filled with blueberries and strawberries, with a cream cheese frosting, and topped with fresh strawberries and blueberries.
“I  sold out within 40 minutes of those being displayed,” she said.
While McNutt has lost close to $75,000 due to events that were canceled this spring because of the pandemic, she remains hopeful that her shop will once again flourish.
“Our pricing is important to us because everyone should be able to buy a cupcake,” she said. “Everything that is in the glass case was baked from scratch within hours and every flavor we feature has been created ourselves. We have a lot of unique flavors and we have set our standards very high.”
While the coronavirus pandemic is still a part of our everyday lives, McNutt said she has followed all of the state guidelines to ensure the safety of her staff and her customers.
“I’ve also hired a security guard, he’s a wonderful person, who ensures that everyone is wearing a mask before they enter the shop,” said McNutt. “By opening my shop I am ensuring I am following all of the rules, from disinfecting the front of the glass case every few customers, to markings on the floor to ensure that everyone stays at least six feet apart. Also, we have installed sneeze guards and we are ensuring an easy flow upon entering and exiting the shop.”
With McNutt’s fighter instinct in high gear, she – and her staff – will put their heart and soul into every one of McNutt’s special creations for their customers.
“This pandemic has thrown some big things our way but we will use the experience as a catalyst to rebuild our lives,” she said.