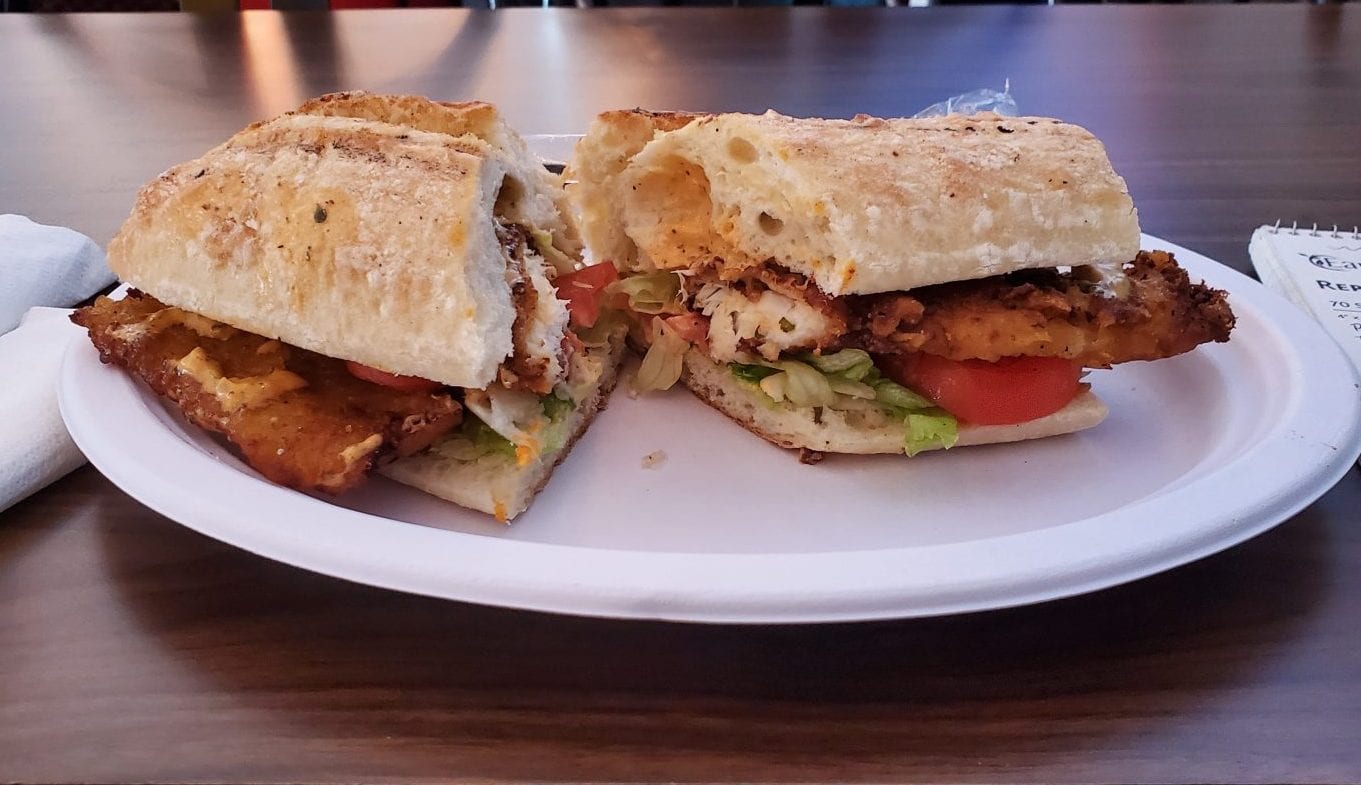 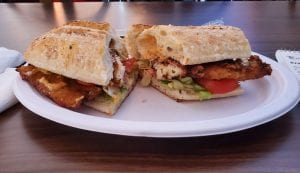 WEST SPRINGFIELD- Today’s edition of my Big E weird food reviews takes a look at a kind of fish that I have always wanted to try but never had the opportunity: catfish.

The Deep South Food Company set up shop on Industrial Avenue across from the Better Living Center. It’s menu features southern style food, and in most cases, Louisiana-style southern food.

Although fish in and of itself is not very weird of a food, catfish is very uncommon to find in New England, hence why I have never had the chance to try it.

The Deep South Food Company serves their catfish in the form of a po boy sandwich. Such a sandwich typically consists of different types of seafood fried in a batter and served on a fluffy french baguette with tomatoes and lettuce as well as mayonnaise. In this case, the mayonnaise was a spicy, chipotle-like mayonnaise that added a slight kick to the sandwich.

The sandwich itself costs $11, and like most quality food items at the Big E, is quite filling.

I had heard opinions in the past that catfish was usually not the best tasting fish, so I was surprised to see it on the menu. My first bite revealed that my preconceptions were incorrect, as the fish was quite flavorful. It did not have that ‘fishy’ flavor that is often associated with certain seafood, much to my surprise.

The final installment of the Big E weird food reviews will be featured on Monday’s edition of The Westfield News. The last weird food I will attempt to eat will be the infamous Craz-E burger, which, for those who do not know, is a bacon and cheese burger with glazed donuts in place of burger buns.