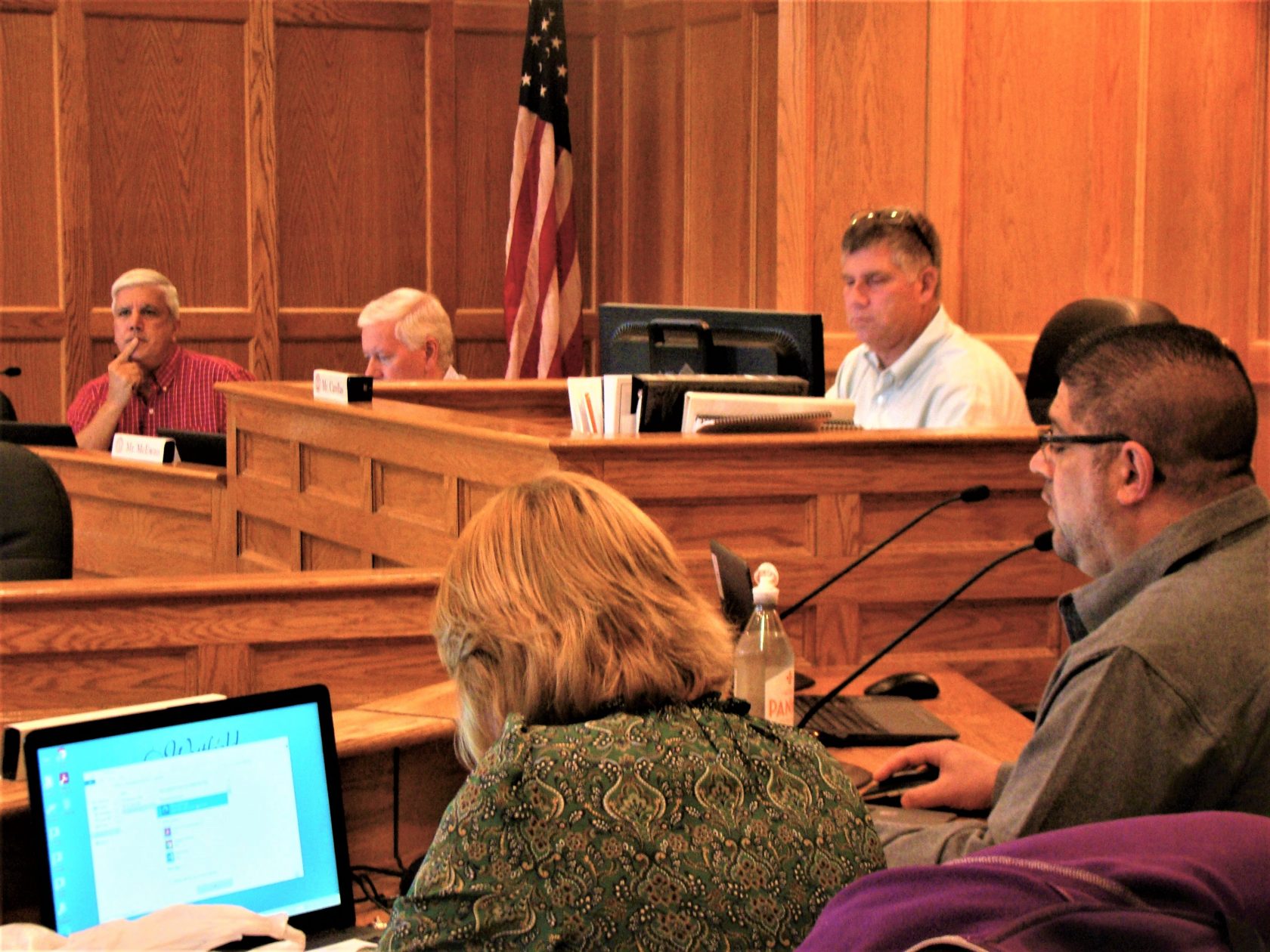 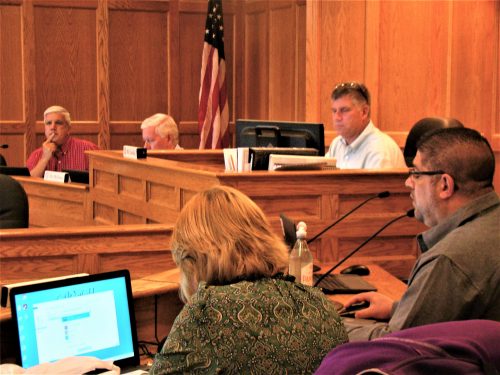 The Westfield Planning Board deliberates at its Sept. 7 meeting. (AMY PORTER/THE WESTFIELD NEWS)

WESTFIELD — The Planning Board this week endorsed a proposal to allow breweries in the city’s Industrial A zones to open taprooms to serve customers on-site.

Ward 2 City Councilor Ralph J. Figy proposed the zoning change on behalf of Kismet Brewing Co. on South Broad Street in Westfield. He said the breweries would still need to get an alcohol pouring permit from the Alcoholic Beverages Control Commission.

“I don’t see anything wrong with it,” said Planning Board member Robert Goyette.

City Planner Jay Vinskey said the amendment would be a broad change to  the Industrial A zone, “not just this brewery.”

Figy said microbrewers throughout the country are expanding and becoming increasingly competitive, and this amendment would aid business.

John Bowen asked if a parking review should be added to the amendment. Vinskey said the review would be required anyway. “The building inspector also noted that there will be parking requirements based on restaurants or bars built into the ordinance,” Vinskey said.

Figy said there are several taprooms in Westfield breweries now, just not in Industrial A zones.

Speaking in favor of the zoning amendment, one resident said he would like to eventually propose cannabis consumption in Industrial A, saying the only place in town where one can consume is at the Hilton hotel.

At-large Councilor Dave Flaherty, who said he was speaking “as a person,” commented that the microbreweries have been wonderful for the town.

Former Ward 1 Councilor Mary Ann Babinski said she had sent the Planning Board a letter from Heidi Leonard on Root Road opposing the amendment, and read a portion of it which asked if there would be residential areas impacted throughout the city if the change is made. The letter also suggested instead of changing the zoning, city boards should consider each application separately.

Babinski said her own concerns were about what precedent would be set for Industrial A by allowing one business to open a taproom and sell associated merchandise.

“Are we setting a precedent in all of Industrial A because of one business that wants a taproom? I’m concerned about the process,” she said, calling it spot zoning.

Figy siad it is not a spot zone change, which would be creating an Industrial A zone somewhere else. “This is expanding what is allowed by right in Industrial A,” he said, adding that the building inspector would stay on top of the process.

Planning Board member Rich Salois said he would be more in favor of requiring a special permit instead of making it by right. “We should at least have control,” he said.

Vinskey said for whatever reason, restaurants are allowed by right in Industrial A, as are marijuana shops.

“I’m for it. Wood manufacturers can sell their products,” said Planning Board chair William Carellas.

The vote to recommend the zoning change was 5 to 3, with Salois, Cheryl Crowe and Raymond St. Hilaire voting no. Vinskey said the board could let the council know that some members thought a special permit should be required.