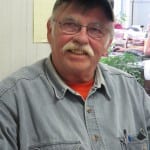 Hoose was born in Holyoke and lived in Delaware and California. He was a U.S. Army veteran who served in Vietnam. He later returned to Massachusetts and lived in Chicopee before he settled in Westfield in 1998 where he became active in the Democratic City Committee. He served on the Off-Street Parking Commission and was a City Councilor from 2014-2015.

Hoose remained an advocate for the city and causes he held dear. When he was no longer a councilor, he attended council meetings and often spoke during public comment. Hoose was a teacher and worked in the various positions within the human service field.  Brian was an active contributor to The Westfield News, writing letters to the editor on a regular basis.

Hoose leaves his sister Jean Rodich and a nephew.  Burial with military honors will be held on Tuesday, September 1st at 2:00pm at the Massachuseets Veterans Memorial Cemetery on Tuesday, Sept 1st.  www.firtionadams.com