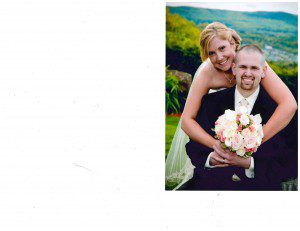 WESTFIELD – Joseph and Darlene Lloyd of Westfield are proud to announce that their daughter, Brittany Marie Lloyd wed Michael Christopher Chistolini on May 5, 2012 at 4:00 p.m. at the Log Cabin in Holyoke. Michael is the son of Christopher and Debra Chistolini of Westfield.

The reception was also held at the Log Cabin with 150 guests in attendance.

The couple’s wedding destination was Sandals Resort, Montego Bay, Jamaica, and will reside in Essex, VT.