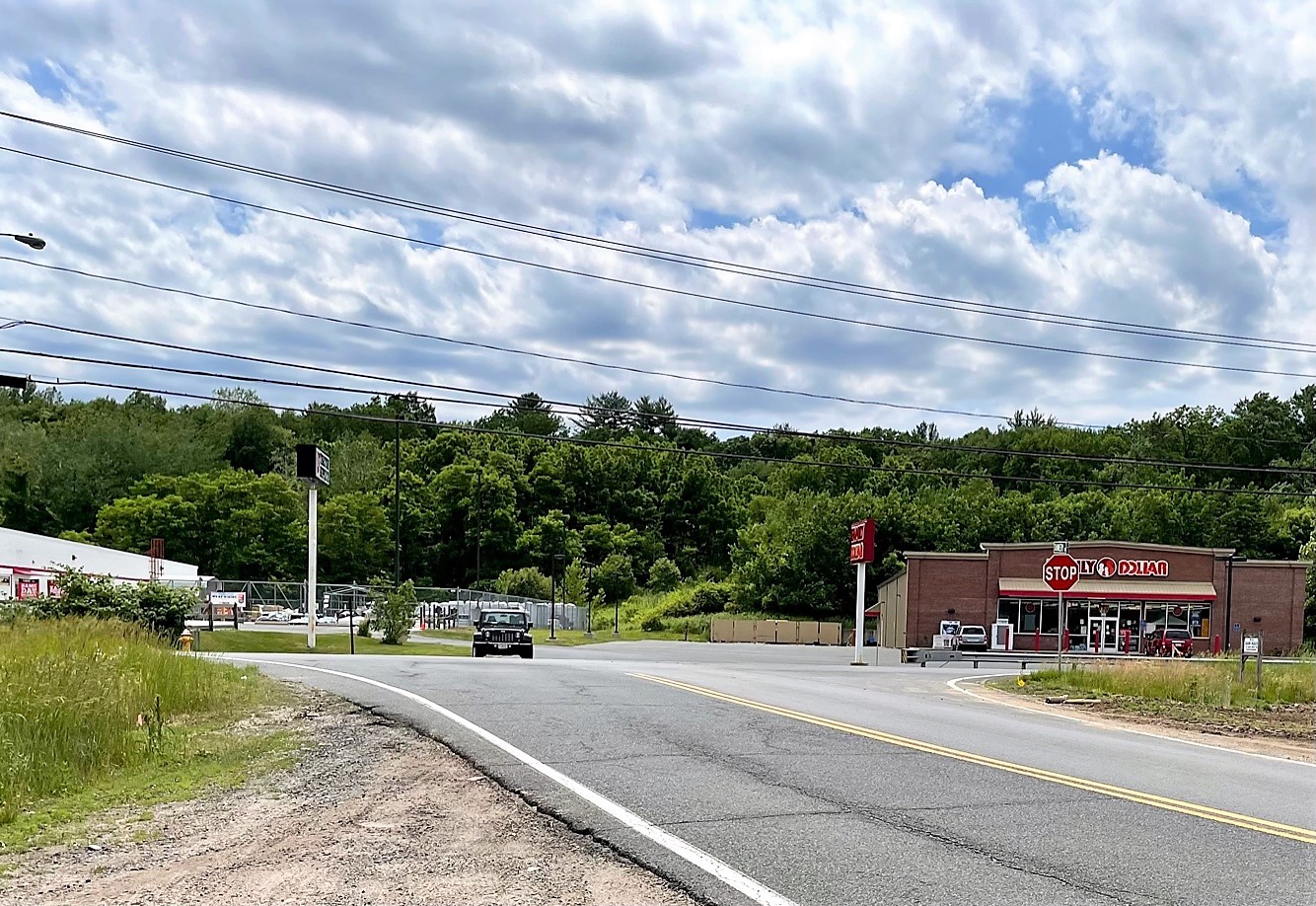 SOUTHWICK- Opponents of the Carvana project are continuing their campaign with a fundraising dinner and a rally ahead of the July 20 Planning Board hearing.

The Save Southwick group said in a release that they will have a fundraiser dinner July 15 from 5  to 8 p.m. at the Southwick Inn. Tickets for the meal will be $20 for adults and $10 for children 10 and under. Salad, pasta, meatballs, and rolls will be served. The funds raised from the dinner will go towards the Save Southwick legal fund, which totaled $20,000 as of July 12.

Property at the corner of College Highway and Tannery Road across from a strip of stores is the site of a proposed Carvana facility. (HOPE E. TREMBLAY/THE WESTFIELD NEWS)

On July 17 from 10 a.m. to noon, the group will have another protest in front of Town Hall ahead of the continued July 20 hearing. Protests took place there on June 26 and again on June 29 immediately before the most recent Carvana Planning Board hearing.

The June 29 hearing was continued to July 20 after it had run past 11 p.m. and had totaled nearly four hours of mostly Carvana-related public comment.

In the July 12 press release from Save Southwick, organizers said that in addition to Attorney Tim Ryan, the group has retained counsel from  McGegor & Legere, an environmental law firm in Boston. Save Southwick has also been working with Sprawl Busters, a Greenfield organization that helps community organizations oppose large scale developments.

The online used car dealership is seeking to construct a 65.7 acre vehicle processing facility at 686 College Highway. The parcel of land is zoned as “Industrial Restricted,” which allows for a facility like Carvana’s to be constructed there. The Planning Board is considering a special permit, site plan approval, an earth excavation special permit, a wellhead protection district special permit, and a stormwater permit for Brinkmann Constructors, the contractor Carvana chose to build the facility if it is approved to do so.

“We now live in an e-commerce age where huge warehouse distribution centers are the new sprawl,” said Andrea Bugbee, a Southwick resident who has been heavily involved with Save Southwick. “Southwick’s fight against Carvana is a warning to surrounding towns to update their zoning laws against (or for) similar distribution centers in their own communities.”

Opponents of the facility have cited traffic concerns, water usage concerns, and the impact of 65 acres of asphalt on what is currently farm land as reasons why they oppose the project.

The additional vehicle activity would be relatively low in comparison to the average daily traffic on College Highway by itself if Carvana’s estimate is correct. More than 13,000 vehicles are estimated to travel both ways on College Highway on a given day.