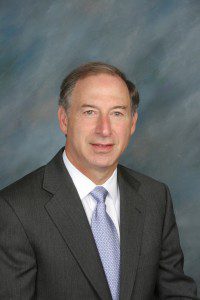 When does generosity disqualify you in your time of need?
It is common for people to want to make gifts and transfers to various charities during their lifetime. These gifts could consist of stock, cash, life insurance, etc. As people become older, they sometimes find that they don’t need as much financial wealth to live on, and they are willing to make either an outright gift or a planned gift, such as a gift annuity or a charitable trust.
When this happens, consideration must first be given to the potential need for Medicaid down the road, as Medicaid requires a look back period of up to 5-years in order to qualify. This means that any gift that was made within the last 5-years may be looked at by Medicaid with a question of whether it was made as part of a lifetime giving plan or if this was a single gift intended to spend down assets to qualify for Medicaid.
In many jurisdictions, the gifting of funds to charity may be regarded as disqualifying transfers, but if there have been significant gifts over years, the Medicaid authority should review the gift and determine that it is not intended as a spend down strategy, but rather was given as part of a deliberate lifetime giving strategy, even through incapacity.
A similar strategy is when a person has a history of giving a weekly or monthly gift to a charity. Most Medicaid offices have agreed that such gifting to charity is not construed to be a disqualifying transfer, and therefore, that person would qualify for Medicaid and not be forced to ask the charity to return the gifted assets, which could be devastating to a charity that believed the gifts were without restrictions or strings.
In many cases, as long as the person making the gift is not pending placement in a long-term facility, the gift will probably not be challenged. When in doubt, however; a request can be made of the physician attending the donor that at the time of the prior gifts to determine that the donor was competent, of sound mind, and not disabled to the extent that they may have required institutionalized care in the near future.
Often the agent serving under a power of attorney for a donor has the authority to maintain a gift giving program to family as well as charities. The donor’s intentions were well thought out, and these gifts should be respected by all governmental agencies. Certainly, they are construed to be gifts for income tax purposes, however; the IRS could challenge a gift if there was no authority within a power of attorney to allow transfers and gifts to be made.
A questionable gift may be one where a person has pledged to make it, but has not yet complied with its fulfillment. In this case, the pledge may be construed to be a contract, and the power of attorney may be acting within his or her authority to complete the payment of the pledge even if the power of attorney document itself does not allow for gifts to be made. This gift may merely be a completion of the contractual terms in fulfilling the obligation of the donor to the charity.
In such a questionable situation such as this, where a charity is aware that the principal has become incapacitated to the extent that they are unable to make their own legal and financial decisions, the charity should review the status of the gift. The charity may wish to verify that the current situation is one where either the principal has sufficient funds to pay for their own medical expenses for 5-years, or their life expectancy is short enough that there will be sufficient funds to pay for the donor’s care for the balance of their lifetime. If not, the charity may be asked to return gifts, so they should not place the funds in an irrevocable endowment fund or use them for permanent expenditures.
If this does happen though, the applicant for medical assistance through Medicaid would ask for a hardship waiver, since the gift would be difficult or impossible to be refunded. In such situations where the donor may not be 100 percent competent, the charity should check with the donor’s accountant and attorney before the gift has been irrevocably allocated to a specific fund.
Gift giving can be a risky venture for people who may need Medicaid coverage within a few years. No one wants to be in a position to ask recipients to return their gifts, and no one wants to be denied the medical care they need. When in doubt, it’s smart to check with a qualified estate planning attorney who can advise you of the best strategies to suit your situation.
Attorney Hyman G. Darling is chairman of Bacon Wilson, PC’s Estate Planning and Elder Law Departments, and he is recognized as the area’s preeminent estate planner. His areas of expertise include all areas of estate planning, probate, and elder law. He is a frequent lecturer on various estate planning and elder law topics at local and national levels, and he hosts a popular estate planning blog at http://bwlaw.blogs.com/estate_planning_bits/