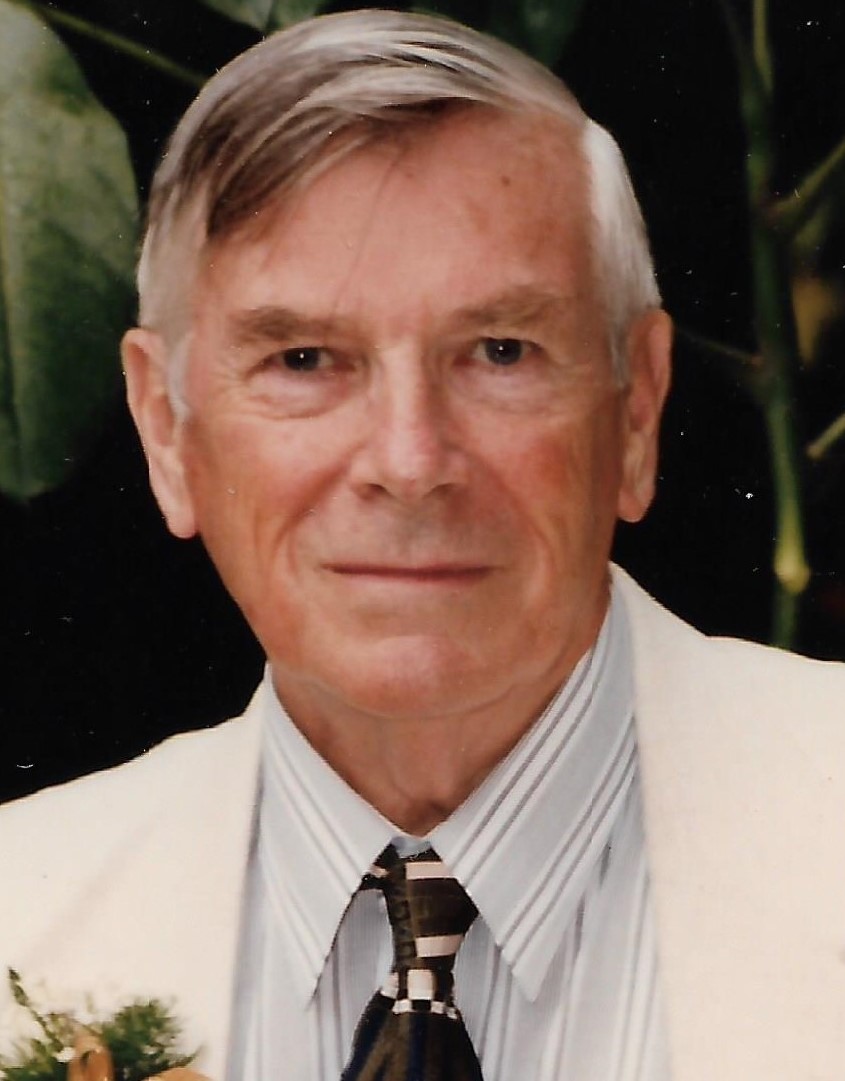 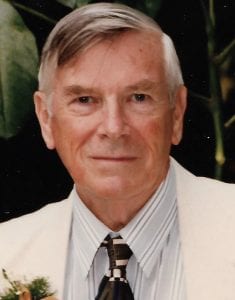 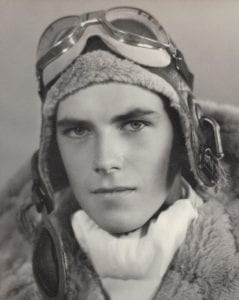 WESTFIELD – Charles Henry Darling, beloved husband, father, grandfather, and friend, died at home with his family by his side on May 17, 2020 of natural causes. Born in Malden, Massachusetts in June 1924, he was  the son of the late Charles E. Darling, Jr. and Mary Louise (Hescock) Darling. Henry, as he was known, spent his earliest years in Malden before moving to Westfield, MA at five years old.

He attended local schools, leaving Westfield High School in his senior year to join the U. S Army Air Corps as a fighter pilot. In June 1943, he returned from Air Corps training and became the first WHS student to graduate in uniform. After receiving his wings as a Second Lieutenant he was assigned to the Eighth Air Force, 479th Fighter Group, 436th Fighter Squadron stationed in Wattingsham, England. He flew P-51 Mustang missions over occupied Europe during World War 2 and received the Air Medal with nine oak leaf clusters and three Bronze Stars. His airplane was named the “Dottie Mae,” after his girlfriend and future wife Dorothy Mae Crimmin. After he returned from England, Henry married Dorothy on September 11, 1945. The two had met in 1941 in Pemaquid, ME as teenagers. Their love for each other would last their whole lives.

His love of flying continued after he left the Air Corps. He was instrumental in the effort to create an Air National Guard unit in western Massachusetts. On May 30, 1947, he became one of the first seven members inducted into the 131st Tactical Fighter Squadron, which later became the 104th Fighter Group at Barnes Airport in Westfield. Henry went on to attend American International College and studied electronics at the Massachusetts Trade Shop School in Boston. His interest in electronics led him to work as an independent radio and television repairman in the Boston area in the early 1950s. He returned to Westfield in 1954 and worked for Supreme Radio, Wico Electric, Steven’s Paper Mill as their test engineer, and finally at the Westfield Gas and Electric Company. He retired as the G&E’s Support Service Director in 1986. He retired from the 104th Air National Guard at the rank of Lieutenant Colonel.

Henry was active in the Masons and the Shriners. He was a past master of the Mount Moriah Lodge AF & AM, a member of Scottish Rites, and a member of the Melha Shrine, Hadji Unit. He recently attended a ceremony celebrating his 50 years in the Masons. Henry had a lifelong love of dancing starting as a child when he and his sister Gloria attended tap and acrobatic dance classes at the Professional Building in Westfield. Henry and Dorothy became avid square dancers, at one point serving as president of the Pioneer Valley Square Dance Club. He continued dancing throughout his life, often seen tap dancing in the kitchen or dancing with his grandchildren well into his 90s. Henry’s charm and wit will always be remembered by those who knew him. He was the life of the party, hosting many gatherings for friends and family. Henry could usually be found in his cowboy boots sitting by his fishpond, working in the garden, playing cards, telling stories and always entertaining and teasing those around him. He made friends wherever he went. His children and grandchildren were his pride and joy. Henry and Dorothy’s was a true love story and she remained the center of his world until the very end.

Along with his parents Henry was predeceased by Dorothy, his wife of 73 years, his brother Robert and his sister Gloria Wielgus. He leaves his brother Daniel and his wife Ruth of Westfield, his sons Charles L. and his wife Ann Tumavicus of Westfield, Steven and his wife Tracy of Bethany, Connecticut, and David of Lady Lake, Florida. He also leaves his grandchildren Sydney, Elizabeth, Tianna, Charles E., and Mairi and his great-grandchildren Brooke, Matthew, Jax, and Luke. There will be no service for Henry at this time. In lieu of flowers, donations can be made to the Shriner’s Hospital for Children, 516 Carew Street, Springfield, MA 01104.