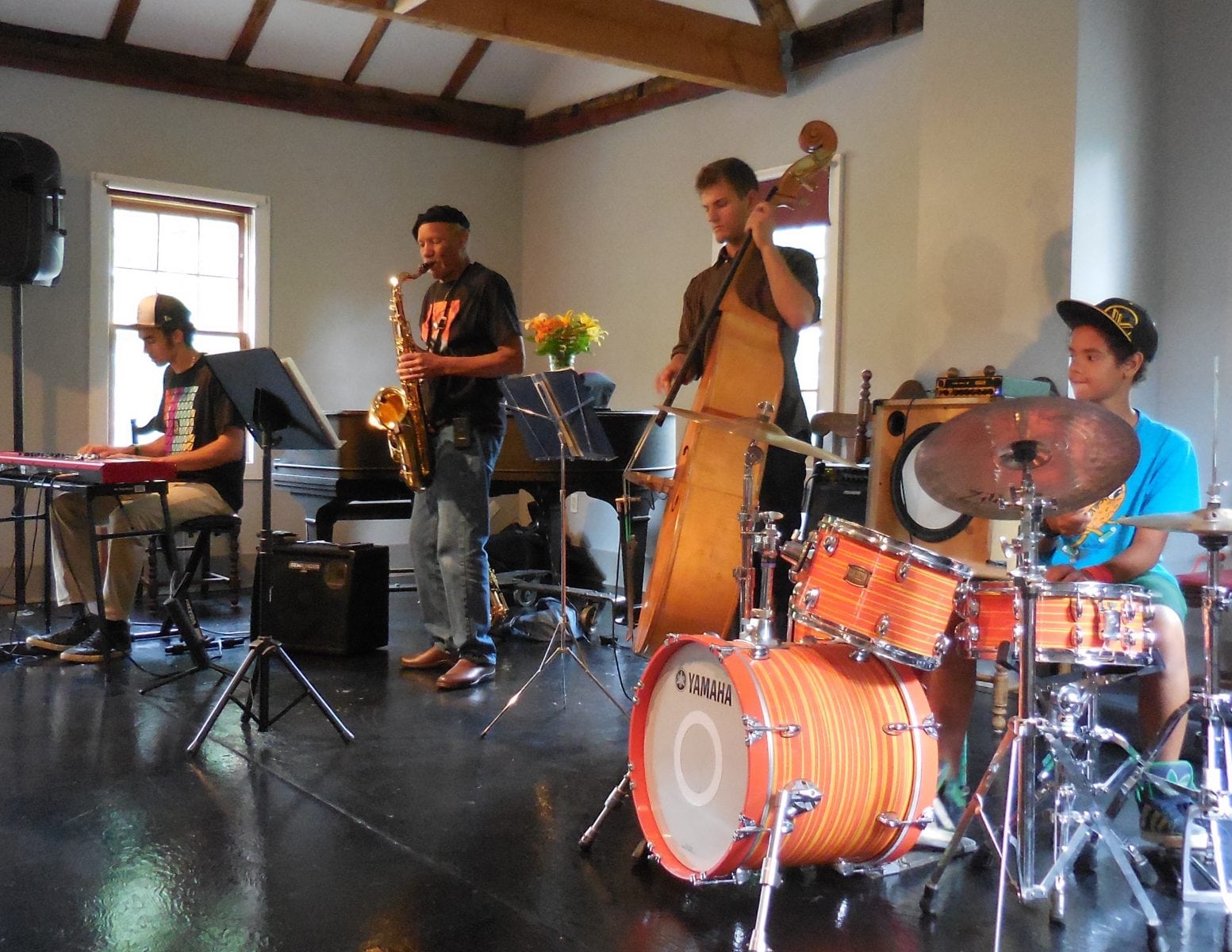 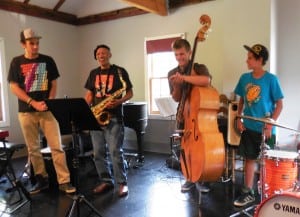 HUNTINGTON – Charles Neville & Sons played to a sold-out crowd on Sunday afternoon as part of the Historic North Hall Arts Fest 2015.
Neville, the legendary jazz saxophonist and member of the famous New Orleans Neville Brothers, lives in Huntington. He was accompanied on keyboards by his son Khalif Neville, 18, a recent graduate of the Pioneer Valley Performing Arts School in South Hadley, on stand-up bass by Eli Heath, 18, of Haydenville, also a recent PVPA graduate, and on drums by his son Talyn Neville, 12, who will begin PVPA in the fall. Charles Neville introduced the band as the New England Neville Brothers.
The instrumental quartet played jazz standards, reggae and rhythm and blues, ranging from “Night and Day” to “Tequila,” and ended with the traditional New Orleans closer “When the Saints Go Marching In.” All the accompanists were masterful, trading melodies and improvised solos, to the obvious delight of their father and mentor, who has performed on every stage and venue imaginable.
Ruth Pardoe, a member of the North Hall Association, thanked everybody for their support and for making the Arts Fest possible. She also thanked all the sponsors, including The Westfield Evening News.
Upcoming events at North Hall include an Open Mic Music Jam on Friday, August 7 at 7:00 p.m., Tom Knight Puppets family show on Saturday, August 15 at 11:00 a.m., “The Duck Variations” by David Mamet, directed by Kenneth Tigar, with four performances August 28, 29, 30, and the Old Country Road Band, Sunday, September 13 at 2:00 p.m.
For more information, go to www.northhallhuntington.org, or call 413-667-5543.