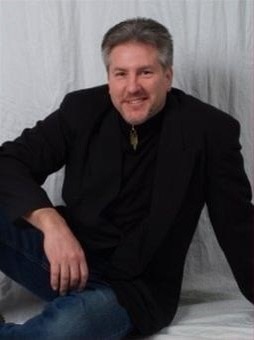 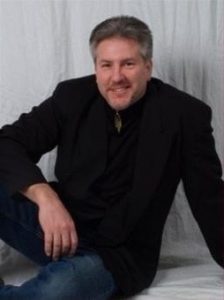 with Pancreatic Cancer with his daughter and her Aunt Lizzie by his side. Christopher was a 1978 graduate of Westfield High. He was a man that believed the world had a lot to offer and life was a journey, never afraid to set another goal – but that meant he needed to accomplish it. He excelled at every venture he took and completed his journey on earth an exceedingly accomplished man. After high school, Christopher joined the U.S. Air Force and served his country for 6 years active duty and 14 years as a reserve, retiring after 20 years with numerous awards and medals of honor for his service. He then went into private investigations; followed by his joining of security forces with University of Hartford where he worked full-time and then started night school to become a licensed Electrician. Christopher worked the next five years as an Electrician and began to get back into his hobby taken up in Okinawa, Japan – Karate. Chris had discipline like no other, he always gave 200% when he set a goal. This attitude awarded him the opportunity to be asked to run a branch of the karate school he had joined years prior. This would take Chris into running his own Dojo for the next 15 years where his “sensei wisdom”, and teachings of respect, self-control, discipline, and always trying your best have made a lasting impression to this day on his students and families. His love for the art also brought him side-by-side training with his daughter as they both were there for one another achieving their blackbelts as each other’s cheering squad. After selling his Dojo, he moved South where he returned to his first love of being a security guard at a local hospital where he would later get the opportunity at age 57 to complete the 12-week training of the Police Academy. Despite being the second oldest in his academy class, he never let that slow him down; in fact, he took it as an added challenge to shine past the youngsters.

Christopher was highly creative, handy, and always working on projects in and around his house. He had a great love for photography, gardening and making his yard beautiful. One of his favorite things however was his love for the freedom of the wind through his soul on his motorcycle, especially riding the twists and the turns of the Kancamagus Highway in NH. When he was not working, Chris enjoyed shooting competitions, Nascar races, cheering on his beloved Boston Red Sox, lounging on the beach, hiking and nature time to the simple times of sitting to enjoy a pizza, milkshake, or Mug root beer with milk with his dogs Letty and Kuma.

Christopher leaves behind his most cherished possession, his daughter Crystal Marie Muth and her husband Joshua, of Pittsburgh, PA. He was welcomed to heaven by his mother Rosalie (Kaplan), and leaves behind his dear father Charles of Ocala, FL, his three brothers, Wayne, Mike (Bonnie), Jeff (Sue) and his sister Cheryl Desroches (Jeff). He also leaves behind his nephews Andrew and Kevin, and niece Natalie. In addition, he leaves his cherished Uncle Nip Brown (Barbara), Aunt Mary Antil and Aunt Dorothy Bzdafka (Steve), as well as his many cousins. Many of whom he shared a round of golf with or a hockey game. Along with his immediate family, Chris remained close friends with Julieanna Irwin and his lifelong friend Jimmy Wills. Wills and Brownie were a duo, that never let miles or time drift them apart. Chris also held many close friendships with coworkers and neighbors many who kept him company to the end. Life was a highway, he wanted it his way and that he did. Chris was known for his meticulous regimented ways and style up until his last day here with us. Chris continued his sense of adventure until the end by completing bucket list items with his daughter. His strong spirituality guided him to teach others the belief of “everything happens for a reason”.

Memorial services to be held at Firtion-Adams Funeral Home in Westfield, MA on Monday, August 23rd with calling hours from 11 am – 2 pm, service at 2 pm, followed by a private burial at the VA Cemetery in Agawam with reception to follow. In lieu of flowers, Chris requested donations be made to the Pancreatic Cancer Foundation at pancan.org or the Fraternal Order of Police at fop.net/donate.