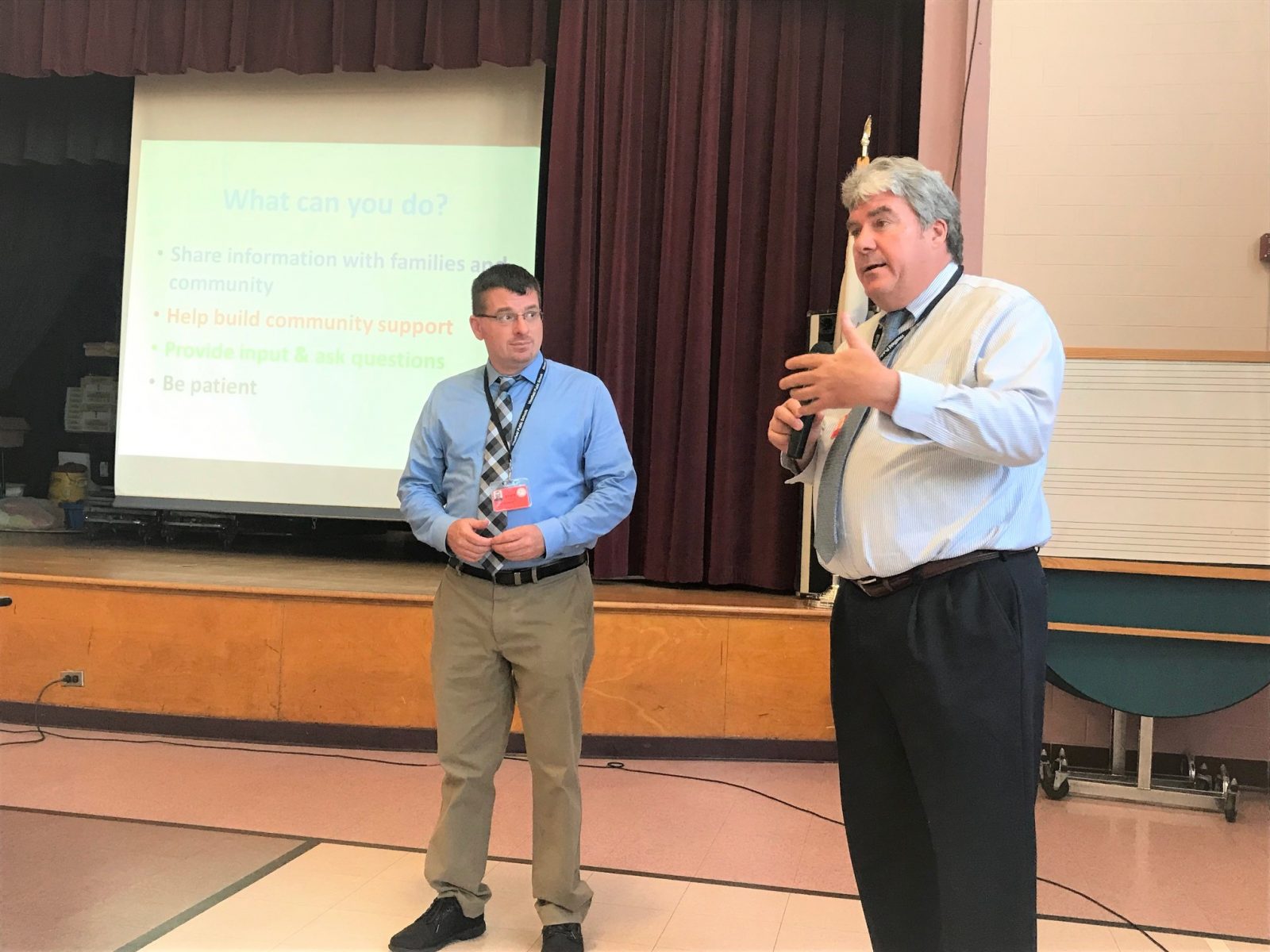 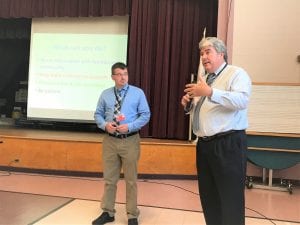 Czaporowski also announced that they will not be collecting chromebooks back from the students at year’s end.

“We have made the decision not to collect chromebooks from staff or students in June except from those that are leaving the district. While opening day for students is not until Aug. 31, we still face a lot of uncertainty in terms of what school will look like next fall. We do not believe that it makes sense to collect Chromebooks in June only to have to redistribute them in August,” Czaporowski wrote in an email to families on May 19.

Czaporowski said in both the email and at the meeting that the Department of Elementary and Secondary Education Commissioner Jeffrey Riley has assembled a committee with recommendations for opening school next year, and the district will also be creating its own working groups to ensure safety for students and staff.

He said they know there may be some interruption because of the virus, and that there are three possibilities: A normal return to school with health safeguards; a hybrid model with some remote learning, or remote learning to start the year. “For that reason, we are deciding not to collect chromebooks at the end of June. We also have a number of students participating in credit recovery over the summer, as well as summer school for special education students,” Czaporowski added.

In presenting the wrap-up of the three year technology plan, Czaporowski said they have made some great progress. “Three years ago, we would not have been able to do what we’re doing with remote learning. It is quite an accomplishment,” he said, thanking the technology committee for implementing the plan.

Rix, who chaired the technology committee, said the three-year plan was very aggressive, and required a lot of work from everybody, including the Tech Center, administrators and teachers.

He said there were five target areas in the plan with 80 action steps, all but four of which have been implemented. “A plan at that high efficiency is kudos to everybody,” Rix said, adding that they also moved the capacity in the schools by 100 megabytes, from 10 mg to 1 gig.

Reviewing the work over the three years, Rix said in year one the schools focused on the wireless network. “The theme was to make learning mobile and independent,” he said.. They created a Bring Your Own Device policy, implemented in year two in the high school, and launched Google Classroom. They also made major investments in chromebooks and IPads.

Last year, they implemented Google Classroom at every school, equipped schools with smart boards, started accepting online fees, and hired a technology coach to work with staff on integration of the technology into their teaching. The schools also fully implemented digital MCAS, and all staff attended professional development for it. He said last year, district-wide, they had two students to every one device.

This year, they implemented 1:1, one student to a dedicated device, at Westfield Intermediate School and Westfield Middle School, as well as the remote learning plans, which had been in development through the curriculum. The district ended up handing out 1600 chromebooks for students to use at home during the closure.

Rix said their recommendations going forward are to establish a new working group to come up with a two-year plan, which may include interactive monitors. The district also wants to continue developing remote learning with all students and staff, such as how to have a chromebook at Little River for the salmon release. He said the working group should begin July 6 (coincidentally, the date of his announced retirement).

Rix said they also want to continue sustaining chromebooks, using grant money for individual devices. He said the district has been able to put in $125,000 a year in tech infrastructure.
They will also look at becoming 1:1 district-wide.

Czaporowski added that the state has also laid out tech standards, which the district is following as well.

“This was truly a team effort. I can’t thank the folks that worked hard on this. Especially the staff and students, and the Tech Center for their guidance. Over the three years, I feel we’ve done a heck of a job on the goals we set out for ourselves,” Rix said.

Mayor Donald F. Humason Jr. thanked Coordinator Lenore Bernashe and the Tech Center for the time they put into helping the schools..He also asked if the students are still ahead of the district staff in their technological aptitude, “or are they coming along with us.”

“I think it varies. It depends on the student. Some students are very technologically savvy,” Czaporowski said, adding he knows that because at home, some are trying to get around the network filters, which is not permitted. “I think they’ll always be better versed than us old folks. They were born with a device in their hands,” he said.

“They (the Tech Center) have been great to work with, and worked with the curriculum department monthly. There was great communication,” Czaporowski said.

Ramon Diaz Jr., said he had read the whole plan over the weekend. “I want to commend the teachers. I work on technology; I know where we were, and where we are now. It was a Herculean effort. On behalf of the School Committee, we all appreciate it,” he said.

Heather Sullivan also suggested using younger teachers as resources going forward. “I’m noticing some of our first and second year teachers are phenomenal with it. They could be a huge resource for some of our teachers who aren’t as used to it. Like Ron said, changes in technology in three years, feel like light years.”

Czaporowski said he wanted to thank the over 400 teachers that were trained in Google Classroom under Technology Supervisor Erika Masciadrelli, some of whom had become Google experts.

Bo Sullivan asked whether everything that has happened in the last couple of months will set the district back in their goal to implement 1:1 for grades k to 4. “How far behind the eight ball are we,” he asked.

“We’ve ordered 700 plus chromebooks with this year’s funds, and we’re looking to even buy more whether through grants or other means,” Czaporowski said, adding that since school in the fall will probably be a hybrid model, the district is looking to add as many chromebooks as possible.