WESTFIELD—The company that won the bid for the demolition of the former Romani’s Bowling Alley on Church Street is getting ready to take the building down.

Work will be starting next week at the 11 to 13 Church St. location, and is being done by the Springfield-based company Associated Building Wreckers. The project is part of the city’s Elm Street Urban Renewal Plan and expected to be done by the beginning of October, with the first step to safely remove and discard asbestos from the building. 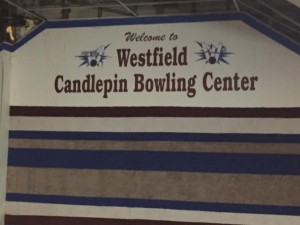 The interior sign of the Romani’s Bowling Alley set for demolition on Church Street, formerly owned by the Romani family. (Photo by Greg Fitzpatrick)

“Oct. 4 is the expected date for completion,” Mitchell said.

According to Mitchell, Associated Building Wreckers will remove the hazardous material starting Monday, Aug. 7, after they successfully filed for the removal of the material with the Massachusetts Department of Environmental Protection.

In addition, Mitchell said that they have filed demolition permits with local utilities in the area, as well as the city.

Associated Building Wreckers was chosen as the winning bid on June 23 and were among five companies who put in qualified bids on the project. According to Mitchell previously, the company’s bid had come in about $40,000 lower than estimated, at just over $138,000. The project was initially estimated to cost $175,000.

Previously, the locations were taken by the city through eminent domain in a process started by the Westfield Redevelopment Authority (WRA) in February.

Once the demolition is completed, the location is expected to become a gravel lot that downtown visitors and others can utilize as additional parking at least temporarily, which could alleviate the issue of insufficient downtown parking at times in the city. 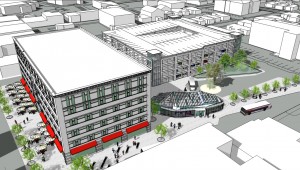 Also after completion of demolition, Mitchell said that a request for proposal—which is an action done in order to solicit bids for a project—will be sent out by the city for the nearby Elm Street properties, which were also part of the Elm Street Urban Renewal Plan.

“On Elm Street we are in discussions with private developers to see what different options are out there,” Mitchell said.

The city has planned previously for a multi-level parking garage, as well as a mixed-use business and commercial building in the area following demolition.