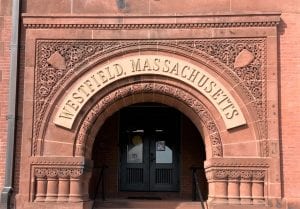 WESTFIELD – Despite a protest from former School Committee member Jeffrey Gosselin during public participation, the City Council on March 18 unanimously voted for a second reading and final passage to increase the rate of compensation for members of the School Committee.

At the Council meeting, Gosselin objected to the size of the planned increase, from $5,000 to $8,100 beginning on July 1, 2021, then over a number of years to over $10,000. Gosselin said the request should be studied, reviewed and planned. “There is more work to be done,” he said.

The increase originally came up in August of 2019 in the School Committee, which hasn’t had an increase in compensation since 2002. The matter was then discussed at several meetings before voting to submit the request a year ago, just prior to the COVID-19 shutdown.

Along with objections voiced at the meeting, Gosselin previously filed an Open Meeting Law complaint against the School Committee for not including on the Feb. 22, 2021 agenda the discussion and vote to resubmit the letter to the Council requesting consideration of the increase. In response to the OML complaint, the School Committee put the motion on the March 15, 2021 agenda and voted again to resubmit the letter to the Council with no further discussion.

Several councilors spoke up on behalf of the School Committee during the discussion on the second reading at the City Council meeting on Thursday.

“The School Department, though I don’t always agree with them, they do an awful lot of work. I calculated based on what they told us about meeting times, during the last few years, they’ve been working for 13 bucks an hour. They pay kids more to flip burgers This rate would take them up to maybe $20 per hour, which is still a bargain for what they’re asked to do. They’re in charge of over $60 million directly, and $80 million in total costs for the city. There’s only six of them,” Flaherty said, adding that the total increase is only $18,600 per year and doesn’t start until the next fiscal year. “They certainly deserve this upgrade and I’m happy to support it,” he said.

“I agree,” said At-large Councilor Dan Allie. “They do a tremendous amount of work, they’re on all the committees. They don’t have a Personnel Action Committee, they have to do it all themselves As I said before, even when we considered our own pay raise, why (does) it go on so long. It’s ridiculous to go 10, 12, 16 years – it’s a lot to correct. That money was worth a lot more 16 years ago than it is now. I think it’s fair that we restore it in that regard.”

“I think the School Committee along with most of the City Councilors do a lot of work outside of meetings. It’s not just taking the meeting time and dividing it by the salary or the stipend. I wish I only had to do meetings. It’s the time spent outside studying, talking to constituents, talking to residents. That’s where the real time is. Just so the public knows, it’s not just meeting times, there’s a lot of work behind the scenes that nobody knows about. I again fully support this,” said L&O chair William Onyski said.

“I would also like to commend L&O for the job they did investigating this, working on this. This wasn’t just a fly by night operation, they put a lot of time into it to come up with a structured rate,” said Ward 2 Councilor Ralph J. Figy.

Ward 3 Councilor Bridget Matthews-Kane said she echoed all of the comments about the work they do, how long it’s been since they had a pay raise, and how much work is done outside of actual meetings.

“I’m a parent with kids in WPS right now, and I think they’ve done an excellent job during COVID. When I speak to friends of mine in other cities and towns throughout the state and in other states, they are not as happy with the educational experience their kids have had during COVID. I’m not saying it’s perfect, it’s been a really difficult year, but Westfield’s done an excellent job, I think it’s in large part due to the work the School Committee has done. I think it’s another reason to back this,” Matthews-Kane said.

At-large Councilor Kriste Mello also thanked L&O for doing the hard work and Gosselin for coming in and speaking to the Council. “We have voted for much larger sums just for contingencies and mistakes. This is not a lot of money, and I would be in support,” she said.

“I’ve attended many of these meetings over the last eight years, not just the last year with COVID. The School Committee over the years has done yeoman’s work, always thinking about the students. Not just at meetings, but behind the scenes and in subcommittees. I fully support this,” said At-large Councilor Cindy C. Harris, before the unanimous vote was taken.