WESTFIELD—The city will soon be starting energy-saving projects in Westfield schools, after a Green Communities grant was accepted by the City Council Thursday.

The city of Westfield received approximately $266,000 in grant money as part of the Green Communities program through the Massachusetts Department of Energy Resources (DOER). The grant, which was was first announced in March, was accepted by the City Council during their meeting Thursday night. The money will go toward energy-efficient projects in Westfield schools and other municipal buildings, as well as the purchase of an electric vehicle for city employees to use. 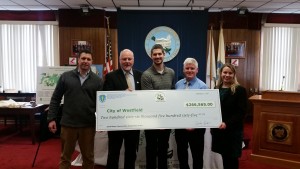 According to Mayor Brian Sullivan, the projects are expected to be beneficial to both the environment and the city.

Measures include interior lighting retrofits, weatherization, steam traps and walk-in cooler/freezer controls. In addition, an electric vehicle will be purchased.

Sullivan said that the electric vehicle will take additional money to purchase, as well as money for a charge station. It is estimated for the vehicle to cost about $35,000, with $23,000 coming from the Green Communities grant. The city is pursuing additional grant money through the Massachusetts Department of Environmental Protection to cover the vehicle costs, while the charge station installment and cost is being investigated by the city. 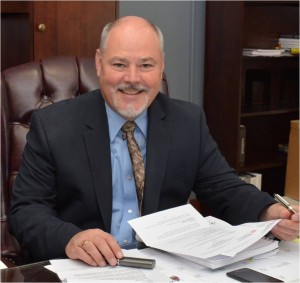 According to Sullivan, the two projects that are the highest current priority are the electric vehicle and lighting at Westfield High School, specifically in the pool and the gymnasium.

Sullivan said that the grant money, once utilized for the projects, will save the city money and will open it to additional grants.

“Basically, every project that we are doing will save us money over the long haul. The car, the lights, the upgrades,” he said.

“As long as we are in good standing and completing the projects that we apply for, this will open up for other opportunities in the future,” he added.