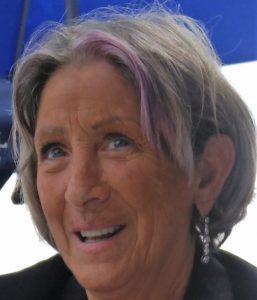 WESTFIELD – Colleagues remembered former City Councilor Barbara J. Russell, who passed away on March 22, 2017. Barbara served the City of Westfield from 1986 to 2001. Her husband, Richard F. Russell, a retired Westfield Fire Department captain and decorated U.S. Marine Corps Vietnam War veteran, passed away in 2011.
Councilor Mary O’Connell, who began serving Ward 4 after Russell left in 2001, said the first time she met her was after she was appointed to the Westfield Redevelopment Authority, and went before Russell, who chaired the Personnel Action Committee.
“What struck me at the time was her professionalism. She was cordial and warm, but very professional, asking me specific questions. She was a dedicated public servant,” O’Connell said.
City engineer Mark Cressotti also thought well of her. “I worked with her on the City Council and afterwards. She was pretty instrumental in moving the Great River Bridge through the Varelas administration. You’ll find her name on the plaque,” Cressotti said, adding, “I always appreciated working with Barbara, and I’m sorry to hear the news.”
Former Mayor Rick Sullivan said that he and Barbara were colleagues on the City Council and during his term as Mayor. “Barbara was the definition of a local official. She was available to her constituents, always listening and taking the pulse of what was important to them, and where the community needed to go,” Rick Sullivan said. He also spoke about her work on the bridge project, acknowledging how appropriate that her name is on the plaque.
“She was also very family-oriented, and involved in local athletics. First and foremost a wife and a mom, still she found the time to give back to the community, and serve on the City Council,” Rick Sullivan said.
“I served alongside Councilor Russell for many years. She loved Westfield and worked very hard for the children of the city. Barbara was all about family and keeping the simple things in life as the center of her work. She always had a smile on her face, and that was contagious,” said Mayor Brian P. Sullivan.
“If it was good for the kids of Westfield, the environment or for Parks and Recreation, it was good for Barbara Russell. It was such an enjoyable time to be in city government during her time in office,” the Mayor remembered.
Visitation for Barbara Russell will be from 12:00PM – 2:30PM on Saturday, April 8th at Firtion Adams Funeral Home, 76 Broad Street, Westfield, followed by a Funeral Home Service at 2:30PM.