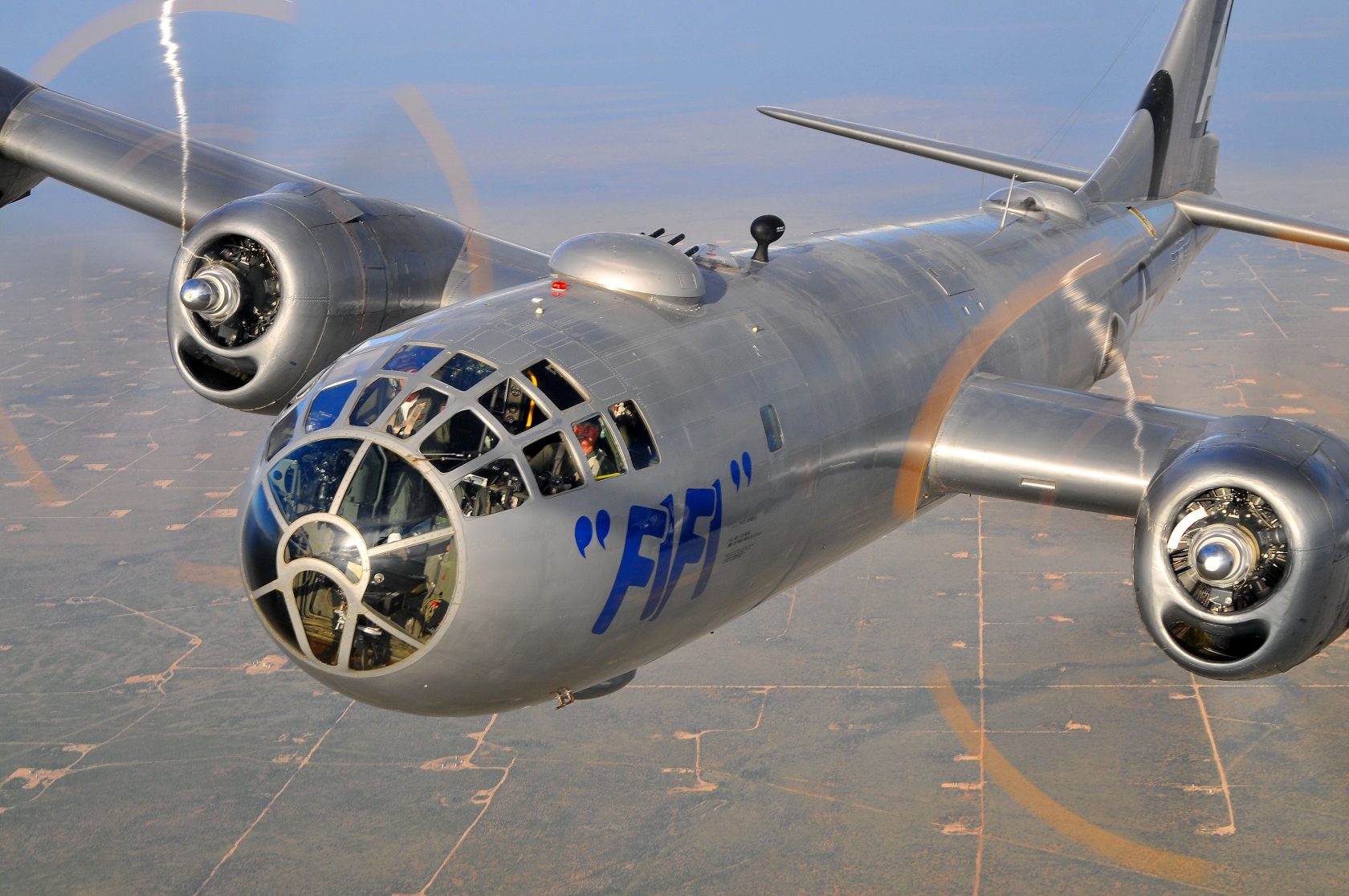 Iconic warbirds to view – or to experience during the ride of a lifetime – will include the B-29 Superfortress “FIFI,” a T-6 Texan, and a PT-13 Stearman. Additionally, the P-51D Mustang “Gunfighter” will also make an appearance.

The Commemorative Air Force (CAF) brings its history tour program to airports across North America each year, allowing visitors to view all aircraft up close, purchase rides, and tour the B-29 when the aircraft is not flying.

The Boeing B-29 Superfortress, the largest and most technically advanced aircraft of its time, was first flown in 1942.  The strategic bomber began active service in the U.S. Army Air Corp in 1944, and is best known as the aircraft whose missions over Japan helped bring an end to World War II. 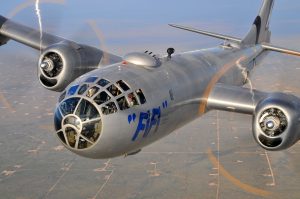 FIFI, a Boeing B-29 Superfortress, is one of only two flying B-29’s in the world. (COMMEMORATIVE Air Force PHOTO)

FIFI’s history notes that CAF members found her at the U.S. Navy Proving Ground at China Lake, Calif., where she was being used as a missile target. CAF members rescued and restored the aircraft and she flew for more than 30 years until 2006 when the chief pilot made the decision to ground her pending a complete power plant re-fit. After an extensive four-year restoration that included replacing all four engines with new custom built hybrid engines, FIFI returned to the sky in 2010 and has traveled coast to coast since.

While FIFI is the main attraction, the North American P-51D Mustang is best known for its speed, range and sleek lines, and became a favorite of Allied fighter pilots and bomber crews. The long-range fighter aircraft had a range of 1,300 miles that enabled it to accompany the bombers to their targets and back, as it was faster and more maneuverable than its German and Japanese opponents.

The North American T-6 Texan was an advanced flight trainer manufactured by North American Aviation, the same company that built the P-51 Mustang fighter. First flown in 1935, the T-6 introduced new pilots to a complex aircraft with more speed, 200-plus miles per hour, to prepare them for the warbirds they would fly in combat in World War II.

Lastly, the Boeing PT-13 was the primary flight trainer for all branches of the military during World War II. Officially named the Boeing Model 75, the plane is almost universally known as the “Stearman.” The iconic bi-plane had an open cockpit with a maximum speed of 135 miles per hour.

Cockpit tours of the B-29 will be available each day beginning at 9 a.m., except on Saturday and Sunday when they will begin at noon.

All aircraft will be staged at the Rectrix FBO ramp at Barnes, 110 Airport Road. Access to the ramp where the warbirds will be parked is $20 for adults, $10 for youth ages 11-17, and free for children age 10 and younger.

Rides may be booked in advance at AirPowerTour.org where additional information can be found. Passengers will be asked to wear masks at all times, and aircraft will be cleaned prior to and after each flight.

Through more than six decades of collecting and flying World War II aircraft, the CAF has become the world’s largest flying museum. Its fleet of more than 170 World War II airplanes are assigned to unit locations across the United States and are supported by 12,000 volunteer members. The CAF is dedicated to honoring American military aviation through flight, exhibition, education, and remembrance. For more details on CAF, visit www.commemorativeairforce.org.