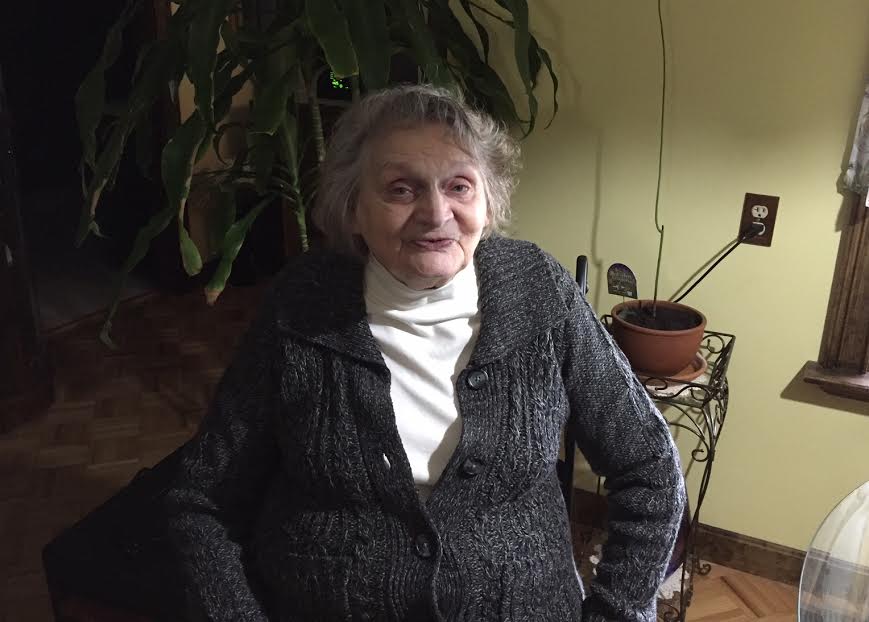 WESTFIELD – At the Westfield Senior Center, the Companion Program offers a number of ways for elderly in the city of Westfield who are 60 or older, to be assisted.

If an elder is interested, Companion Program Director Fran Aguda tries to find a volunteer who would match well with the potential client.

If the two people seem like a good fit for one another, a volunteer can transport the client to go grocery shopping, do errands and medical appointments. Friendly visits are also included which involve seniors who are home-bound and would like someone to spend time with them.

According to Aguda, the Companion Program has been around for about 28 years. When the program first started, there were just 25 clients. Now, Aguda says she has 200 people in the program.

“The whole idea behind this program is helping someone who is wishing to stay home as long as possible,” said Aguda.

While most of the hundreds of clients that have been in the Companion Program have solely been clients, there is a small batch of elders who have experienced the other side of the program; lending the helping hand. 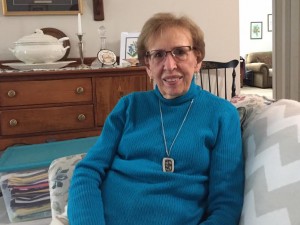 Fran Mahoney was a volunteer until 2015 and just recently began a client for the Companion Program. (Photo by Greg Fitzpatrick)

It was just until last year when Fran Mahoney was still volunteering for the Companion Program. Mahoney started off as a volunteer in 2006 and enjoyed her experience.

“I loved it,” said Mahoney. “It felt good and gave me something special to do.”

Mahoney, who is now 83, mostly did friendly visiting as a volunteer. Although she recalls occasionally driving one of her clients to her medical appointments, it was the friendly visiting that drew Fran into the program.

“I would stay there (at the client’s home) sometimes all afternoon,” said Mahoney.

As Mahoney has now quickly transitioned from being a volunteer to now a client, she is grateful for what the program offers for clients.

“I think it’s terrific that they have this program,” said Mahoney. “I don’t know what I would do without it.”

A few months ago, Mahoney began to feel quite sick and gave Aguda a call in an effort to sign up for the program. Mahoney doesn’t have the full services yet but is always ready to call her volunteer if she needs a friendly visit or a ride to her doctor’s appointment.

With Mahoney being a volunteer not too long ago, Natalie Masaitas was a volunteer for the program when it began its existence.

After 30 years in the military, Masaitas came back to her childhood home in Westfield and began to volunteer at the senior center, Noble Hospital, and in the Westfield Public Schools.

In the late 80’s when the program began, Masaitas saw another opportunity to help her community. 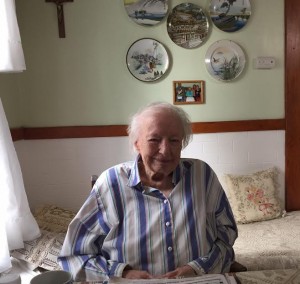 Natalie Masaitas celebrated her 100th birthday in July. She became a volunteer when the program first started 28 years ago. (Photo by Greg Fitzpatrick)

Remembering what her roles were as a volunteer, Masaitas used to help one of her clients, who was dyslexic, read and write on a daily basis.

Masaitas would also transport the client around to doctor’s visits and to go shopping, as well as the friendly visits at the clients home.

Despite the several hats that a volunteer sometimes has to wear, Masaitas never saw it that way.

After volunteering for 16 years, Masaitas thought it was an appropriate time to be a client of the program.

As she recently celebrated her 100th birthday in July, Masaitas, looks back on her time as a volunteer and saw the special bond that could be made with a client and volunteer relationship.

“Everybody was a different person,” said Masaitas. “Some people can see you that others can’t.”

Kelly, who is the caregiver for Masaitas, transports her to medical appointments. A volunteer named Chris, who is matched up with Masaitas in the companion program, has helped Masaitas adjust to not being able to do some of the things she could do when she was younger.

“I have a lot of help and it’s thanks to Chris,” said Masaitas. “I consider her one of my best friends now.”

For Roberta Norris, she can remember a specific client named Nora that she had when being a volunteer. Norris worked with Nora for at least 10 years.

Norris mentioned the friendly visits she would have with Nora. Although, Norris only worked as volunteer of the program with Nora for two hours a day, she sometimes spent six to eight hours with Nora. 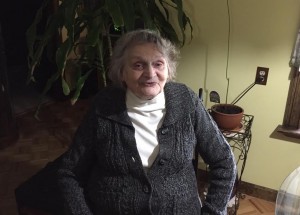 Roberta Norris was a volunteer in the program for 15 years and became a client just two weeks ago. (Photo by Greg Fitzpatrick)

Norris could recall the love that Nora had for shopping and they would sometimes spend hours at different stores.

As Norris is now 80 years old, recently, she was referred by nurses from Noble Hospital to give the Companion Program a try as a client.

Debbie, who is Norris’s daughter and also her caretaker, helped Norris get set up with a volunteer.

Close to the same age as Norris, a volunteer named Marie was recently selected to pair up with her.

Starting the program two weeks ago, Norris and Marie had dinner together in Norris’s home. According to Debbie, Norris was looking for someone to come to the home for a friendly visit and spend some time with Norris.

Already, Debbie can see the connection that is beginning to build with Norris and Marie.

In fact, when speaking with Debbie on Friday morning she noted that Marie may just be invited for dinner that night.

All three women have experience on both sides of the companion program. They know how different it can be from going to being a volunteer to now a client.

But, quite possibly the aspect that never changes, is the way the program brings people together, and to care for one another.

“People should live for people,” said Masaitas. “Not yourself.”