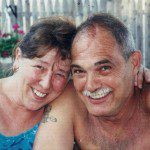 WESTFIELD – Daniel L. Cyr, 64, of Westfield died Monday August 20, 2012 along with his wife Pat. He was born on April 29, 1948 in Lawrence to Leo and Genevieve, (Pomerleau) Cyr and has lived in Westfield since 1973.
Daniel was employed as a truck mechanic for St. Johnsbury Trucking until 1981. He was a talented woodworker, a volunteer at the Forest Park Zoo, an avid NASCAR fan and a US Marine Corps Vietnam Veteran.
He leaves his son, James Cyr and wife Tracy of Holyoke; two daughters, Tanya Wheeler and her husband Charles of Westfield and Miranda Landry and her husband Keith of West Springfield. He was a devoted grandfather to his seven grandchildren; Katelyn Wheeler, Kenneth and Garrett Dejordy, Kyle and Sydney Cyr and Mya and Kaden Landry. Daniel also leaves two sisters, Nancy Gauthier of North Andover and Brenda Cyr of Greensboro NC , dear friends Pete and Marsha Peterson along with many nieces and nephews.
The funeral will be Friday, August 24, 2012 at 1:00 p.m. from Firtion-Adams Funeral Service, 76 Broad Street, Westfield. Burial in the Massachusetts Veterans’ Memorial Cemetery in Agawam will be at the convenience of the family. Calling hours will precede the service Friday at the funeral home from 10:00 a.m. – 1:00 p.m.
In Lieu of flowers the family requests that donations in Pat and Daniel’s memory be made to the Down Syndrome Resource Group of Western MA, 220 Brookdale Drive, Springfield, MA 01104 or the Forest Park Zoo, 302 Sumner Avenue, Springfield, MA 01108.
firtionadams.com