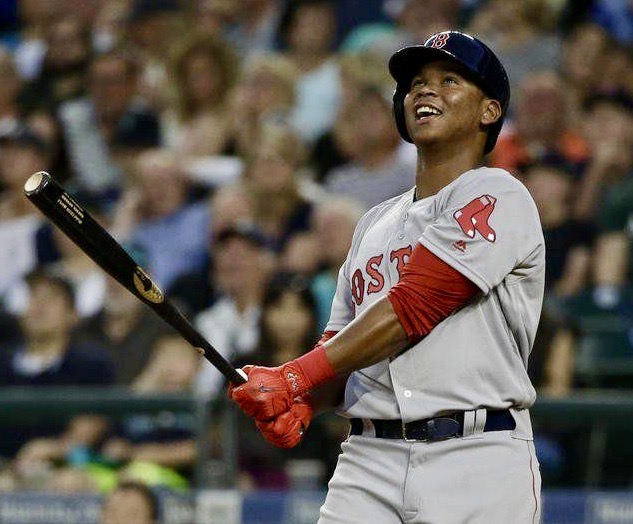 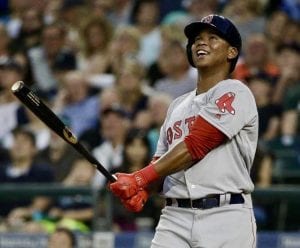 TORONTO – The Boston Red Sox tumultous offseason portended a doom-and-gloom outlook by most analysts and many fans.
First, All-Star outfielder Mookie Betts was traded to the Los Angeles Dodgers. Then, ace southpaw Chris Sale, after several opinions, opted to undergo Tommy John surgery, ending his 2020 season and likely more.
Red Sox fans can rest easy though as youngster Rafael Devers picked up right where he left off in 2019, stepping up the plate in a big, big way.
Devers (3-for-5, 2 runs, 2 RBIs) smacked two homers, including an eventual game-winning, ninth-inning solo shot with two outs to lift the Boston Red Sox past the Toronto Blue Jays 3-2 on opening day Thursday at Rogers Centre.
Boston closer Brandon Workman, after tossing a perfect ninth, was credited with his first save. The victory went to Red Sox reliever Matt Barnes (1-0), who went one inning, allowing no runs.
Toronto closer Ken Giles (0-1) suffered the loss in relief. He surrendered one hit and no walks in one inning.
Boston starting pitcher Eduardo Rodriguez allowed two earned runs on three hits over six innings. He struck out nine batters and walked five. 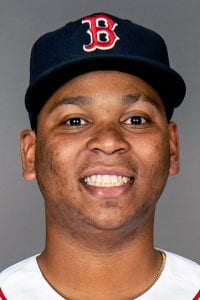 Boston (1-0) jumped out to the game’s first lead with a first-inning run. Toronto (0-1) tied the game in the bottom of the first. In the top of the second inning, the Red Sox reclaimed a one-run lead. The Blue Jays tied the game 2-2 in the bottom of the fifth. Devers’ ninth-inning heroics accounted for the final score.
Jose Peraza (2-for-4, RBI), J.D. Martinez (2-for-4), Xander Bogaerts (2-for-5), and Kevin Pillar (2-for-4) each had multi-hit efforts for Boston. Bo Bichette and Travis Shaw homered for Toronto.
Other memorable opening day moments:
– The defending champion Washington Nationals knocked off the Mets, 4-3, on a ninth-inning, tiebreaking home run by Howie Kendrick off Mets closer Edwin Diaz;
– Colorado’s Garrett Hampson’s RBI double followed by David Dahl’s two-run single keyed a 10-7, 10-inning victory at San Diego;
– Kolten Wong’s leadoff bomb off Raisel Iglesias in the top of the ninth lifted the Cardinals over the Reds;
– The Milwaukee Brewers walked off the Chicago Cubs, 7-4, on a bottom of the 11th, three-run home run by Brock Holt, while – Johan Camargo came off the bench to take Yoan Lopez out of the yard in the top of the ninth to propel the Braves past the Diamondbacks;
– Los Angeles’ Mike Trout homered twice in the Angels 9-6 win over the American League champion Houston Astros;
– and, Baltimore scored twice off Adam Ottavino in the seventh inning to ruin the Yankees’ debut of Gerrit Cole in a 3-2 Orioles win at Camden Yards.
Highlights from Day 2 (March 27th) included:
– Corey Seager’s two-homer day in leading the Los Angeles Dodgers to a 4-1 victory;
– Zach Wheeler’s successful Philadelphia debut, posting seven strikeouts in a win over Miami;
– Ryan McMahon’s 3-for-4 outing for Colorado, which included a home run and three RBIs;
– Anthony Rendon’s first home run as an Angel;
– and another home run from Devers.
Now, if you don’t want this sports fantasy ruined STOP reading as there are major SPOILERS ahead.
While Major League Baseball stadiums are barren all throughout the country due to the coronavirus outbreak, these game results and others were simulated by one of the most popular sports simulations, Strat-O-Matic. Every day at 2 p.m., Strat-O-Matic will announce the results, standings, statistics and key game highlights from that day’s scheduled contests through its website (strat-o-matic.com), social channels, and multimedia presentations.
Lineups and pitching matchups each day are selected in part by fans via social media, special guest managers and Strat-O-Matic’s own team of experts.
Full results, standings and boxscores are available at http://www.strat-o-matic.com/2020-season-simulation/.
“The opening day results reflect the realism and unpredictability of baseball,” Strat-O-Matic founder Hal Richman stated in a press release made available to media outlets. “I think it’s fitting that so many of today’s simulated results produced exciting finishes, and we look forward to how the rest of the Strat-O-Matic season unfolds, until the on-field games return.”
Fans with questions about any facet of the daily simulation can contact Strat-O-Matic at [email protected]