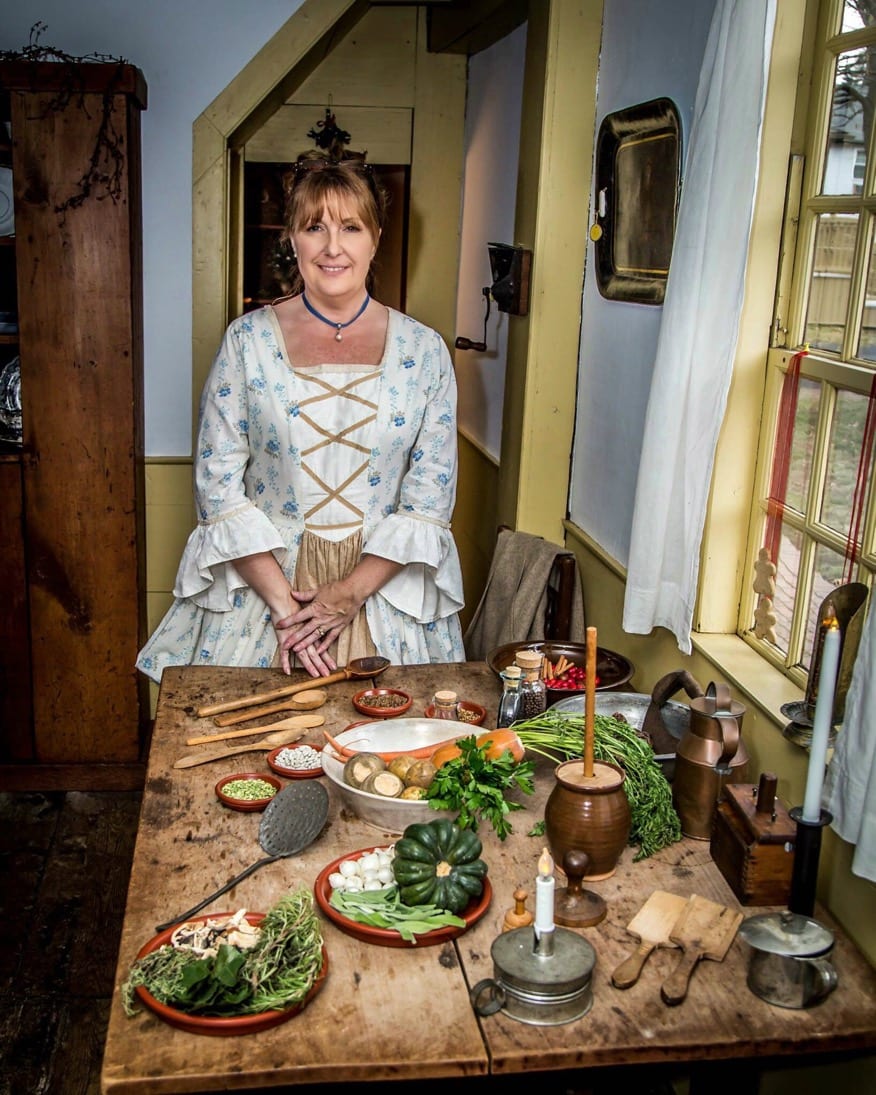 WESTFIELD-As community leaders and a legion of volunteers begin celebrations leading up to the city’s landmark 350th birthday in May, one home on South Maple Street has literally stood the test of time.

The Dewey House, built around 1735 at 87 South Maple St., will be decked out for the holiday season on Dec. 9 from 11 a.m. to 3 p.m. in conjunction with the Westfield on Weekends Holiday House Tours. Admission is free that day at the Dewey House. 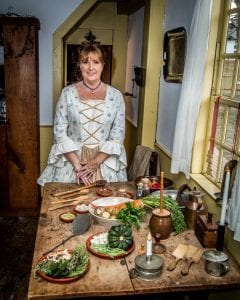 Julie Leavitt demonstrates how meals would have been prepared in the “new” kitchen at the Dewey House. (Submitted photo)

“The house will be decorated with its holiday finery, filled with the sights and smells of the season,” said Julie Leavitt, who serves as second vice president of the Western Hampden Historical Society, and a member of the Board of Trustees for the Dewey House. The society owns and operates the Dewey House.

“We have several volunteers who will be serving as docents and taking our guests on tours through the house and describing what life was like for the early settlers of Westfield in the 1700’s,” said Leavitt, who also offers presentations on the use of herbs in the kitchen or the garden when weather allows.

In the coming months, the city will be celebrated with a host of special events and visiting the Dewey House is a perfect way to experience those early years of the city up-close.

Dianne Fuller, one of the docents at the Dewey House, has gleaned details about early Westfield from many sources over the years, including Robert and Judy Brown of Westfield. Fuller said that according to the Browns, most people were farmers in the 1700’s. 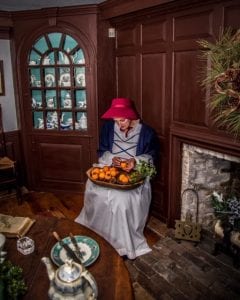 Jobs for city residents would have included blacksmithing, as well as working at grinding mills, sawmills and brickyards.

“The first teacher was hired in 1678 and taught in homes and probably the Meeting House,” said Fuller, adding there was no separate school building until 1701 and it was built near the corner of Main and Meadow streets.

Fuller noted that during the 1700’s, Christmas was observed as a religious holiday and not celebrated as we know it today.

“The early settlers in New England would not have decorated or even had special foods at that time,” said Fuller. “Christmas celebration was outlawed at that time. Christmas did not become a Federal holiday until 1870.”

Leavitt added that while there are several homes that are still in Westfield from the 1700’s, the Dewey House is the only house open to the public, serving as a museum and showcasing the way the colonists lived at the time. 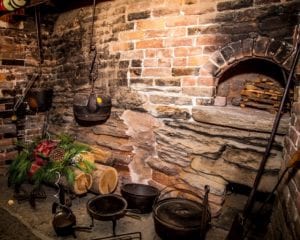 The stone hearth in the “new” kitchen at the Dewey House. (Submitted photo)

Fuller said a special piece in the collection at the Dewey House is a sampler done by Betsy Dewey in 1799 when she was 18.

“Betsy is the daughter of Benjamin Dewey and he is the grandson of Joseph Dewey who built the Dewey House in 1735,” said Fuller. “The sampler gives a listing of the children born to Benjamin and his wife Rhoda as well as the date of their marriage.”

Fuller added there is also a writing desk on display that is authentic to the house.

“Many people who visit our open houses will say, ‘I’ve lived in town all my life and have never been here,’ or ‘I never miss an open house – I love this place,’” said Leavitt. “As members of the Historical Society and the Dewey House, we know what a jewel it is for our town, and take great pride when we get to show it off.” 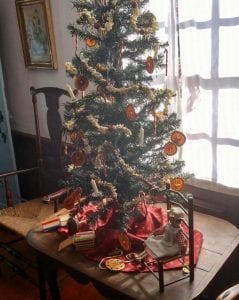 Decorations will adorn each room of the Dewey House during an open house on Dec. 9. (Submitted photo)

During the open house, refreshments will be served and a raffle is planned.

“It certainly holds a special place in our hearts, and we hope our visitors feel the same,” said Leavitt.

On a related note, for area residents who enjoy seeing how others decorate their homes for the holidays, the Westfield on Weekends (WOW) Holiday House Tours on Dec. 9 will feature six houses including one of the oldest in Westfield, circa 1760’s. The home, at 9 West Silver St., was built by Aaron Phelps for his bride Mary Noble, according to Bob Plasse, owner of the home.

“Folks who have seen the house before may like the new decorations, a recently renovated barn kitchen, and they will see the master bedroom on the second floor for the first time,” said Plasse, adding, “so it will be a new experience.”

Plasse noted that the house was one of the four sites that the 350th Committee chose for its ghost exploration recently by the Agawam Paranormal Society. 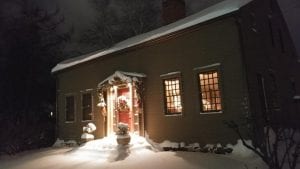 One of the oldest homes in Westfield will be on display during the Westfield on Weekends Holiday House Tour. (Submitted photo)

“There was extra special activity of the ghostly kind in the house,” said Plasse, adding that one of the previous owners had been a scientist on the Manhattan Project that produced the atomic bomb. He also invented envelope glue.

Tania Vancini, who is chairing the self-guided tour, said the other homes are equally as unique and intriguing as Plasse’s home.

“One home has over 20 uniquely decorated trees,” said Vancini, adding another home is a “visual delight” with a story behind most objects that visitors will see. “Look in the backyard and you will see a full-size coconut tree.”

“Another home is a very grand Victorian home that has just completed refurbishing 15 years in the making,” said Vancini, noting a second Victorian – a Queen Anne – was built in 1901.

The last house featured was also on the tour last year.

“The owner is allowing us to include her home for the final time,” said Vancini. “She is an extraordinarily talented, independent designer who has decorated her home once again in a jaw-dropping way. It’s simply unbelievable what she does.”

“The tour is so special and a fundraiser for WOW,” said Plasse.