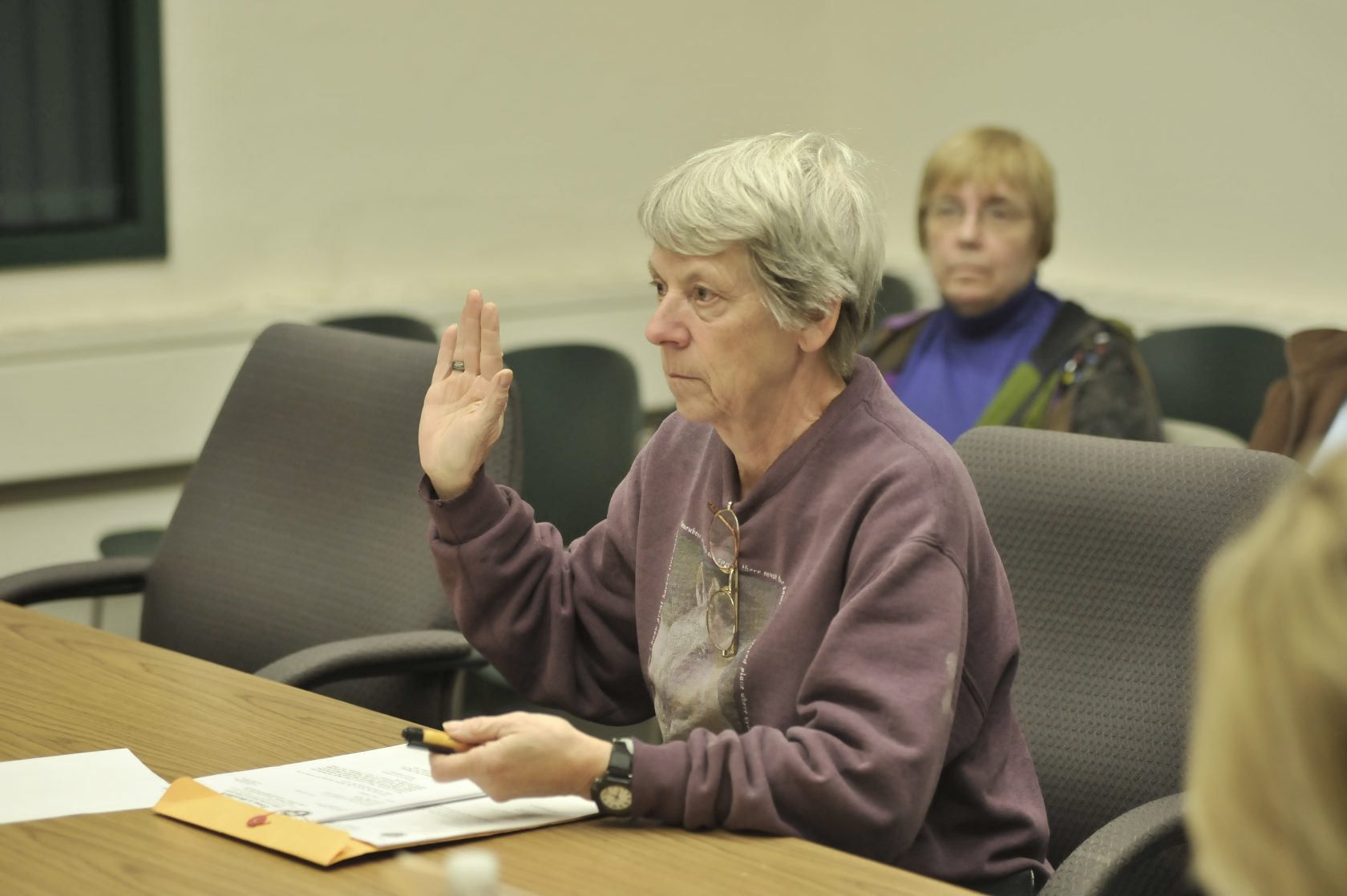 SOUTHWICK – A potenially dangerous dog has been ordered to attend obedience training by the Board of Selectmen.
Animal Control Officer Tracy Root met with the board Monday for a hearing about Bosco, a young rottweiler mix, who lives at 62 Vining Hill Road. The dog’s owner was notified personally by Root to attend the hearing, but did not show up and the board agreed to proceed with the hearing.
Root said the situation began out of town when the family took the dog camping in Littleton. Bosco bit someone, unprovoked, and Root was alerted by the ACO in Littleton.
Southwick ACO Brett Colson went to 62 Vining Hill Road to investigate and when the homeowner opened the door slighly, Root said the dog charged at Colson and bit him, again unprovoked.
Following a quarantine, Root said Bosco did not appear to be dangerous, but an untrained puppy.
“Brett seems to think he is a fearful dog without training,” Root said. “If you’re a dog and unprovoked, it’s likely a fearful biter.”
Root recommended Bosco attend training and she would assess him again once training is complete. Root said she would provide Bosco’s owner with a list of local dog trainers, including one that specializes in fearful dogs.
Root said the owner was “very receptive” to Colson.
Board members considered whether or not to continue the hearing until the owner could attend or make a ruling based on Root’s assessment.
Selectwoman Tracy Cesan supported Root’s recommendation.
“I think Tracy’s been very reasonable and the dog owner did not show up,” said Cesan. “I think we should demand the dog go to training.”
Selectman Joseph Deedy made the motion to require Bosco to attend the next session of dog training available in town, which Root said begins at the end of the month. Cesan also asked that certification of training be provided to the town and Root visit the dog once training is complete.