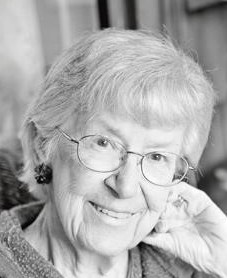 WESTFIELD; Dorothy Louise (Carney) Laudato, 90, died Monday December 14, 2015 in a local nursing home. She was born in Westfield on June 8, 1925 to the late Frank and Edith (Katt) Carney. She was a 1943 graduate of Westfield High School and a graduate of Kay Harvey Academy of Hair Design in Springfield. She was a hairdresser in Westfield and West Springfield for 8 years. She retired from both Corliss Adjustment Bureau and Mass Mutual both in Springfield. Dorothy was a volunteer at Paper Mill School Library and was the first volunteer at the Children’s casino Museum in Westfield. She was pre-deceased by her husband Joseph R Laudato in 2006. She leaves her daughters Bonnie L Gibney of Westfield and Linda R. Bush and her husband Roger of Russell. She also leaves 11 grandchildren and 14 great-grandchildren. She was pre-deceased by her son-in-law Michael Gibney and her granddaughter Pamela Gibney. A memorial service for Dorothy will be held on Friday December 18that 11 a.m. from the Firtion-Adams Funeral Service, 76 Broad Street, Westfield, MA. A calling hour will precede the service from 10-11 a.m. Burial will be private and in lieu of flowers donations may be made to a charity of one’s choice.