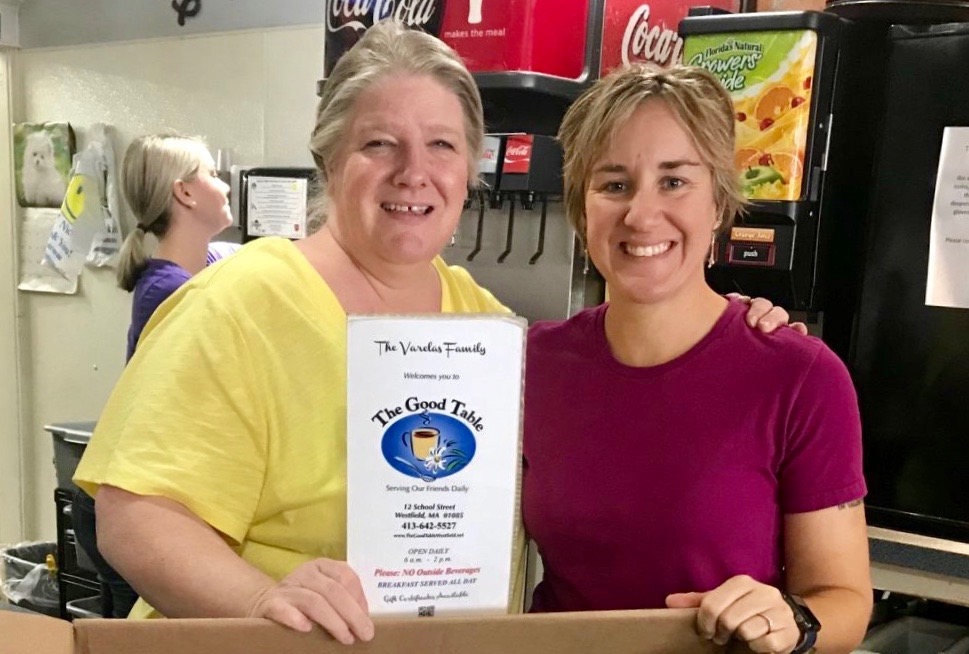 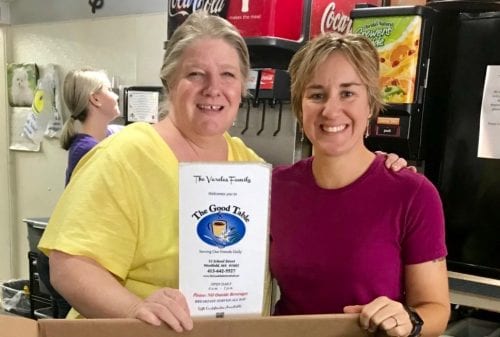 WESTFIELD – On Monday, Laurie Varelas of The Good Table at 12 School Street announced that she would be temporarily closing the breakfast and lunch restaurant due to the 25 percent capacity ruling by Governor Charles Baker last week.

“We have been covid-free through all this, but he knows best,” wrote Varelas on the announcement, adding that she would see everyone soon.

When reached, Varelas said Baker’s announcement of the new guidelines said it was for two weeks, but she is not confident about that timeline. “I honestly don’t think it will be two weeks,” she said, noting that there will be a hit from Christmas, and the same from New Year’s gatherings. “I’m thinking February,” she said.

“The governor is misguided,” said Dean Varelas. Both said all small businesses have been putting up protective equipment to safeguard customers.

“We need to keep staff safe and our customers safe,” Laurie Varelas said. “If I’m not seeing a profit, I can’t put the lights on, or the gas. I can’t keep taking from my personal fund.”

Laurie Varelas said the first time they closed in March, they lost food. This time, the closing was on her end, because 25 percent capacity doesn’t work for her restaurant. Even so, she said she will still lose some food.

One of the problems with 25 percent capacity, is being able to gage her orders. Varelas said she could put on one server, one cook and one dishwasher, but then with call-in orders, she could be understaffed. Then on other days, she will be sending them home at noon, when she’s open until 2 p.m. “Fifty percent capacity is not enough for us,” she said.

“If Baker would just let us run our businesses. My restaurant hasn’t had a COVID case. All we want is to go to work,” Varelas said.

Laurie Varelas said she and other businesses invested in plastic dividers and other PPE needed to keep everyone safe, even though the guidance kept changing; no masks at first, then masks, then plexiglass, six feet apart, 14 days quarantine, then six to ten. “We were following all the guidelines, We need to have our restaurants thriving and full,” she said.

Varelas said all of the small businesses are facing the same challenges, with some saying they are not going to adhere to the 25 percent capacity. “We’re all in the same boat, trying to stay afloat, keep our employees employed, families fed. Now I have eleven people going on the system that don’t really need to be on the system. It is emotional.”

Varelas also got emotional talking about her customers. “I thanked my regulars that supported us. It’s just not enough. I’ve had people offer to give me money. Just let us do what we know how to do. I pay my taxes, I pay my quarterlies. We can’t survive. It’s unfair,” Varelas said.

“We will reopen. Keep an eye out for us. If the lights are on, we’re open,” Varelas said. 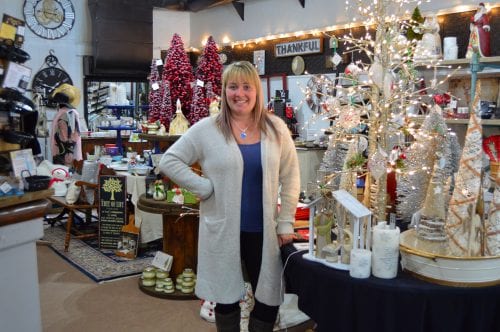 Another downtown business owner that announced a temporary closure on Monday was Jillian Knapp of Rosewood Home & Gifts.

“The 25 percent capacity makes it very tough for small businesses to operate. Honestly, It’s basically shutting down small business again. I can’t pay two staff to run the shop (one to help customers and do check out and one to man the door to keep count). When I looked at the big picture it didn’t make sense to stay open. It wouldn’t be worth the operational costs. All I need to worry about now is my rent, phone bill and a couple small utility bills since no one will be there using the electric. I felt horrible to tell my staff I made the decision to close but they all understood I was between a rock and a hard place,” Knapp said about her decision.

Knapp said as expected the Christmas season was not as busy as in year’s past, with traffic down in town overall. “Traffic was down for sure. Though, I am so very grateful for all those who did come downtown and support all of the Westfield business. It helped keep our spirits up and made me not want to throw my hands up, and give up,” she said.

Knapp said she will reopen. “As for reopening, I’m hoping for just about two weeks to let the holiday covid surge come and go but, realistically I see us closed for the entire month of January with a reopening in February. Reopening will also depend on the Governor and any restrictions that may be in place,” she said.