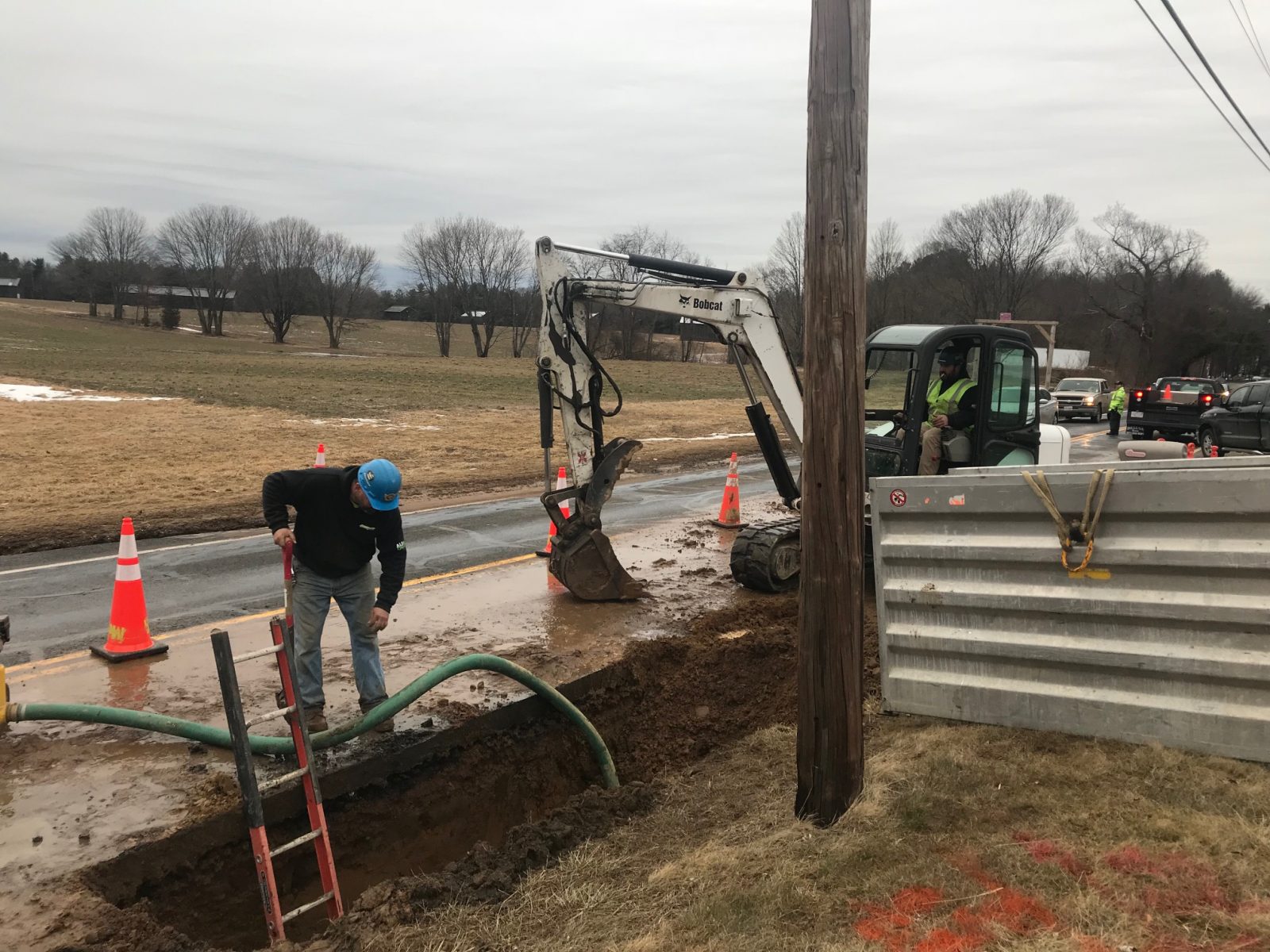 SOUTHWICK – According to a statement released by the Southwick Police Department, a water main break occurred around 12 p.m. on Wednesday afternoon in the vicinity of 48 North Longyard Rd. 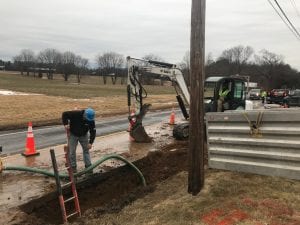 DPW Director Randy Brown told the Westfield News that workers are on scene evaluating the incident and have been excavating into the late afternoon. As of 4:15 p.m. on Wednesday afternoon, DPW workers were able to excavate down to the location of the pipeline and were working on the section of pipeline that failed. Brown added that “it’s hard to give any details at this point” as for the cause of the water main break. Although he did say that the particular water main is an older main and has broken in the past.

“In those situations, it’s not really known,” said Brown. “We’re getting it fixed, which is the most important thing.”

Brown also said that a leak occurred in a water main on College Highway shortly after the water main broke on North Longyard Road.  Near Westfield River Brewing on College Hwy, water was reported to be coming up from the ground.

While Brown did not have many details to release about the College Hwy incident, he did say that it was not major and the most pressing matter is the water main break on North Longyard Road.