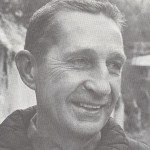 GRANVILLE – Edward John Schultz, Sr., 92, passed away on Monday, July 16, at Noble Hospital in Westfield. Born on September 28, 1919, in Westfield, MA a son of the late August and Bertha (Jakat) Schultz, he was a longtime resident of Granville. Edward was the loving husband of  66 years to Arline (Plouff) Schultz of Granville. He served his country honorably in the Army Air Corp. during WW II and was a POW from 1944-1945 at the infamous Stalag 17 B in Krems, Austria. After the war, Edward worked for the Western Mass. Electric Company for over 30 years, at their Cobblestone Hydro Electric Station, before retiring as supervisor. He and his wife enjoyed their winters in North Port, FL. Besides his wife Arline, he is survived by his two Grateful children, Edward John Schultz, Jr and his wife, Chris, of Granville, and Karen Schultz of Spokane Valley, WA; his brother, Richard of  Westfield; 5 sisters, Frieda Cassanelli of Springfield, Ann Harper of Palmer, Edith McGarry and Ruth Prouty both of Westfield, and Elsie Thompson of CT; 2 cherished grandchildren, Christopher and Carrie. Funeral services for Edward will be held on Thursday, July 19th, with a period of visitation from 10:00-11:00 a.m. at Southwick Forastiere Funeral Home, 624 College Highway, followed by a funeral home service at 11:00 a.m. Burial will be private. In lieu of flowers donations in Edwards name may be made to the Parkinson Disease Foundation, 710 W. 168th Street, New York, NY 10032.