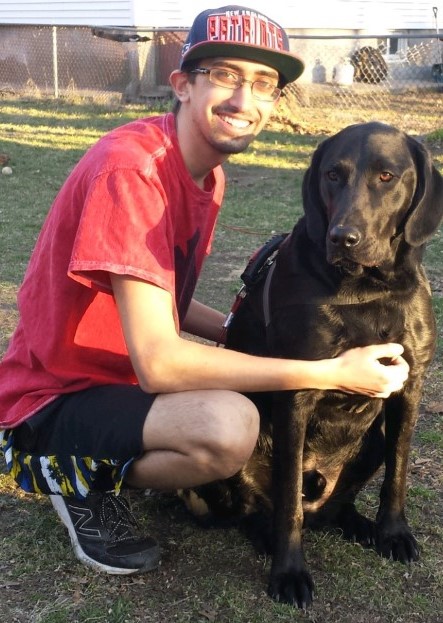 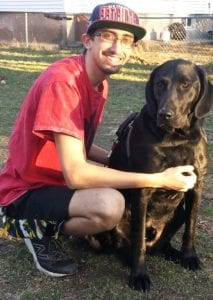 WESTFIELD – Edward (Eddy) W. LaPierre,  (1996-2020) of Westfield died August 20, 2020 from a sudden, unexpected illness. Edward was born March 22, 1996. He was a graduate of Agawam High School and attended Holyoke Community College. He worked at the American Inn in Southwick where he enjoyed the encounters with the residents. He took great pride in the job he did and enjoyed working with all the grounds crew.

He is survived by his father and best friend, Craig LaPierre and his stepmother Tina LaPierre. He also leaves his beloved dog and best friend, Bailey. Eddy leaves his  stepbrothers, Jorden, John and his fiancé, Kayla, Chris and his wife, Rachel and stepsisters, Helene and her husband Nate and Janeane and her husband Chris. He will be dearly missed by his paternal grandparents, Robert and Maureen LaPierre,  affectionately named by Eddy and known to all the grandchildren as “Grieka and Pop-op”; Auntie Jenn and Uncle Ronnie Crain of Southwick; Auntie Lori and Uncle Mark of South Hadley; Masi Jigna and Masa Aneesh Narang of Arizona. Eddy was the oldest of nine cousins leaving behind Joseph, Sophia and Madison Crain, Fynnly and Greyson Kendall and Ettan, Bodhi, and Zayn Narang. Eddy also leaves behind extended family of cherished aunts, uncles, cousins, nieces and nephews.

Edward is predeceased by his maternal grandmother, Nani Ma Nila. He is survived by his mother Parul and her husband Scott of Agawam, MA

Eddy had a heart of gold and would do anything to help someone in need. His smile and laughter filled our hearts. Eddy’s memory will live on as he now soars over us looking down from above.

The wake for Eddy will be held at the Curran Jones Funeral Home,  Agawam, 745 Cooper Street on  Sunday, August 30 from 2:00 to 4:30 pm followed by a private funeral service.