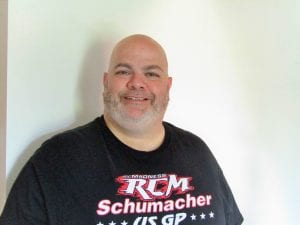 WESTFIELD = After years of struggling to cope with his traumatic childhood, David Martins was skeptical that BHN would be able to help him with his mental health. However, after receiving services from BHN for roughly seven years, David can confidently say that BHN has had a larger impact on his mental health than he ever imagined.

When he came to BHN for a mental health evaluation, David was diagnosed with anxiety, depression, and PTSD, largely brought about by the trauma he experienced as a child. His father was often hospitalized due to a rare neurodegenerative disease and died when David was only 19. In addition, his mother abused him throughout his childhood. David’s PTSD diagnosis surprised him – “When you think of PTSD, you think of people that served in the military, and I never did,” he says.

PTSD, or post-traumatic stress disorder, is a mental health condition that can develop in individuals who experience or witness a traumatic event. Individuals with PTSD often have intense thoughts and feelings related to their trauma, which can take the form of flashbacks, nightmares, or debilitating anxiety. They can also experience emotional numbness or trouble thinking and concentrating, along with a wide range of other negative physical and mental changes. The symptoms of PTSD can interfere with daily life, but for individuals like David, there are many therapeutic techniques that can help them cope with the disorder.

At BHN’s Carson Center, David’s therapist, Martha Klaczak, introduced him to eye movement desensitization and reprocessing therapy, better known as EMDR. EMDR helps people with PTSD re-process their trauma by having them relive traumatic memories in short segments, in effect weakening the psychological impact. At first, David doubted the effectiveness of this kind of therapy – “It almost sounded hokey to me when Martha explained it,” he recalls, but his sessions with Martha allowed David to gain some control over his past trauma. After a few years, David was even able to partially rebuild his relationship with his mother before she passed away.

Martha also introduced David to the Carson Center’s Dialectical Behavior Therapy, or DBT, skills group. In this therapy group, David learned techniques to manage distressing emotions and avoid conflict in relationships. While other people have cycled in and out of the group, David has remained for the past three years and has benefitted immensely from the lessons taught by the group’s instructors.

Both Martha and the DBT skills group have served as powerful support systems for David over the past few years, especially when his mother was in the hospital before her death. “It was probably one of the toughest times I went through,” David says, fighting back tears. “If it wasn’t for Martha, the group, and Ella, my psychopharmacologist, I don’t think I would’ve been able to hold it all together. I definitely would have come unglued.”

Though David has used the services of other therapists in the past, he says he’s never met anyone like the staff at BHN, and they have been a pivotal part of his recovery. “Everybody here is amazing to come into contact with. Without BHN’s Carson Center and everybody here, I’m not sure where I’d be in life.”