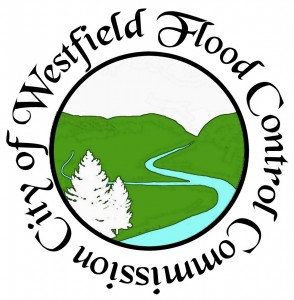 WESTFIELD—After a two-year lull, the Westfield Flood Control Commission (WFCC) is once again attempting to get federal funding to rehabilitate two major dams in the city.

The WFCC has renewed its application with the National Resources Conservation Service (NRCS), which is overseen by the United States Department of Agriculture (USDA), for an as-yet-unspecified amount of “funding consideration” for repairs to the Arm Brook and Powdermill Dams and Reservoirs. The application for funds was last submitted in 2015 but was put on hold at the federal level through 2016. Now, according to Al Giguere, WFCC chairman, the program is possibly starting once again.

“Hopefully this year, if Congress funds the US farm bill, we can fund the initial step for rehabilitation process,” Giguere said.

The US farm bill is the omnibus bill that deals with many topics and legislation under the USDA’s scope.

According to Giguere, if the money is made available, funding for a rehabilitation process on the Arm Brook and Powdermill Dams could be possible, especially considering the status of the dams.

“They will go through a selection process and we should be high on the list because they are considered high hazard dams,” Giguere said.

The two dams in question are considered high hazard because of the area that they protect. According to Giguere, if they should fail during a flood damage could occur portions of the Massachusetts Turnpike in the area, Routes 202 and 10, portions of the Union Street corridor and parts of the railroad system in the city.

Additionally, Giguere said that both dams are past their life expectancies, which is about 50 years. The two dams were built in the early- to mid-1960s, as part of the Powdermill Brook Flood Control Project. Also, the dams have seen damage caused from silt and erosion, due to previous decades of non-upkeep and maintenance.

According to Giguere, previous coverage of the city’s dam infrastructure by The Westfield News may have helped their cause.

“I just know that the NRCS had made me aware that officials in the higher levels had made note of the article, had caught their attention,” he said. “It highlighted we are on top of things and we are aware of what’s going on.”